A Response To Fritz Lang's Film "M"
Odyssey
CurrentlySwoonLifestyleHealth & WellnessStudent LifeContent InspirationEntertainmentPolitics and ActivismSportsAdulting
About usAdvertiseTermsPrivacyDMCAContact us
® 2023 ODYSSEY
Welcome back
Sign in to comment to your favorite stories, participate in your community and interact with your friends
or
LOG IN WITH FACEBOOK
No account? Create one
Start writing a post
Entertainment 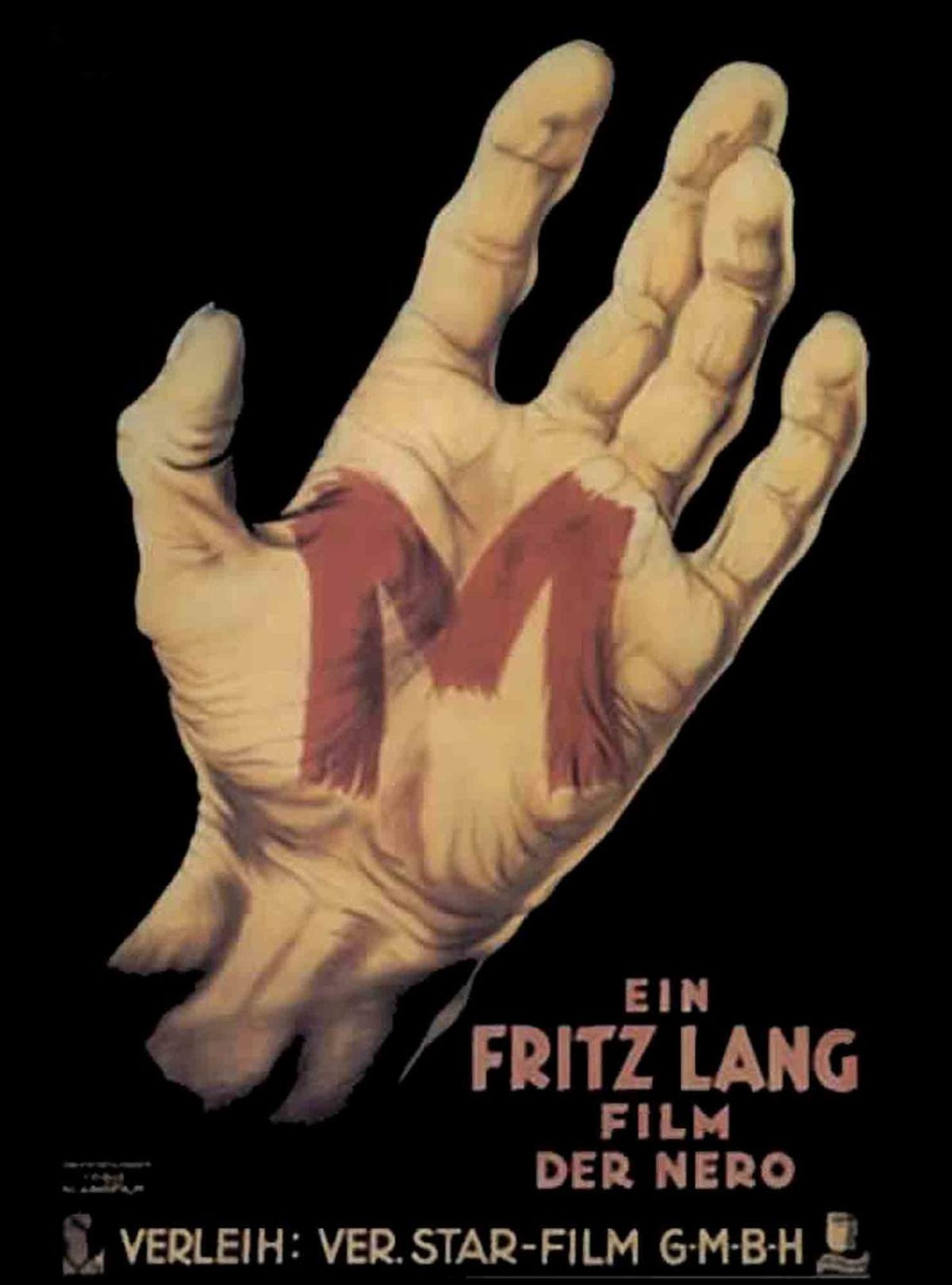 M is a 1931 film that blends anger with sympathy, criminals with police; justice with unfairness. Someone will always be upset with the verdict and will always be blaming the “murderer.” Fritz Lang deals with the struggles and trauma of these characters beautifully by simply allowing them to externalize and act out their nature. I don’t know if Hans is the only murderer in this film. Lang uses Expressionism as a cry for help, a desperation that each character faces. Who is truly to blame for the murders? Is Hans to blame, or is the society that has shaped him at fault?

The lingering pain and distress of World War I permeates through numerous characters. We see war veterans begging on the street, walking on crutches with a wooden leg, and holding their ears at the shock of loud music. It is interesting to see how the social dimensions are very much fragmented while unified at the same time. People are becoming more connected and progressive as mass media begins to take over and in ways contaminate society. Individual expression and thoughts get squandered at the sight of an intriguing headline. There is a vicious cycle between heinous acts and the media. They feed off of each other and bring people together in the worst of ways. Human nature has a fascination with murder, death, and crime, and the media knows how to play into the intrigue. While there is this community formed by the mass media and progression of the times, there still is dissonance between the mass and those who don’t quite fit into society. Whether they are tormented by themselves due to the war or other internal issues, society doesn’t know how to interact with them. There are brief moments of understanding, one being when some men nod their head in agreement as Hans screams out saying and wishes he could get away from himself.

This film reminded me of how Virginia Woolf threads the theme of war into most of her novels. These war characters are outside of the circle, and whether people try to help them or not, most of them were seen as ill. Hans is an example of rejected case, an abandoned object like those that surround him and hide him from the outside world. The street is an open and vulnerable place, yet murder and corruption take place on the street everyday. People are almost too close to see what is actually going on. In fact, it is the blind man, the man who sees through sound that is able to identify the murderer. There is a power in the scene where the blind man hears the eerie whistling that has bled into several scenes of the film. When he puts his hand on Hans at the end of the film, he becomes a superior being, hovering over Hans. The blind man is not looked upon as a lower, disabled man, but a man who sees in ways others can’t.

The theme of nervousness comes into play as well and even reminded me of Phyllis fidgeting and walking back and forth in Double Indemnity. The film portrays the culture of nervousness that mothers, Hans, the police, and even the criminals feel. One scene shows birds in a cage moving back and forth, as if they are unable to stay still. Hans can’t help but whistle to calm himself. A woman repeatedly touches a piece of cloth on her lap as Hans begs the mass of people to understand. These are patterns, repetitive actions that express the impatience and anxiety of not just the accused or the guilty, but the innocent.

Nicole Marie Nigro
Individual Creator
6112
c1.staticflickr.com
Where to start...... Let me start with the cliche that life throws us curveballs and what we do with it is what counts.