A Response To Colgate Professors', "Open Letter On Athletics At Colgate"
Odyssey

A Response To Colgate Professors', "Open Letter On Athletics At Colgate" 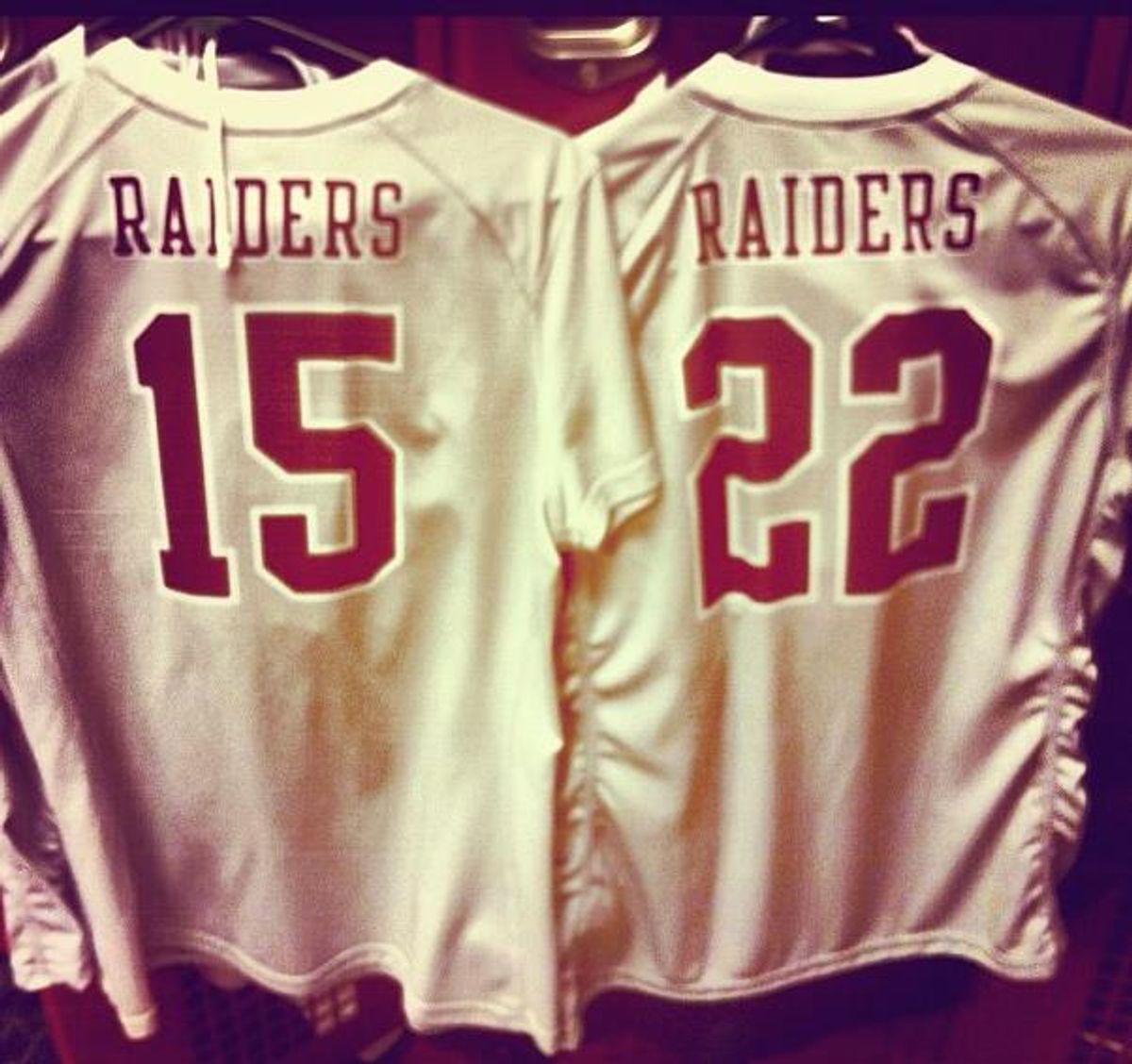 It's the first day of class and the professor has everyone doing the dreaded ice breaker: say your name, where you're from, why you want to take the class, and what activities you're involved in outside the Colgate classroom. As your turn to "break the ice" approaches, you decide whether or not to say you're on a sports team. It's a toss up between your Raider pride and your student reputation; your athletic passion or (what could very well be) your academic demise.

Don’t get me wrong—there are many Colgate professors who support our double status, but there are also some that don’t. For example, in the middle of my freshmen year, 63 professors decided to draft and sign a document entitled “An Open Letter on Athletics at Colgate.” The letter expressed concerns about the place and impact of athletics within the university—a university said to solely be “for the [fundamental] advancement of intellectual work and academic life.”

I soon realized that this—what I interpreted as the professors’ disapproval of my sport and athletic passion—was something I was going to have to deal with for the next four years. In sports terms, this was a knock down. But just as in sports, getting knocked down only means getting back up and fighting. And so here, my fellow student-athletes, are some fighting words for any of you who happen to find yourself in the ring with a professor this year:

I think I speak on behalf of most Colgate student-athletes when I say that we are students first and athletes second. In the letter, you express the idea that athletics has “created two cultures on campus” and that “athletes are often isolated because of the immense demands on us.” However, I believe that adding “athlete” to our status on campus does not make us any less of a student. In fact, I believe that it enhances our status as a student.

As athletes, we are disciplined. We must manage our time effectively, work endlessly, and learn efficiently. We are the ones who study the syllabus, checking to see if we will miss any classes, assignments, or outside lectures; we are the ones who come to office hours, asking for help in case we’ve happened to miss a class or two; we are the ones who build strong student-professor relationships because we spend so many hours in your office; and, although it may not be the most ideal study space, we are the ones opening our books on the bus most Saturday nights.

So, while you believe that the travel and the games and the early morning practice hours leave us “exhausted,” I believe that it leaves us with a set of skills and virtues that only students can acquire by being an athlete as well.

In your letter, you also recognize that “interscholastic athletic teams are no longer seasonal activities.” You say that we are “conscripted into yearlong programs of team-life, training and competition;" that “coaches often dictate an inordinate portion of our daily, weekly, yearly schedules” and because of these demands, “we are isolated … cut off from mainstream campus culture and academic life.” You are right in saying that our sports are now yearlong programs, but you are wrong in saying that our coaches dictate an inordinate portion of our lives.

We know that we cannot participate in some of the mainstream campus culture that other students can because we know we represent something bigger than ourselves. We are role models to the kids of the community and representatives of our team, of our school.

In the end, we are some of the most self-aware, self-reflective and self-cognizant students. And isn’t that at the core of intellectual advancement?

In your letter, you also state that “Colgate, like the rest of the colleges and universities in the United States, was founded for one purpose—the higher education of it's students;" you say that “the time commitment among Colgate student-athletes has reached a place of excess that has resulted in an encroachment on academic life in ways that are at odds with the fundamental mission of education at Colgate.” I understand that Colgate was “founded for the purpose of higher education”, but I also understand that Colgate was founded by thirteen men with thirteen dollars, thirteen prayers, and an extraordinary mission in mind.

You see, to me, “higher education” is something more than just intellectual inquiry and scholarship. A “higher education” is one that encompasses both intellectual pursuit and athletic pursuit. Having a Division One Athletics program, attracts students who not only want to compete at the highest level of sports, but, more importantly, want to study at the highest level. We student-athletes came here because we ultimately didn’t have to make a choice between advanced academics and advanced athletics. Here, we are able to receive the best of both worlds.

Student-athletes give Colgate diversity. We are the ones who have been juggling our sport with our schoolwork our entire lives; we are the ones who know how to cooperate well with others, communicate clearly, and work hard; we are the ones who “get it”. We get that these are probably the last four years playing our sport; we get that we probably won’t go play professionally or make it to the big leagues; we get that. So, that is why we came to Colgate—a college where we are not only able to play our sport for four more years, but, more importantly, where we are able to get a good education that sets us up for the rest of our lives.

Which brings me to my last point … the rest of our lives. As athletes, sports will always be part of our lives. The key word here that many professors seem to miss is part. Sports will not dominate us or rule us or control us after college; they will simply be one part, one aspect of our lives. After college, we will go out and find “real jobs;” we will make it in the “real world.” So, when you say that athletics at Colgate “comes at a cost to personal growth and academic progress,” that athletics hinders our success in the world, I say that is not true.

Colgate graduates 99 percent of all its student-athletes. It ties for the number one graduate success rate in the Patriot League and ranks fourth in the nation, only behind Brown, Dartmouth, and Notre Dame. Has bred some of the most successful people I know. It has not only bred successful scholars, but successful professionals and leaders who have taken their education outside the intellectual realm.

Look at Bob Woodruff. One of the best lacrosse players to ever go through Colgate, who is now co-anchor of ABC World New Tonight. Look at Mark Murphy. A four-year starter for the football team who is now President and CEO of the Green Bay Packers. And even take a look at our own Vicky Chun. Vicky is now our Athletic Director. But first, Vicky played and coached Colgate volleyball for many years. She is the only female athletic director in the Patriot League and one of just 28 women leading a Division One athletic department. I’d say these former Colgate student-athletes did pretty well with the rest of their lives. And, if you give us the chance, I believe that you, too, will someday be able to say that we did pretty well with the rest of ours as well.