Rejoice in your snake or gecko's validity. 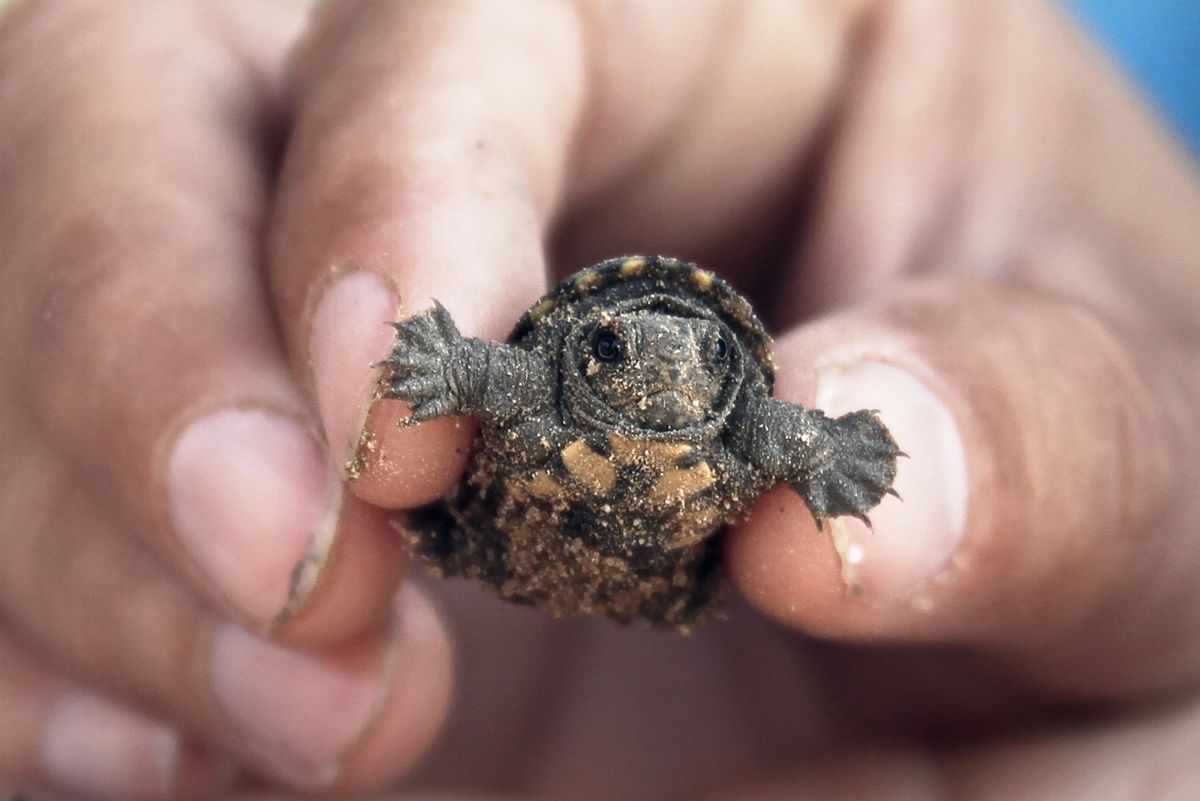 I have had my leopard gecko, Pixie, for nine months, and every day that she pokes her head out of her hide, I can't help but love her more. Unfortunately, the first reaction from most people when they meet her is one of disgust and aversion. This stigma is unwarranted because she's actually adorable, so here's a list to prove that reptiles are completely valid pets.

1. They live a really long time

Depending on the species of reptile, they could live from four years to fifteen or twenty years. It's not like hamsters that always seem to die after six months. This is an investment in your future and a best friend whose lifespan is the same as a dog or cats.

2. There's a bunch of varieties to suit any taste

Whether you decide you want a snake, a turtle, a frog, a tortoise, or a lizard, there are different varieties of each to suit your tastes. Maybe you hate bugs and want a vegetarian, so you get a bearded dragon. Maybe you don't mind bugs and want the cutest lizard ever, so you get a leopard gecko. Different species have different tendencies and offer new experiences, so there is something that will fit your taste.

3. They typically don't smell, unlike any rodent ever

In the nine months I've had Pixie, no smells have emitted from her tank. Honestly, the only instance of stinkiness from a reptile I can think of is a friend's bearded dragon that had the horrible habit of using his heated rock as a toilet (but this isn't an issue for leopard geckos because they designate a certain area of their tank as their toilet area). If you clean the tank weekly or biweekly, there should be no issues.

4. No fur so no allergies

Animal allergies are caused by their dander in their fur. Reptiles have no fur, so no chance of getting the sniffles from them. Granted the skin is something that people find off-putting, but just not having to brush them is worth it.

Depending on the species, you could feed your reptile a couple of times a month. Their metabolisms are incredibly slow compared to ours because they're cold-blooded animals, so they eat far less often. So you don't have to worry about feeding them every day and night, like say, a dog. I feed my gecko every other day and she's completely happy. And like I said above, if you don't like bugs, you could get a vegetarian reptile. And if you don't like live bugs, but can handle bugs in general, there are lots of different options for freeze-dried insects that will satisfy your scaled friend.

Reptiles are cold-blooded animals so they don't create their own heat. But they love heat and need it to survive. This means that they are the perfect cuddle buddies because we as humans produce huge amounts of heat that just gets converted into other forms of energy. Reptiles love this heat and will be perfectly content to lay in the crook of your arm and be content for literally hours.

7. Being alone is not an issue

Even though they love to cuddle, reptiles are perfectly fine with being alone for a couple hours or even a couple days. Even though I totally suggest giving them attention on the regular, they are not high-maintenance pets that you need to keep an eye on to make sure that they don't get in the garbage or accidentally eat chocolate. Think of reptiles as fish you can actually play with.

8. Decorating tanks is so much fun

Whether it's an oasis for a turtle or a tank for your snake, one of the best parts of having a reptile is decorating their little home. A dog bed could be $40, but you could spend that much and furnish a whole ten-gallon tank. You get to create a little world for your pet, something that is unparalleled when it comes to cats and dogs.

9. They don't move too fast

When I was younger, I had lots of hamsters, every single one of which I lost because they decided to disappear under sofas or refrigerators or entertainment systems. Reptiles don't move too quickly, it's that whole low metabolism thing, and even when they are trying to run, they're just looking for a place to hide. One time Pixie hid in a pillowcase for two hours, just hanging out. But the point is: they're easy to catch. Let's take a moment of silence for all of my lost hamsters though.

10. They actually care about what you're doing

Reptiles are watching you just as much as you're watching them. Pixie will stick her head out when she hears me come in, and she always stays out longer if I'm talking to her. It's not like a rodent that wants nothing to do with you and just wants to escape. Reptiles are aware that you are who feeds them, and that you are that warm cuddly being that makes them feel all warm inside (literally). It's a totally symbiotic relationship.

11. Small space, but lots of promise

Reptile tanks could seem relatively big when in comparison to say a beta tank, but if you think about it, their entire existence revolves around that four square feet of space. And within that space, you create an entire ecosystem for your pet to enjoy. Also, since they are in contained tanks, most apartments don't make you pay a pet deposit on them. That small space is holding a lot more promise now, isn't it?

12. Low-maintenance pets are the best pets

13. College is expensive and reptiles are not

Once you set up the tank, you can take care of your reptile on the cheap (you can also set your tank up cheaply if you go for homemade instead of store-bought, which I highly suggest). I spend less than seven dollars on food every month, and really that's my only expense. There's no need to spay or neuter. No vaccinations, no cost of replacing couch fabric because the cat's been sharpening their nails. As college students, money is always tight no matter how much you have, so reptiles are obviously the best option.

Okay, so you've been to the zoo, right? And you walk into that one building over by the elephants or chimpanzees with all the snakes, lizards, frogs, and spiders. An atmosphere is created by all of these amazing creatures, and you could have that in your house! Reptile tanks are not only aesthetically pleasing, they're just cool. What a cool conversation starter, right? "Oh, this is my leopard gecko! She's sleeping right now, but if you want to see her, we'll check in on her later. I'll even let you hold her!" Boom. Instant friendship. But honestly, if they're in your house, they should already be your friend. Don't invite strangers home, kids.

15. They are so incredibly cute

Reptiles are incredibly expressive. If they are happy, they'll smile. If they are upset or annoyed, they'll show you-Pixie actually screams, and it's both the cutest and scariest sound you will ever hear. There is a reptile out that will suit your interest, you just have to be open to see their beauty.