Media Has A Hand In Hurting People Of Color
Odyssey

Media Has A Hand In Hurting People Of Color

Use your imagination when it comes to characters. 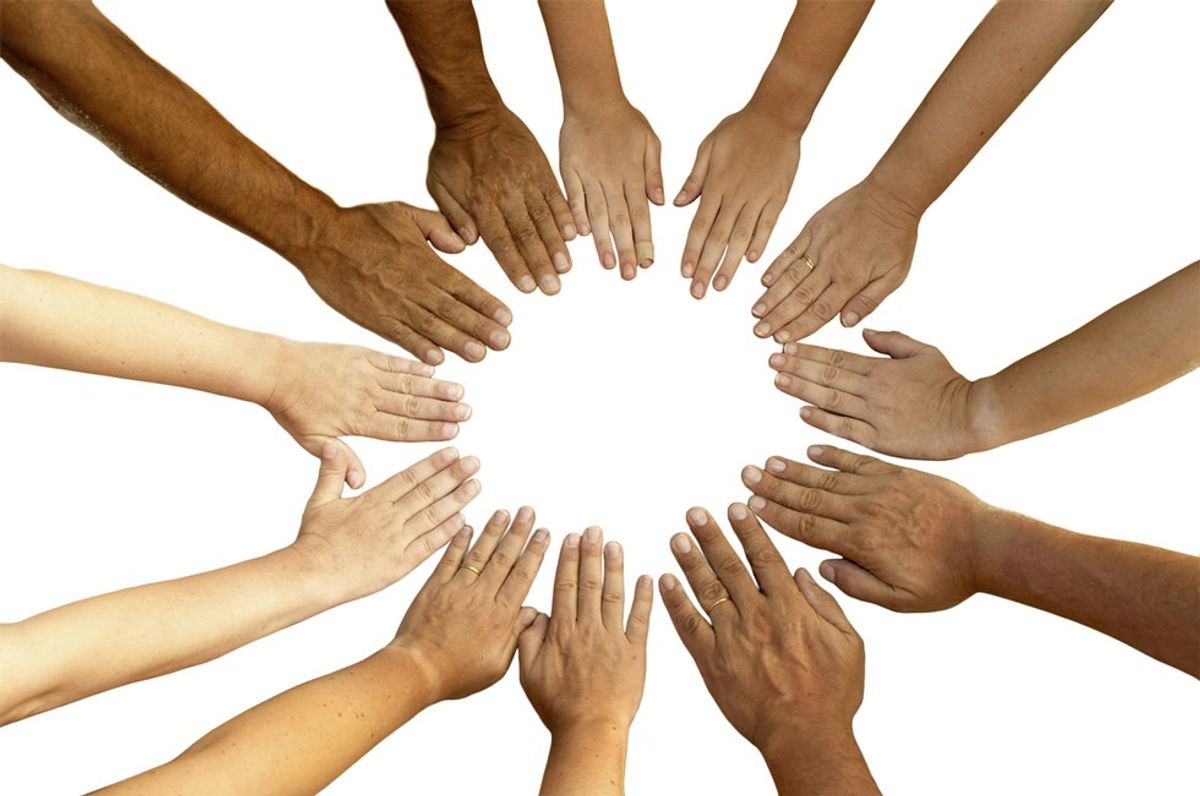 If you're a person in America, it's highly likely that you're involved with some form of media. Whether you watch TV, a show online, movies, play games, read books, drive by a billboard on the interstate, whatever, you've likely engaged with it in some form.

Most of what I do revolves around media in some way, and one thing I do when engaging with it is to look for the characters that look like me or are different from the norm of a white person. I usually look for a black person. This isn't something that's unique to me, but I take special interest in seeing other black people represented due to how little they appear in media to begin with.

The social circles I'm in are all fairly diverse, but I'd be hard pressed to find that kind of diversity in media. I get that those in control of the representation are doing what they do with the interest in their media in mind, rather than the desires of one insignificant guy, but I believe that it's a practice that needs to change. In most TV shows, the leads tend to be white. While there's nothing wrong with that, the lack of representation for other races definitely gives most shows a stale feeling. Of course, because my social group is more of a peripheral demographic, that doesn't tend to matter.

Representation is important for many reasons. Good representation of many different people allows others to better empathize with those that don't look or think like them. There's this Racial Empathy Gap that exists and suggests that it's hard for people (black or white to name races that were mentioned in the link) to empathize with black people when they experience pain. Because other black people also displayed an empathy gap towards members of their own race, racial prejudice couldn't exactly be drawn as a concrete conclusion. Assumptions about what it means to be black (with things like social status and hardship in mind), as opposed to assumptions about black people, might have been behind the gap.

The article then mentions the underlying belief that there is a single black experience that may have to do with the empathy gap as well. That belief may have some sort of merit, being that a good number of black people will talk about The Black Experience, but it's a bit too presumptuous to assume that all black people share this "experience" and quite troublesome for that belief to influence how you empathize with another human being. This of course brings us back to representation. People of color are simply underrepresented in media, and when they do appear, it's typical for them to fit very common archetypes that are barely, if ever, representative of a real life person of color, as opposed to their white counterparts. There are many different and well known stories showing white people in a multitude of environments showing us, the audience, that they're able to thrive wherever they are. The issue there is that they're writing white people as they always have: As people.

Keep in mind that there's nothing wrong with that inherently, but to write white people as people and people of color as a trope that typically applies to that person of color could barely be considered representation. That's because it gives an inaccurate representation of your common American of Color, relegating them to a stereotype. This also insinuates that white people should be considered the "default" with anything other than this implied default is some sort of deviation to be used when the situation calls for it. I understand that there's no ill intent in making a story where people of color are merely background characters. That's just how it goes if you want your story to be popular, but this isn't how things should be, considering the effect it has on people. If people of color were to be give the chance to be lead characters, considering the lead characters are the characters that we have to empathize with, that could possibly help others to see their brothers and sisters of color as actual people.

We have no problem empathizing with our white brothers and sisters. If they're in pain, there's little room to doubt that pain. If they act a certain way that differs from the common white person stereotype, then they're simply a product of their upbringing and environment, right? The thing is, if a white person exists in some form, it's likely that we've seen it in media and so have no valid reason as to why we aren't seeing them as they are: People. The same thing can't really be said for most people of color.

Idris Elba, our go-to man for black fan casts, gave a great talk on the subject. Opportunity plays a factor in representation in that you would have to be willing to give people of color the opportunity to play lead roles. He mentions that a lack of imagination is partly to blame for unrepresented groups being placed into boxes. If you're someone that wishes to contribute to the media in some way, I encourage you to really use your imagination when it comes to characters. It would greatly enrich the media world as a result.

Caitlin Marie Grimes
University of South Florida
11107
Beyond The States