Recognizing Verbal And Emotional Abuse In Your Relationship

If Your Relationship Makes You Feel Bad About Yourself, It Might Be An Abusive One

Just because someone isn't physically hitting you, it doesn't mean they're not abusing you. 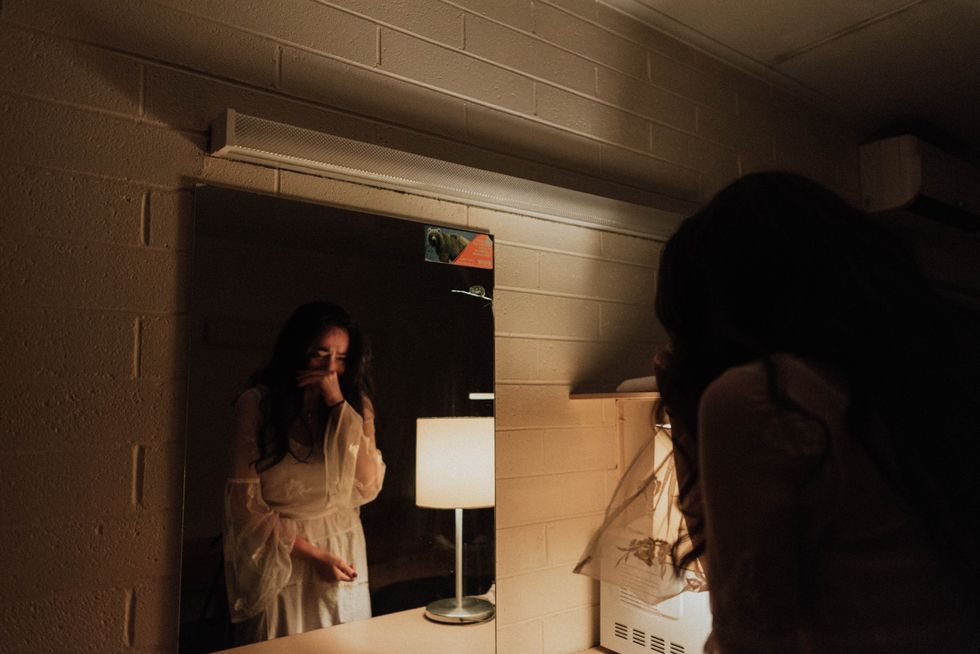 Verbal and mental abuse are often overlooked. They aren't always counted as "abuse" and it can be harder to measure them.

Even worse, if you grow up in a home that asserts this negative language, you eventually take it on as an identity. The words and feelings slowly become your identity, and you don't know how else to see yourself.

Sometimes, you can even have grown up in a loving home, but somehow fall into a negative relationship where your self-esteem takes a hit. Eventually, this becomes a pattern for you, only dating those who reflect what you now believe.

No matter how it started or what got you here, you're not stuck.

But how do you know if you're even being abused?

Make derogatory comments about a group you belong to (gender, career, religion, etc.)? This comment might end with "I mean them, not you."

Make fun of or insult your ideas, behaviors or beliefs?

Make negative comments about people, places or things that you love?

Say things that are almost true about you, but leave you wanting to defend yourself?

Say, "What? It was just a joke!" to dismiss a remark that offends you?

Ask you questions about something that just happened and reply to your answers, "Do you care to think about that and answer the question again?" Or just sit there, staring at you in a way that lets you know your answer wasn't right?

Engage you in long conversations about things on which you disagree, until you reach the point of wanting to say, "OK. Whatever. You're right."? Or insist that you repeat what they said, then later claim, "You agreed with me (then)!"?

Somehow manage to physically back you into a corner or somewhere you cannot easily escape during intense conversations?

Nervous when approaching them with certain topics?

A need to "tell on yourself" about innocent events in case the person hears about it later?

Misunderstood for the most part in your relationship?

Your sanity, intelligence or communication skills because of difficulties relating to them?

Your memories when it comes to recalling conversations or events with the person, since their take on it is so different from your own?

These questions show how verbal abuse sneaks inside the framework of your relationship and poisons your thoughts with confusion and doubt. Just because someone isn't physically hitting you, it doesn't mean they're not abusing you.

You are not a tree. You are not rooted where you are or to who you're with. And you DO NOT deserve this. None of this is normal, nor is it OK.

And it's OK to ask for help.

And deep down, if you're honest, you know that this hurts.

Maybe they don't hit you, but they still pierce your heart with their words. They still make you feel poorly about yourself. And that will never be OK.

If you have a friend in this situation, it's really hard to bring them out of it. But know your role is not to judge them, but rather to be there to pick them up when they finally bring themselves out of it. Your job is to be supportive and to remind them of their worth.

You never know how heavily that abuse has influenced their thinking, unless you're in it yourself.

And if you're the person in it, I am sorry and you deserve better.

And you're going to be OK. Maybe not today. But eventually.

22 Quirky Quotes To Keep You Moving Onward And Upward

23 Quotes From 'Girl, Wash Your Face' That Will Inspire You To Change Today, NOT Tomorrow

11 Traits And Quirks You Relate To  As A Textbook Pisces