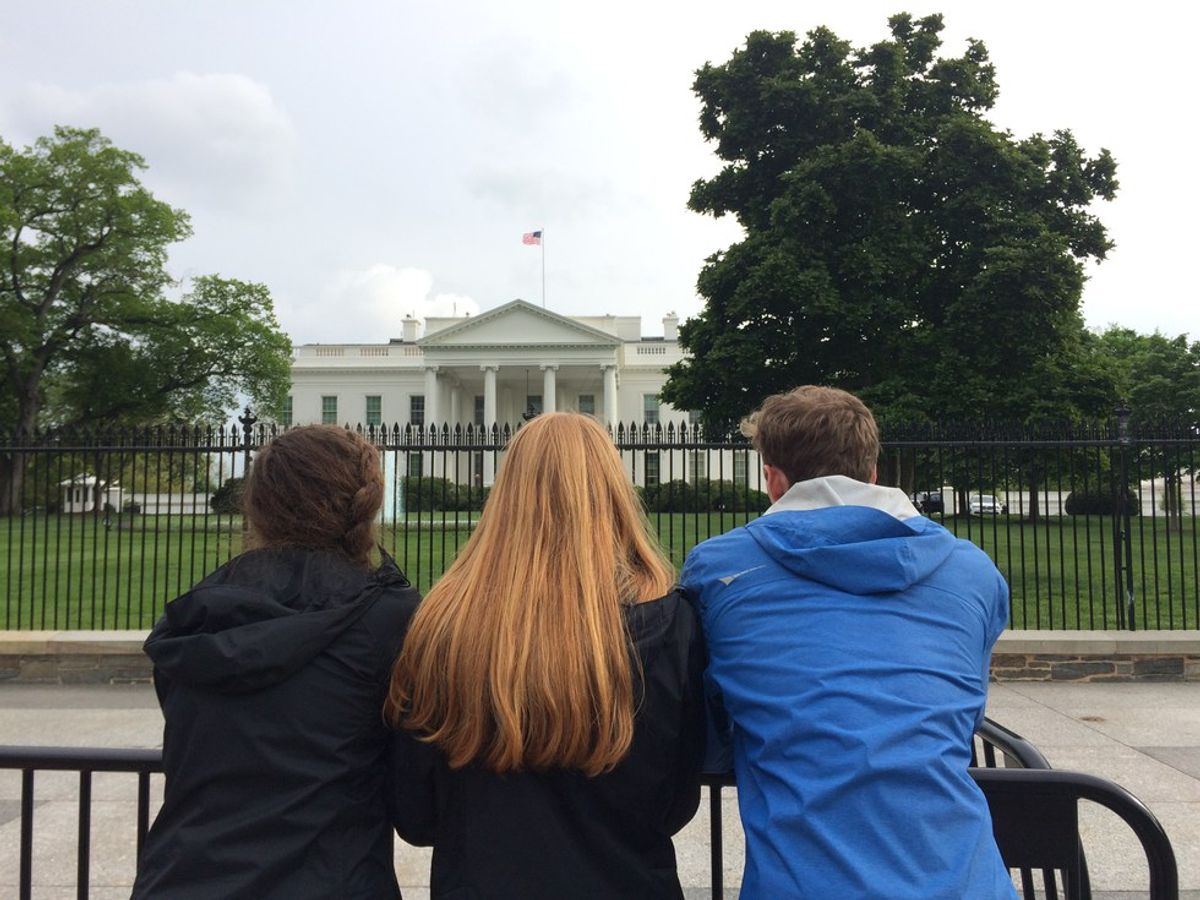 Walking across the quad, at any university, on any given day, you can find someone with a sign. And not just any sign. You know the one. "Register to Vote!" is emblazoned, in black, across a white piece of paper, with red and blue accents. This innocuous piece of paper is attached securely to a clipboard. This clipboard is held proudly by a fellow student, a member of the Future Democratic or Republican Leaders of America, or just a random community member on the campaign trail for either party. They call to you, "Are you registered to vote at your current address?" You avoid them. You don't want to be hounded by these questions, you don't want to commit to voting for either party and you, quite frankly, just need to get to class.

Maybe you really are already registered to vote, whether by absentee ballot or at your new address. But maybe, you're not.

Since arriving at university, I've talked to a lot of people who do not seem particularly concerned with the upcoming presidential election. There are a variety of reasons:

Now, there's very little to be said about the first four points. If someone truly believes any of those quasi-facts, it is extremely unlikely that I will convince them to suppose otherwise.

However, recent votes held in other countries, most notably Great Britain, provide us with unequivocal evidence that our votes, youth votes, do matter.

Of course, the result was leave.

Up to now, it seems like maybe the youth vote doesn't matter. Right?

Leave won by a margin of just 3.8 percent. Just think what might have happened had those youth voters, who determined that their vote wouldn't make a difference, had made an effort to go to the polls on June 23. The referendum may have had a different result altogether.

It is not enough for us to rely on a higher projected voter turnout overall.

By not voting, we, the youth voters, signal that we would be equally happy with either candidate being elected. It is only when this statement truly represents the voting population that voter apathy may be justified.

I have met no one, in the weeks leading up to this presidential election, who feels equally satisfied with either candidate. Plenty of people intend to do more research in order to become more informed prior to casting their vote, but no one has said that they believe the candidates to be equal, regardless of which one they support.

Voting is as much a right as it is a responsibility. That's not to say that I'm particularly happy with my options, or that it's fair that this is the first election in which the latter half of the "90s kids" are granted the opportunity to vote.

So the next time that someone stops you in the quad and asks whether you're registered to vote, take two minutes to make the "yes" already forming on your lips true.

See you at the polls.

Here's a link to the absentee ballot.

And here's a link to the general voter registration.