POC Can't Take A Break From Racism, That's Why Recognizing White Fragility Is So Important

POC Can't Take A Break From Racism, That's Why Recognizing White Fragility Is So Important

Your activism and involvement is something you can put down at the end of the day. Your white skin is not in danger here. 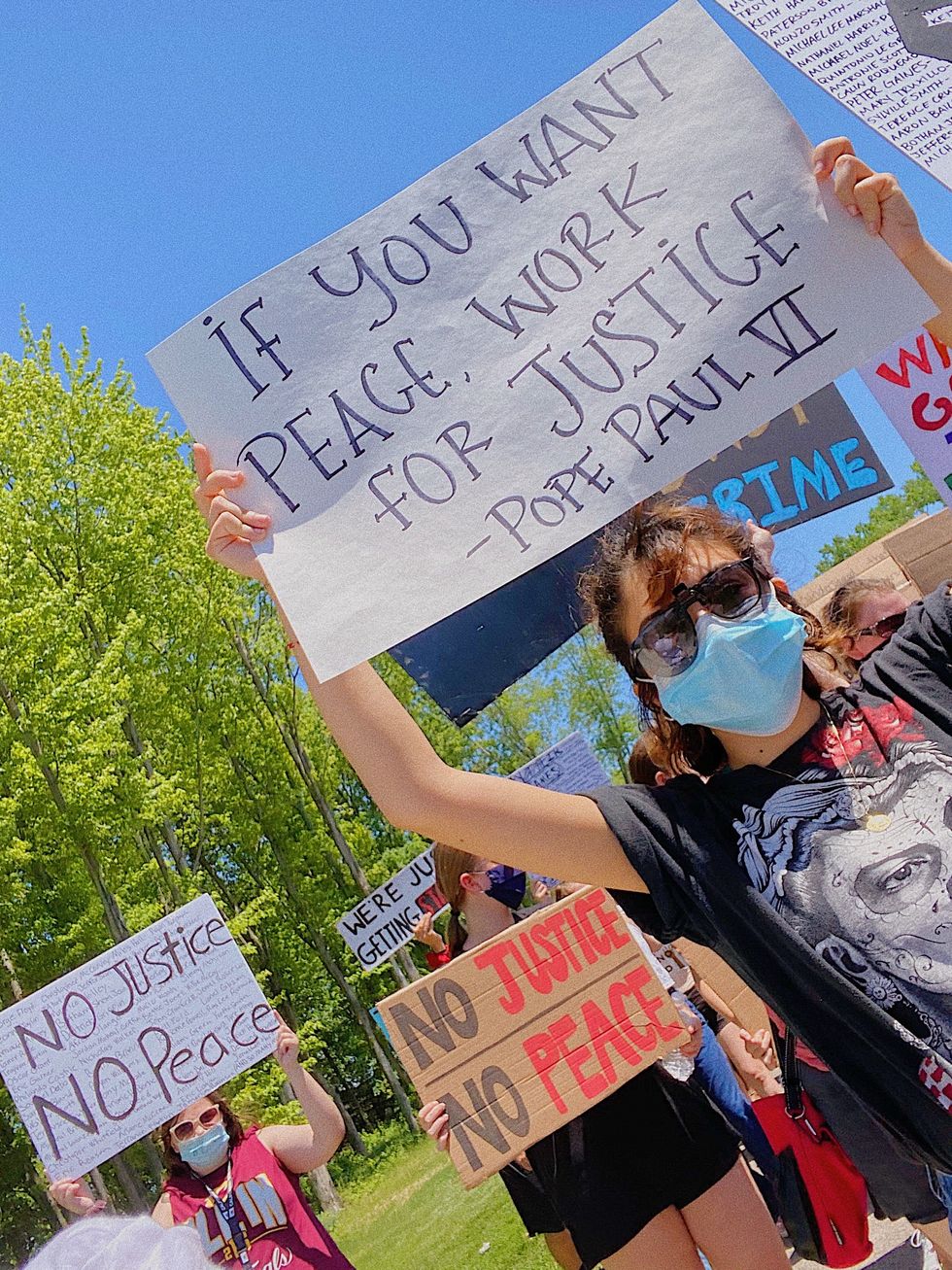 It's me, your Friendly Neighborhood Chicana. In my last article, I spoke to you about white privilege and what it actually means. Your feedback was greatly appreciated (even the swearing!). I understand the confusion about the concept, trust me. Like I said, conversations surrounding topics like white privilege force a group of people to consider something they never have before: their skin color. And for those of you who hated that conversation, you might not like this one so much either, but I promise it's worth it.

So, picture this: You've seen all your social media feeds inundated with black squares, passionate opinions, and Black Lives Matter signs. Maybe you liked a post, maybe you put a black square on Instagram and that was that. Or maybe you didn't do any of that. Either way, your feeds are still busy with protest signs and petitions and Angela Davis quotes, and frankly, it is freaking you out. Does that sounds familiar? Do you just want it all to stop and "go back to normal"? Maybe if you avoid it, it will all go away. And it will. For a few months at least, until something else happens and the cycle starts again.

But it's stressful, isn't it?

I mean, here you are, a white person who may or may not see how they are connected to all this, suddenly being demanded by others to say something and speak out and do something. And that's scary. You might be into it and involved or you might not. You might want to think it's better if you stay out of it and stay silent. Why?

Well, La Chicana here is also a political science major, so I'm about to introduce another concept, so hang on tight! As we covered last time, there is a great privilege in being able to live your life without constantly considering your skin color. Even as a light-skinned Latina, I have that option sometimes.

But even so, my skin and last name are things I have to consider in ordinary situations where white people don't. For example, I got a scholarship to my university and my first thought is, "What did I do to deserve this? Was it my grades or my ethnicity?" Or in a group of friends, we get stopped by a white cop who is far more hostile to me than my white friends I think, "Answer his questions calmly, when you say your name, don't say it with a Spanish accent, don't get upset when he asks 'where are you really from?'"

These are just a few examples of fairly normal situations. If you're white, those same thoughts don't race through your head like they do mine. And that's because society is catered towards white people. As author Robin DiAngelo states, "White people in North America live in a social environment that protects and insulates them from race-based stress." This quote comes from her paper on white fragility, an absolutely fantastic read.

So... what IS white fragility?

Basically, if you're white in America, you never have to consider your race the way American POC do. So in social climates like today's, outsiders are forcing you to consider yourself in a way you never have, and sometimes, it can be too much to handle. And that's OK! It's understandable, really. The whole world is forcing you to see yourself in a new way and it can be really weird.

To put in a different perspective, that would be like white people demanding I no longer see myself as Mexican before American. (To all those who like to say "I don't see color," that was aimed at you.) Of course, no one is asking you to disregard your whiteness. And don't take the term "fragility" as an insult either.

(I get that these phrases were poorly conceived because they all sound highly insulting.)

And again, lovely white people: no one is blaming you for your whiteness. And yes, we realize that asking you to be active in these social movements is a lot to ask of you, but nonetheless, we ask. We know this tires you out, we know this is stressful, and trust me, we know burnout is real.

But your activism and involvement is something you can put down at the end of the day. Your white skin is not in danger here.

For people of color, we cannot shed our skin, and it is our skin that is being targeted. Our activism cannot be confined to a black square on Instagram, because, excuse me for the dramatics, but if we don't speak up, we die. And we know you're tired of seeing post after post, watching cities burn, and reading articles like these, but they will only keep coming. And you don't have to be in the front lines of every protest.

We are not asking you to save us. We are asking you to realize that as white people in a society catered to white people, you have power. And it's exhausting, isn't it? That's OK. Take some time if you need it. You don't need to defend your whiteness to anyone, you don't need to get angry or retaliate when someone mentions your whiteness. Just understand that it is yours, and when you feel ready, do something with it.

The term might be fragility, but trust me, none of us are fragile.