Reasons I Should Be Fluent In Spanish
Odyssey
CurrentlySwoonLifestyleHealth & WellnessStudent LifeContent InspirationEntertainmentPolitics and ActivismSportsAdulting
About usAdvertiseTermsPrivacyDMCAContact us
® 2023 ODYSSEY
Welcome back
Sign in to comment to your favorite stories, participate in your community and interact with your friends
or
LOG IN WITH FACEBOOK
No account? Create one
Start writing a post
Relationships

Reasons I Should Be Fluent In Spanish

I mean, for one thing, there are 52.6 million people in the United States alone who speak this language. 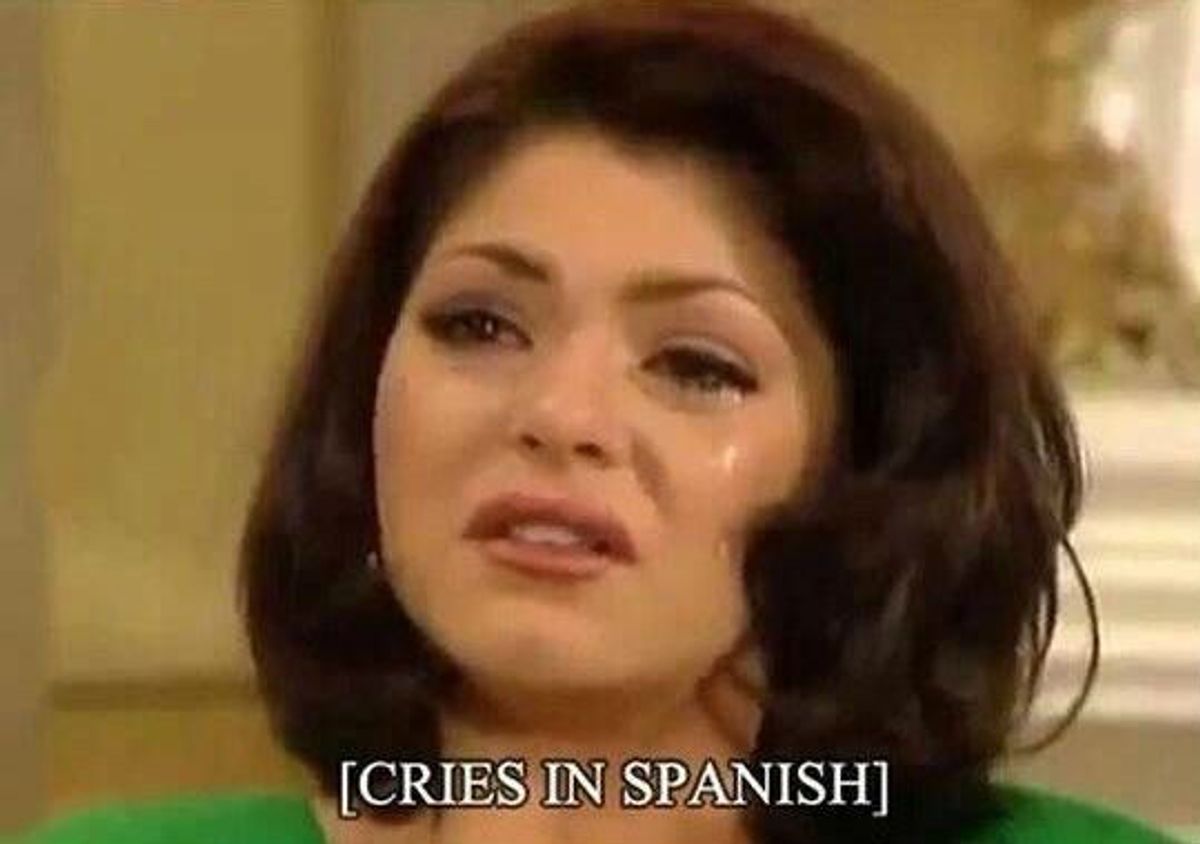 I’ve underestimated how much Spanish I actually know. Up until just recently, Spanish was a language that kind of freaked me out because I didn't know it. My palms would get sweaty and I would mostly just play dumb when I heard it avoiding the possibility of my answer being wrong. What was actually wrong was my aversion toward the language. I grew up in a household that spoke mostly English, with the exception of my Filipino mom yelling Filipino words at my brother and me when we were in trouble. And even though I took a Spanish class for three years in high school, I wouldn’t necessarily say I took it with the intention of actually learning the language but rather passing the class. You see, I should be fluent in Spanish. I should be able to keep up with the ridiculous banter of telenovelas. I should be able to understand what the lyrics to the songs I’m dancing to are. I know I should for a number of reasons.

First, according to a New York Post article, it's a language that an estimated 52.6 million people in the United States alone speak. Being fluent would mean that I could talk to and connect with an estimated 52.6 million people in my home country alone. Nowadays, there are more Spanish speakers here in the United States than in Spain, which is not as surprising in all actuality because of how much closer the United States is to Mexico, the country with the most Spanish speakers. And even though it can be assumed that there are still many people who speak English, being fluent in a second language, especially Spanish, puts people at such an advantage when applying for jobs.

In addition to that first point, it is always assumed that I am a part of the 52.6 million Spanish speakers because of my physical appearance. I mean, technically I am because I can speak Spanish, but not as well as I should. Although my mom is Filipino, as previously mentioned, I look a lot like my dad who is Mexican. It's actually uncanny how much I take after my dad. This past week I was vacationing in El Paso, Texas, where my dad's family is from, for my abuelita's ("grandma's" for the non-Spanish speakers) 75th birthday celebration, and I saw some old pictures from when he was a young boy, and I kind of look exactly like him. It's wild. But whenever I'm in a densely populated area, when there is confusion, confused Spanish speakers always turn to me for assistance. Before I would redirect them to my parents or some employee, but now I try to at least smash together some Spanish words that would make sense.

Now that I think about it, my reasons for why I should be fluent are all interrelated to that first point. What I think to be my most important reason is that my abuelita only speaks Spanish. Before high school, the little Spanish I knew had to do with saying "I love you" and asking "how are you?" Phone calls with my abuelita were short and were more or less:

"[insert a really complex (probably not as complex, but complex for the non-Spanish speaker that I was) sentence that I didn't understand]"

And then after that massacre of a conversation was finished, I would throw the phone back at my dad and eat-o some Cheetos, or whatever my mom had in the pantry. But you get the idea.

For fourteen years, I missed out on so many great conversations I could have had with my abuelita. All the advice and the words of encouragement that could have helped me through the dark days of middle school, gone. Luckily, I picked up Spanish when I did though because the more I matured, the more I was able to appreciate my relationships, first and foremost, my relationship with my abuelita. Although my Spanish is still relatively choppy and my repertoire of word is still relatively small, my conversations with my abuelita are much more comprehensive than from when I was younger.

I still have a long way to go till I become fluent in this language, but I am happily continuing learning Spanish be it through subtitles when I watch movies on Netflix, reading more Spanish poetry, paying more attention to the bilingual signs, and talking to more Spanish speakers. The world is my Spanish classroom and the A is my relationship with my abuelita that I have been able to grow and nurture.