Could you handle every street looking the same? 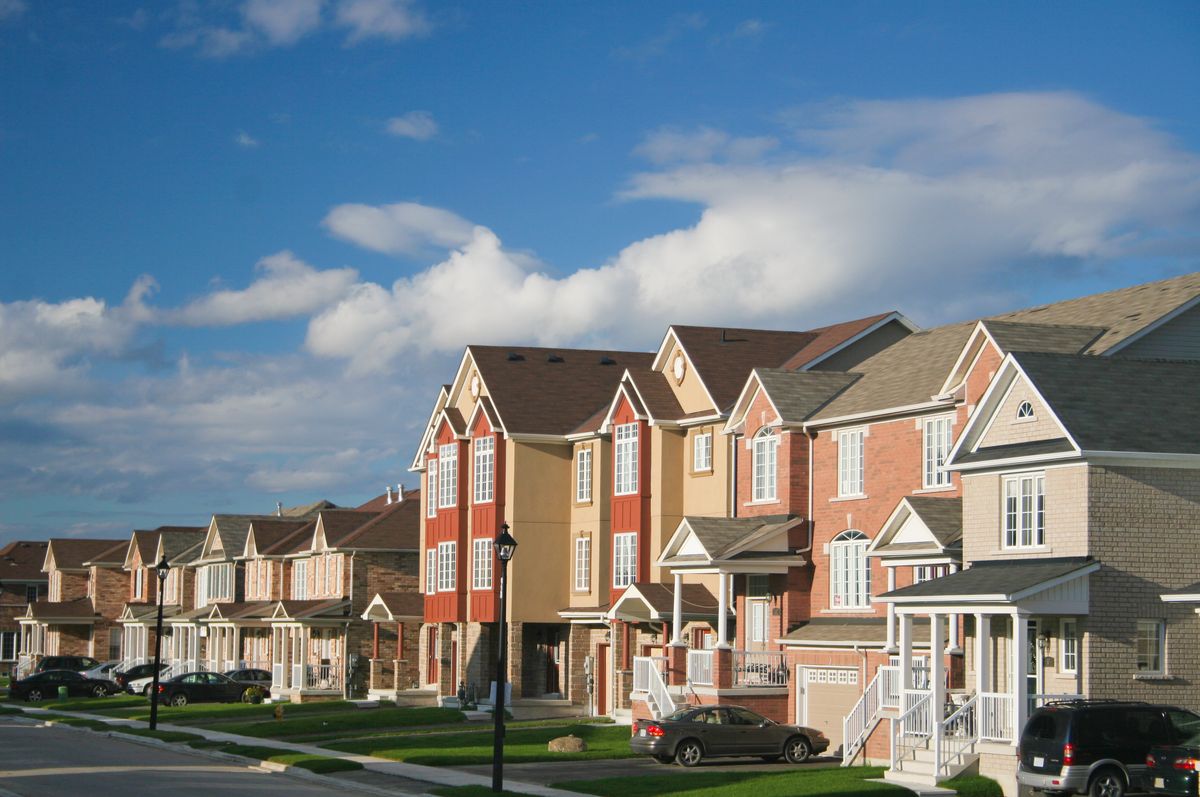 Loudoun County is the richest county in America based on median household incomes. Loudoun County has a population of roughly 375,000 people with an average income of $117,876.

I lived in Loudoun County for the first twenty years of my life, until I moved away to college in Lynchburg, Virginia. Loudoun is highly associated with its location in Northern Virginia, and for being a part of the DC Metropolitan. In Northern Virginia a.k.a. NoVa you will rarely here people associate themselves with the general stereotypes of Virginia such as being Southern. We're truly a mixing bag of it all it. I had friends who grew up with horses and had their own farms and friends who grew up shopping in Georgetown and partying in their mansions. Our schools never had a lack of supplies, though you'd never know that by how much the teachers have to pay for their supplies out of pocket. We had Promethian Boards or Smart Boards throughout every classroom, including the Library, and plenty of computer labs and desktops to go around.

Many people believe that in order to thrive in LoCo (Loudoun County) you must showcase your wealth, such as the popular kids in high school are the ones that can afford a nice fake tan and some designer clothes.

But the truth is, LoCo's lifestyle is definitely not all it's cracked up to be. In my experience, the people of Loudoun County and the surrounding areas are much more selfish than people I have experienced in other counties and states. If your car breaks down on the side of the road, don't expect anyone to stop and help. No one has the time to stop and help you because in Loudoun people are incredibly fast paced. If you aren't doing something than you are doing something wrong. Also, while people can attempt to be friendly don't expect to know everyone in your neighborhood. I grew up in the same house for twenty years and barely knew five people on my street. Not to mention that all of Loudoun County is a giant suburb where almost every house you pass looks exactly like the next.On top of this, there is literally never a moment in time where you won't be facing some of the worst traffic of your life, especially between rush hour (5 p.m.- 7 p.m.). Oh, and let's not forget the lovely fact that you can not drive on most high ways without going through a toll plaza or accidentally winding up on a hot lane (never try to drive without an E-ZPass.)

Let's not forget the constant struggle that you are always going to have to explain that you are not from Virginia and that you are more-so from D.C. because let's be honest NoVa is much more like D.C. than anything else. Plus, you get the added bonus of being constantly known by everyone else as the "rich b*tch from NoVa." I know that may sound like an exaggeration, but I literally had a professor ask if anyone was from Northern Virginia at the beginning of last semester and when I raised my hand he snarled about how I was lucky to have grown up in such a wealthy town.

Don't get me wrong though, aside from the nasty people and horrible traffic NoVa does have its good side to it. For example, there is always something to do. Whether that be Top Golf, hanging out at Tyson's, going to Washington, D.C. for the day, or even driving about an hour to go on some very beautiful hikes.

Loudoun County has some of the worst reputations and some of the best, but honestly, it's just another town with people trying to get through their life one day at a time like everywhere else.