How "Real" Relationships Are Still Superior To Online Dating
Odyssey

How "Real" Relationships Are Still Superior To Online Dating

As they should be. 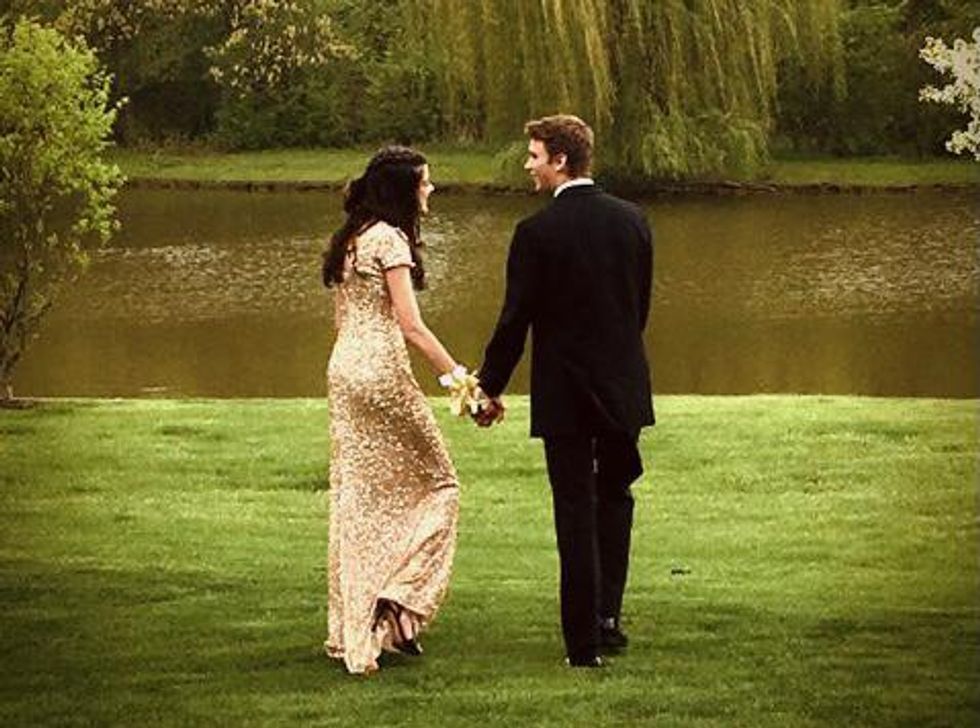 Especially now amidst a pandemic and with social distancing, society as a whole has not been able to socialize like we once were. A likely impact of this would be that many individuals are flocking to apps like Tinder and Bumble in order to socialize and find people online.

What is even more surprising is that people that used to shun the idea of getting an online dating profile have no begun to adapt and accept that it is the only likely way of finding people and increasing their network.

Last semester I was surprised when one of my roommates managed to come up to me and ask if getting an account was worth it. She specified that she missed being able to interact with anyone she wanted to, especially now when classes were online for the most part, and seating was designated so strictly that you couldn't sit with anyone besides your roommates in the dorms.

My roommate was a social butterfly. And since one of our other roommates had gotten a boyfriend since we had all moved in together, she was envious and desperate to find someone.

She knew that I had dappled in the Tinder area for a while. And over time I had realized its strengths and weaknesses. But it was not until last December that I was truly content with my opinion of dating apps.

During the first semester of this year, I, like my roommate, was sick of being restrained to hanging out with a select amount of people. We were squished together for so long, and I missed the dynamics of last year when I was able to socialize easily and meet people without having to worry about social distancing. After a couple of weeks, I ended up signing up again for Tinder.

In September, I matched with someone very different.

I would say that most of the time when I match with someone, there is a week of interest, and then it fades out. Usually, someone ends up ghosting and that is that.

But not this time.

It was also common for me to match with people that were far away from me.

But this particular person that I matched with was very close. He lived in Chicago and I was in a suburb, so it made things more likely to happen due to the short distance.

He was also very insistent on a relationship, and very determined on getting what he wanted.

At first, I wasn't aware of the potential of the relationship.

We kicked it off alright, but I have the tendency to not be as casual at the beginning and that makes things slightly more uncomfortable.

But he stuck around.

And as time passed, I got to be more myself around him and we grew to know each other very well.

He increasingly got interested as he realized that we were both very similar. We were both only children, we liked to do the same things, and according to him, we had the same weird sense of humor.

A couple of weeks went by, and he wanted to video call.

Frankly, this scared me. I had never done this with someone on Tinder before. I knew he wasn't fake, but there was something uncomfortable about it.

It was then that I realized that I was scared of what he would think of me.

Texting is one thing, but meeting someone in person is completely different. And although we weren't technically meeting in person, we were talking which meant that I didn't have time to compose my thoughts beforehand like you would with texting.

I felt comfortable enough with him to tell him this, and he said I had nothing to be afraid of. He liked me for who I was. But I still couldn't get over how scared I was. We eventually got comfortable with it, and he asked if we should be exclusive. This also scared me.

Our whole relationship was online and it seemed so distant and unreal. I didn't like putting time to the side in order to talk to him, and frankly, it was hard to talk to him sometimes because his life was vastly different than mine. We didn't go to the same university, and I didn't know any of his friends. It was hard to relate.

At the two month mark, he asked me to come up and see him. We made an oath that if I came to see him, and things hit off really well, then we would start dating in-person.

I didn't like how there was so much pressure to meet up with him and make sure that things go well. I became self-conscious that when he saw me it wouldn't be what he bargained for, and that I would have driven into Chicago for nothing. But he said that if he never met me, that he would never be able to see our potential, and it would bother him.

He kept telling me that he thought I was the one. And that he had never met anyone that could understand him like I did.

I kept thinking of what my mom would say about all of this. My mom was strict on me being involved with strong, worthy men that had grit and were caring and considerate. Knowing her, she would never let me drive to a guy's house to stay over and test out the relationship.

It was then that I realized that I couldn't continue on.

I had already wasted enough time, and I thought that if there was a future to this technological relationship, I would have to tell everyone we met on Tinder.

How lame is that??

We would have no interesting prerequisite story, no flirtatious chemistry that comes with the beginning of the relationship, and we almost knew everything about one another so it seemed like we were at a dead end.

But I couldn't let go.

Both of us had never been in relationships that lasted more than a month or two, and he was the person that I had talked to the longest in a while.

I knew I couldn't do long-distance anyway, and that it would be very difficult for a relationship, especially one that had a very underdeveloped foundation.

Honestly, it is heartbreaking looking back on it. And it was really hard, but I eventually cut ties and fled.

I couldn't keep going on and relying on a relationship that had no substance. It was also around that time that I realized I wanted to be single for a while and focus on myself. I was really disappointed and disheartened by all the relationships that I had been in, and I needed some time to be alone.

And so, I told my roommate this story. I told her how much I learned, and how in a way, Tinder could potentially work for some people, but it wasn't for me. I wanted something real. I wanted to be a character in a romance book that had a really good plot. Not just some digital love story that is stripped of all the sparks and intrigue.

And that was that.

I still look back sometimes and wonder what he thought when I left. How much time he wasted, or if he missed me.

But frankly, it was bound to happen.

It was an endless loop of stress and trying to figure out everything. It was tiring. And I was done with it.

I decided that I am never going to settle again because of boredom and that if I am sacrificing my time, I might as well just go all-in with something real and palpable.

However, everyone is different.

And it is up to a person's preference, as well as other factors such as distance, and how unique the situation is.

But I know what I want now.

And although it may be for a while, love will find me somehow.