The Real Problem With The Rolling Stone-UVA Controversy
Odyssey

The Real Problem With The Rolling Stone-UVA Controversy 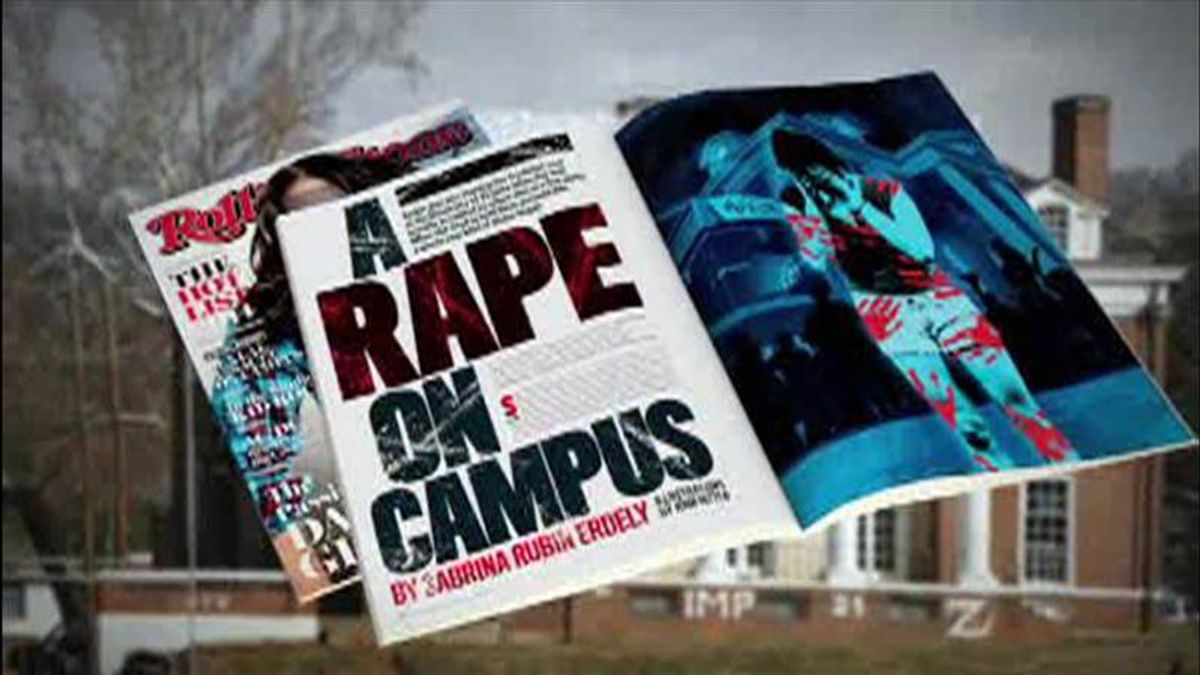 Anyone who ever leaves their home or uses the the internet in any capacity has heard of the controversy revolving around the University of Virginia and the accusatory article published by Rolling Stone in November of 2014. According to the interviewee, Jackie, she was gang-raped by a group of Phi Kappa Psi brothers at one of their fraternity parties during the first semester of her first year at the University.

After the article was published, chaos broke out on Grounds. Brothers of Phi Psi were receiving death threats. Angered students and Charlottesville citizens vandalized and rioted outside their home. In response, President Teresa Sullivan suspended all greek life activity until the spring semester. Over the course of the academic year, more information was released over what really happened on the fateful night Jackie described; everything was a lie and the author of the article had failed to do any sort of fact checking.

Recently, an article released by The Washington Post stated that everything Jackie reported on was in the interest of gaining the attention of a love interest. It's safe to say that over the past 16 months, Jackie, Rolling Stone, and the system for dealing with sexual assaults at UVA have been widely criticized.

I refuse to defend the author of the article, mostly because she was a victim of her own personal laziness. I also refuse to defend the system in place at the University at the time of the controversy. After the release of the article, there was widespread change on Grounds for the system currently utilized by students, faculty, and staff. That change would have never occurred if the system was effective in the first place.

That being said, I will defend Jackie to an extent. I'm not saying what she did was right in any sense. She insulted numerous victims of sexual assault by lying about her experience to gain the attention of a guy. First of all, no one should ever try to get the attention of someone else like that. If they don't treat you how you deserve in the first place, they are not worth your time and energy (I digress). Second of all, the fact that Jackie had the nerve to lie about something so serious is, as previously mentioned, insulting to all sexual assault and rape victims by demoralizing their story and the trauma they've endured.

However, that being said, Jackie was able to bring about necessary change to the University, albeit in a very unorthodox manner, by exposing a major flaw in the sexual assault/rape prevention and reporting system present on Grounds.

Here's the bottom line: the problem isn't that Jackie lied about what happened. The problem is that it took an event such as this to bring about any sort of change. It took a young woman and her fictitious story to get the ball rolling on changing the University of Virginia's policies and to raise awareness for the evidence of sexual assaults on Grounds. It took nation-wide controversy and bringing the University into a bad light to expose the problems with what people believed was a solid system. It took politics and reputation to cause change rather than concern of or for students. Doesn't anyone else see an issue with that?