When It Rains in San Marcos...
Odyssey

When It Rains in San Marcos...

...the tweets get crazy. 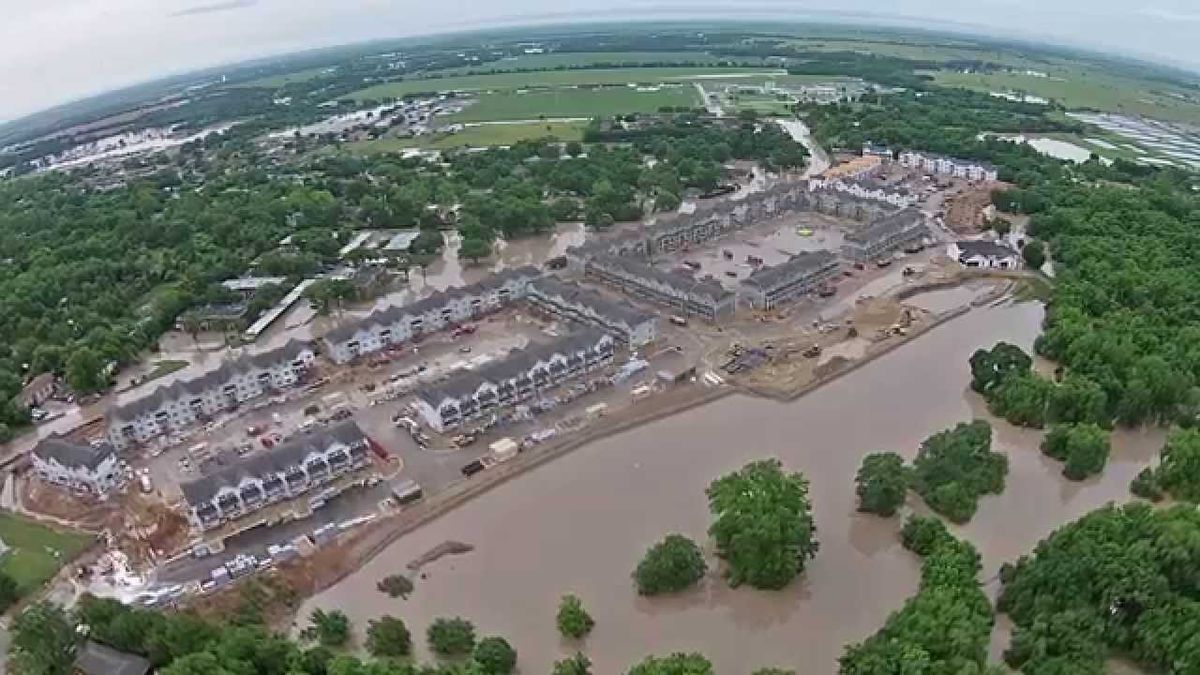 Normally, rain isn't a concern at Texas State. In the center of Texas, San Marcos is often dry as a bone and almost intolerably sunny. I find myself drenched in sweat more often than I do in rainwater.

But, unlike my hometown of Austin, rainfall is a major event in San Marcos. Between the college town atmosphere, the hills, and the propensity for flooding, rain there is no joke. After all, when it rains in San Marcos...

There's rarely a "light sprinkle" in San Marcos. Usually, the weather comes in extremes. It's either clear blue skies and skyrocketing temperatures, or it's wind, rain, and thunder all around. When it pours, you better run for cover!

Texas State (and San Marcos in general) is a hilly area, so when it rains, all the water flows downhill. And when you get a large amount of rain, all of it runs downhill, forming massive gushes of water, giant puddles, and mass flooding all around. All the water accumulates downhill, leaving cars mired in water and dorm rooms stranded. Meanwhile, those heading uphill get splashed in the ankles with water in a rush to get down the hill. Even if you're uphill, the flooding is unavoidable...unless you stay indoors, of course.

If you don't think ahead and forget your umbrella, you're in for a wet time.

Heck, even if you do remember your umbrella, sometimes it doesn't help. Strong gusts of wind send the rain blowing sideways rather than downwards, rendering the umbrella largely useless if you don't hold it in the direction the rain is blowing. Sometimes, even that doesn't do enough to protect you, especially if you carry tiny, portable umbrellas around like I do. Plus, don't forget your rain boots! I learned to invest in a good pair the first time the campus flooded. Even though class was canceled, I was stuck in wet shoes (and socks-yuck) until I managed to get a ride home. Just wear your boots-it's not worth it.

THE TWEETS GET CRAZY

Whenever flooding gets out of control on campus, the Twitterverse is the first to know about it-especially if classes are yet to be canceled.

"Are we expected to kayak to class?" one angry tweet may read. "Thanks for endangering students' lives like this," another tweet says. The tweeters, driven by concern for their own (or sometimes their child's) safety and occasionally a simple desire to skip class without punishment., will not rest until class is canceled.

Of course, some make light of the situation by making jokes about it. Others start posting videos of themselves wading in, swimming in, or even surfing on the waters. These tweets are hard to not laugh at, even with wet socks.

This part isn't so bad.

Flooding makes it impossible for some students to get from place to place. Even if you manage to get to class safely, you have to leave the safety of your vehicle and run (with or without an umbrella) to your building and hope your backpack doesn't get soaked through, like mine once did. (Tragically, my ethics textbook was mortally water damaged to the point where it was un-resellable.)

So thanks to common sense (or perhaps peer pressure from angry tweets), school officials decide to cancel class.

What do students do when their classes get canceled? Well, some study for the classes coming the next day. Most, however, opt to party with their friends, celebrating the sudden gap in their schedule. I, personally, like to wring out my socks while I wait for a ride back to Austin.

What do you like to do when it rains in San Marcos?