After a five-year hiatus, "Burn the Witch" was worth the wait. 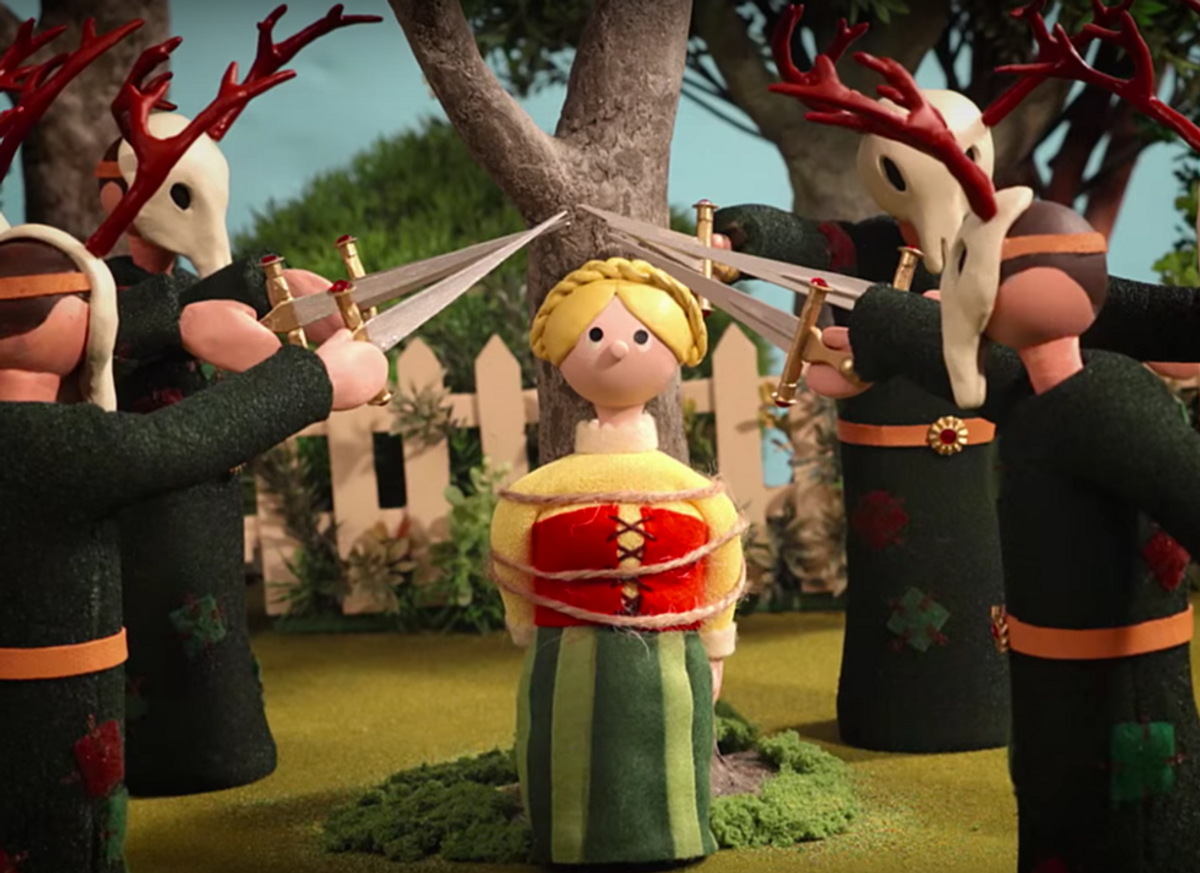 My love affair with Radiohead goes back years. My friend John introduced me to them during one of our conversations in art class. His artwork was abstract while I focused on shaded portraits. We were opposites – as I got messy with charcoal, he tried to flatter the art teacher with compliments. I told myself there was nothing to lose by listening to Radiohead. I've never regretted the decision.

No, I didn’t only listen to “Creep” and “Karma Police.” I went back to Radiohead’s beginning with their 1993 album “Pablo Honey” and have listened to the other seven albums on repeat through the years. I have favorite songs from each album but my favorite album is probably “Hail The Thief.” The newly released song is actually seen on the artwork for this album. John and I got into an argument after I said “OK Computer” was just that – OK. It has grown on me though and we both agreed there needed to be more cowbell in “Electioneering.”

In the midst of becoming overwhelmed with papers, exams and other commitments, Radiohead slipped my mind for a while until last week when it was reported the band had deleted all their content from their media platforms. I didn’t know if it was the beginning of the end or a P.R. tactic. Fans had received leaflets in the mail prior to Radiohead erasing their Internet presence. The band is known for releasing new music in unique ways after all and this time was no different.

We were gifted a gem titled “Burn the Witch,” and it is simply amazing. Despite its upbeat melody, the lyrics are dark. The new song was presented with a stop-motion video filled with vibrant colors. Thom Yorke’s slow, melodic voice is a sharp contrast to the energetic music. It’s a call to action for a modern witch hunt.

The song’s start is immediately dark. People are being told to be sneaky and come together at the gallows – a place of death. The song continues with the words, "This is a low-flying panic attack." It’s easy to imagine a person suffering a panic attack while being targeted to die. That panic attack is also "flying" which alludes to the witchery aspect. It’s nerve-racking when you’re singled out by a large group of people who know where you live. There’s no place to hide and no ear plugs big enough to muffle out their song either.

Yorke’s haunting voice is fitting for this song. The blood-red crosses marking old-fashioned doors emphasize the idea of an old witch hunt. When people decide to join together with “loose talk around the table,” it’s easy to “abandon all reason.” Mob mentality takes over groups who think they’re doing the correct thing when in reality they know there’s something off about their actions, which is why they “avoid all eye contact.” On top of that the decision is made to “shoot the messengers.” It’s a witch hunt for anyone and everyone.

The song ends with a slight shift in one sentence of the lyrics, “This is a low-flying panic attack / Sing the song of sixpence that goes / Burn the witch / Burn the witch / We know where you live / We know where you live.” The lyrics are daunting as the song ends with the continuous reminder that death is inevitable when your killers have their mind set on an idea and know your location.

Radiohead has made a memorable comeback that has excited their millions of fans. “Burn the Witch” can be seen as a political statement, especially in the time we’re in right now. The United States has been turned upside down by a man who is narrow minded. Donald Trump has rounded up his followers to target specific groups. People have fallen for the mob mentality when they attend rallies and obey his commands to be rude to protesters along with the media.

"Burn the Witch" has even been considered to be a message that doesn't concern the U.S., but is also on a global level. Comments have been made about the music video being inspired after "Trumpton," which was a popular British children's series in the 1960s and also the horror film "The Wicker Man."

Despite the possible political spin, Radiohead has revived people’s hearts and hope of a new album after a five-year hiatus. On Spotify, the song has over a million listens and on YouTube the video continues racking up close to 10 million views. The wait was definitely worth it, especially since the band has already released another music video! Radiohead teased fans on Instagram around 4 a.m. – a pretty standard time to release important information. "Daydreaming" is mesmerizing and truly symbolic.

The release of the complete album is awaited with excitement and I'm sure it’ll be as riveting as “Burn the Witch.”