Q&A With The Guy Behind Salads UP
Odyssey

Q&A With The Guy Behind Salads UP

The story behind the new "salad place" off State Street. 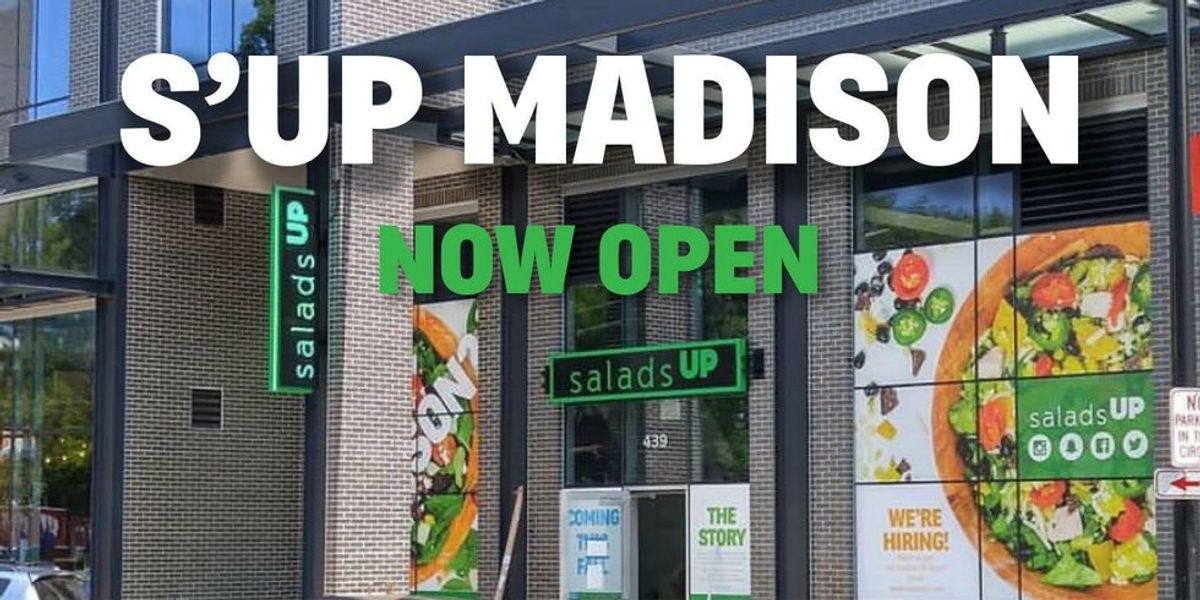 After weeks of curiously poking my head through the windows of the new "salad place" off State Street, Salads UP finally opened their doors to the public just a few weeks ago. Salads UP, a healthy restaurant conductive to the on-the-go college lifestyle, was founded by two Michigan grads, in Ann Arbor, in 2014. On the menu you'll find customizable salads and wraps, cold-pressed juices, monthly soups, a variety of smoothies, different savory treats, and other seasonal offerings. We sat down with Robert Mayer, Co-CEO and founder of Salads UP, to find out a little more about the restaurant, and the inspiration behind it.

Tell me a little bit about yourself.

Mayer: My name is Robert Mayer. I’m a Co-CEO and founder of Salads UP. I grew up in Alpine, New Jersey and was part of the University of Michigan’s Class of 2013. I double majored in history and econ. My interests include business, reading, physical fitness, and I’m a huge Green Bay Packers fan. I went to Super Bowl XLV.

What was the inspiration behind Salads UP?

Mayer: Basically when I was at school my friends and I were always looking for quick food options we could get between classes. There was no shortage of the usual sandwiches, burritos, pizza etc. but when you’re trying to have a productive day, this isn’t the sort of food you want to be eating day in and day out. We wanted a place we could go for more healthy, high quality food that was still grab and go and affordable. There really wasn’t a place you could go to get a salad that was fresh, with food really being prepped in house.

How were you able to make such a great idea a huge success?

Mayer: It wasn’t easy! There are so many factors and variables that go into the restaurant business. Having a concept you’re passionate in is where you start, but after that it’s all hard work, execution, and a little bit of luck. We thankfully got huge support from the Ann Arbor community who were ready for this type of restaurant to open and embraced it immediately.

Can you expand a little on what it was like to be a college student working on such a big project?

Mayer: It was a fun thing to think about while I was still a student. I got tons of feedback from people who heard about the idea and told me to go for it. When I graduated I thought to myself, why not? This is my chance to do something huge and create something that will positively affect so many people. It went from a side interest to an obsession.

What made you decide to expand to Madison?

Mayer: The positive response we received from the Ann Arbor community was a big factor. We also knew that this idea wasn’t unique to the University of Michigan. People everywhere want a healthier option, but they don’t want to sacrifice taste, time, or their wallets. This is where we come in and Salads UP is the solution we offer. Madison was always my favorite place to go visit friends when I was a student and it felt comparable to Ann Arbor. There are a lot of parallels between the two campuses.

Is Salads UP unique to just college towns?

Mayer: As of today it is, but we’re not strictly tied to the idea of expanding to just college towns. This isn’t going to happen overnight, but we want to grow Salads UP’s brand recognition to the point where we could put one anywhere.

Do you see Salads UP expanding to other college towns other than Ann Arbor and Madison?

Mayer: Yes definitely! We’ve had an overwhelmingly positive response to our opening in Madison and we plan to grow even further. Our big initiative right now is pursuing development in the Big Ten. This is the conference we know best and where we want the S’UP brand to take off.

What advice do you have to college students who aspire to be a successful entrepreneur?

Mayer: I would say to just start. There’s no age that’s too young to have an idea and there’s no age too young to start working on it. And there’s going to be a million people who have an opinion on what you should do with that idea, but at the end of the day it’s YOUR idea. We’re the only Salads UP. There isn’t another one, so yes while we did tons of research and have many mentors, the decisions made are ultimately our calls to make and ours alone.

Just for fun, what’s your favorite item to order off the Salads UP menu?

Mayer: I’m being biased because the Robb’s Cobb is named after myself, but that is usually my favorite salad on the menu. We just launched a shrimp salad called the SoCal Surf that I really like. Other items I frequently order are the Kale Caesar hot pressed panini wrap and the Greek Lightning breakfast bowl.