Y'all messed with the wrong generation: this is only the beginning. 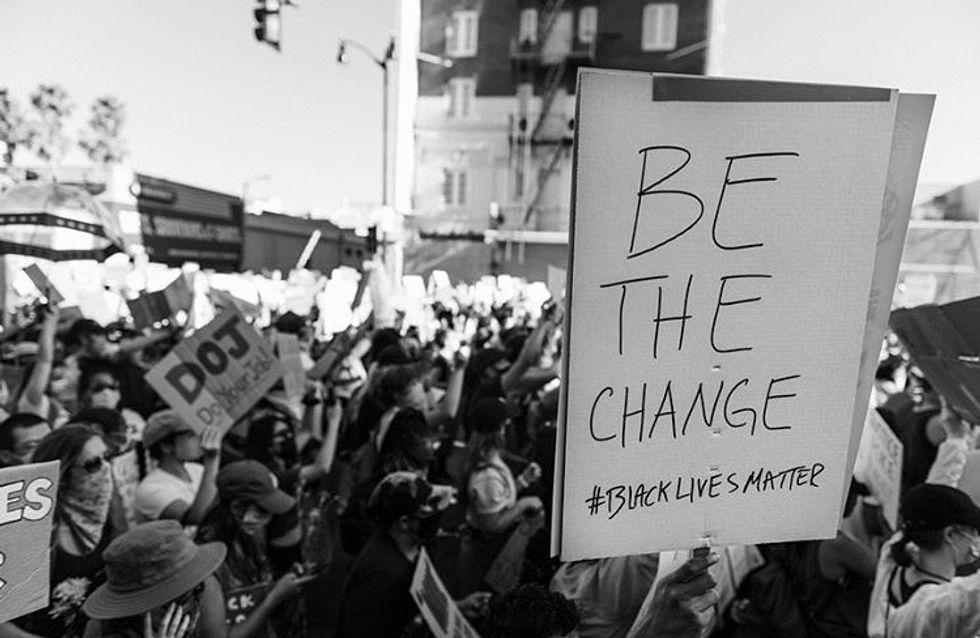 George Floyd's murder was the "evidence" we needed to prove that you can be a restrained, unarmed, cooperative Black man repeatedly telling an officer you can't breathe and still be murdered.

So many people think that our outrage is solely based on his murder, as if Black people haven't been fighting for their lives for hundreds of years.

We're tired of feeling the wrath of our ancestors.

We're tired of being followed in stores.

We're tired of being harassed and called names.

We're tired of the fact that if a group of people has some sort of incident, the black person is suspected first.

We're tired of seeing our people being killed in the streets and left there like we're nothing.

We're tired of the hatred we endure just for being alive.

We're tired of telling our children they need to be extra cautious of the things they do because of the color of their skin.

We're tired that we're in the 21st century and people are still trying to lynch us. For example, in 2017 in New Hampshire, a few teens attempted to lynch an eight-year-old boy who was playing outside. They taunted him, threw sticks and rocks at him before wrapping a rope around his neck and pushing him off a picnic table.

So, are we tired? Yes, we're exhausted.

George Floyd's death pushed us to say enough is enough.

We're done being degraded and unjustly treated by a system that wasn't meant for us to begin with. We've never had the proper protection or opportunities as others.

We're sick of people acting like racism doesn't exist when we endure it every day.

Just because something doesn't directly impact you, that doesn't mean it's not real.

We've decided that enough is enough, and we will not stop fighting until we are treated like we matter, are no longer brutalized by police and other people and change laws that were designed to oppress us and keep us down,

Look at all the things we've done so far with Derek Chauvin's murder charge and the other three officers involved in Floyd's murder.

Breonna Taylor's case was REOPENED, and her murder has shed much-needed light on police brutality against Black women and their murders.

The Marines banned the display of the Confederate flag.

The NFL apologized for ignoring racism and admitted they were wrong.

Black-owned business sales have increased as more and more businesses are being promoted.

And finally, the world is listening, and we are being heard.

I urge you to continue fighting for us, whether you're Black, a POC, white or any other race. We need our people AND our allies. So many people have contributed immensely, and we all thank you and value you. United we've stood.

We did all of this in roughly a few weeks: imagine what we can continue to do. This is our time, let's take it.