Protest Made This Country Great, Whether You Like It Or Not
Odyssey

Protest Made This Country Great, Whether You Like It Or Not

The only way to achieve change is to gather with the masses and make your voices heard! 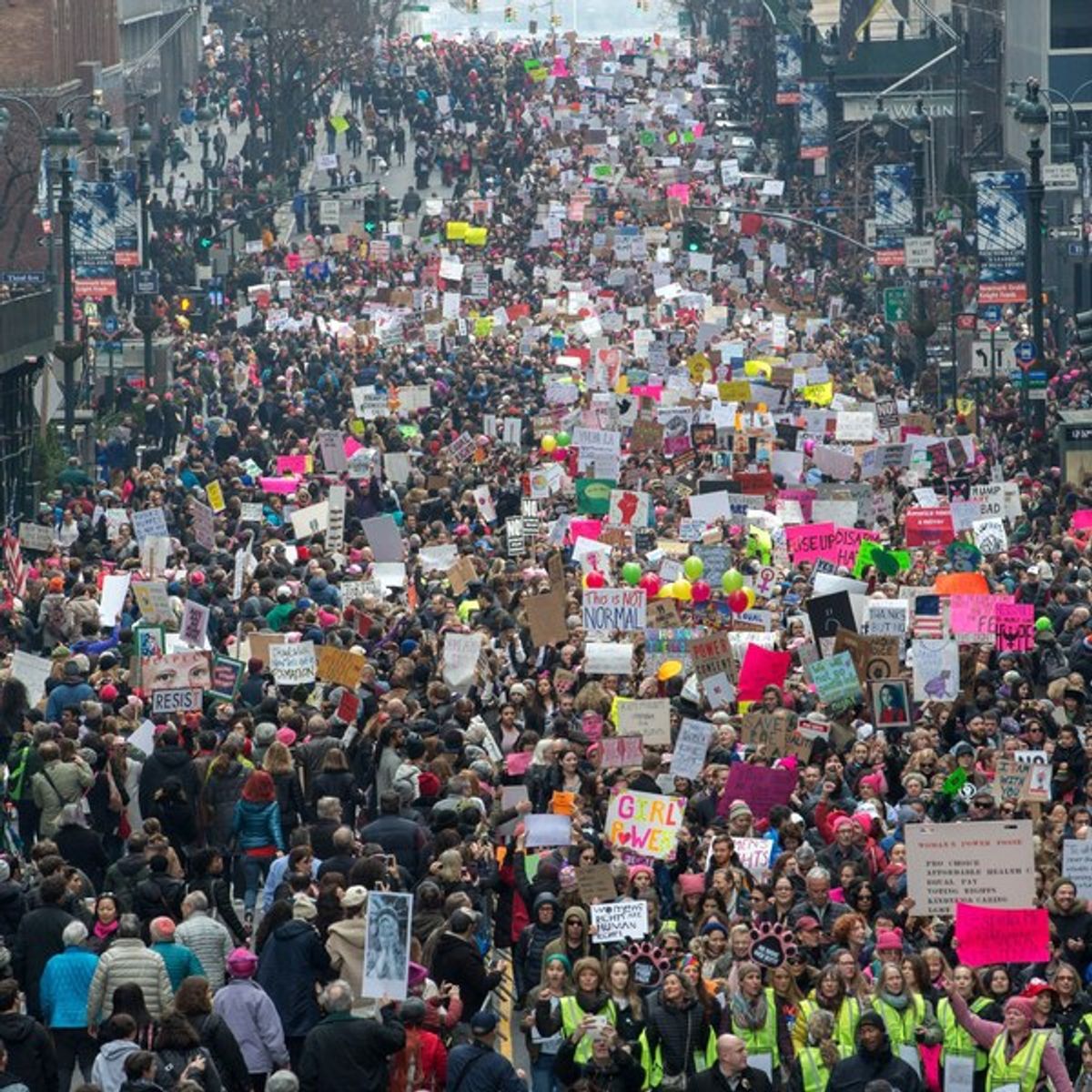 The last couple of months have been a real eye opener for me about the state of turmoil that this country is in. We are no longer the United States of America, but more like the Divided States. People are being persecuted for exercising freedom of speech, and their right to protest. In case all of you forgot, this country was built on the right to protest, the idea that an individual can practice any religion, have their own political standpoints, and countless other freedoms that other countries don't have the pleasure of enjoying.

So, when I hear people making comments like "What are the point of these protests? They're not accomplishing anything," I want to say this: Have you forgotten that a lot of the freedoms and liberties we enjoy today are thanks to people getting outside, joining with the masses, and standing up against the man?

The Civil Rights movement would have never happened if people just sat around and waited for civil liberties, they had to go out and make it happen for themselves.

And you know what?

Their voices were heard.

So, next time you want to say that protests are pointless, go back to history class and learn about how THE PEOPLE made a difference. This country was literally BUILT by standing up to the man. If it wasn't for the American Revolution, we would still be a British colony.

If it wasn't for the Civil Rights movement of the 1960's, black people would still be segregated, the LGBTQ community would be harassed, women wouldn't have nearly as many rights as they do today, and the list goes on and on.

People are protesting because they see what is happening in this country. We are being played like a fiddle, and it is thanks to the corporations buying politicians to benefit their own agenda. We no longer are a democratic society, but more like an oligarchic society. (You can thank the Rothschilds, Rockefellers, and so on.)

My message to the blind sheep out there is to open your eyes and see the world for what it is, and what it is becoming. The rich are getting richer, the poor are getting poorer. Everyone is pointing the finger at one another, but the truth is; the current situation our country is in is thanks to the greedy power hungry politicians and wealthy business owners who are profiting on the exploitation of everyday Americans.

Wake up. Don't just roll over and declare defeat. If you feel you or your fellow countrymen's liberties are being threatened, make a stand. Go out to that protest, stand up for what you believe in, and make yourself a part of history.

Now is the time to do it, because there may not be another.

Caitlin Marie Grimes
University of South Florida
11082
Beyond The States