The Problem With Dating Apps
Odyssey

The Problem With Dating Apps

Dating apps are supposed to be used for good, but just like everything, they've become corrupted. 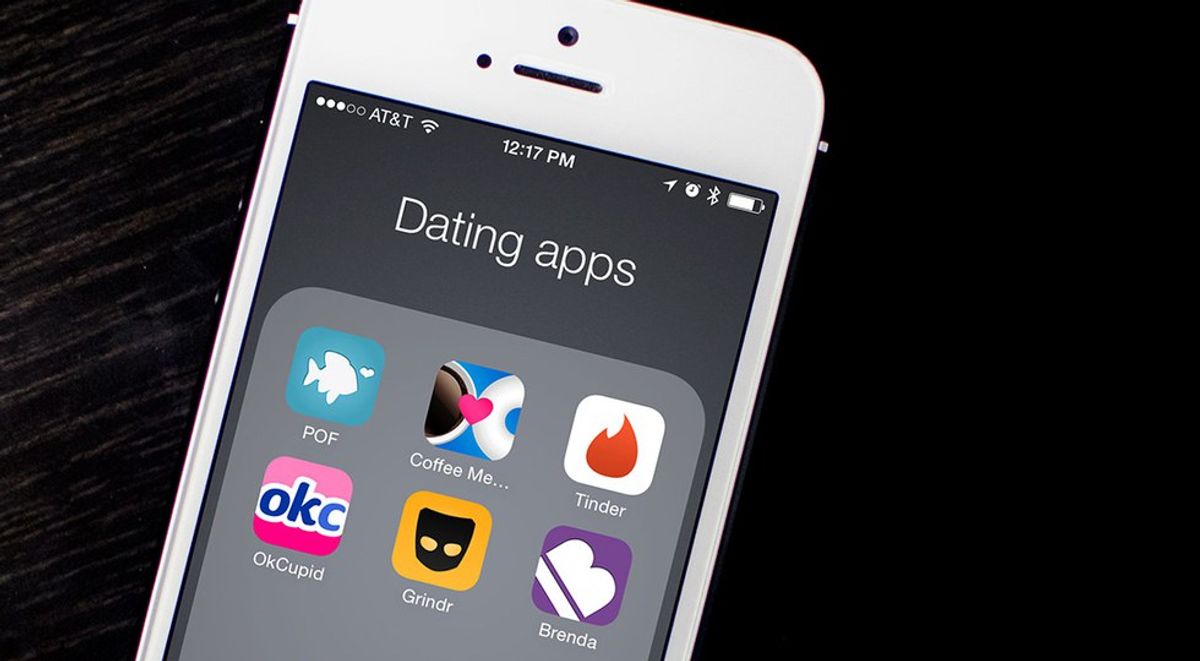 These days everyone lives a fast-paced life and no one really has time to stop moving. Luckily, technology has come in quite handy for the vast majority of the population. One of the things that seems to be the hardest to do is find time to actually go out and meet people. That is why someone somewhere created this lovely thing called a dating app. Now, most of these apps have set preferences so that people can know what they’re looking for. There’s Match.com, Christian Mingle, OKCupid, and even apps like Tinder.

So, what’s my issue with these apps? Our culture has taken their original purpose and perverted it completely. A great example is apps designed for gay men like Grindr and Jack’d. The original purpose of these apps were to be able to meet guys and be able to go out on dates to get to know them. Why? Mainly because it has been so difficult over the past several years to determine who is gay or straight (even in gay clubs it’s hard to figure out) and it gives men a chance to meet each other. That sounds great, right? Unfortunately, just like Tinder and a number of other apps, people don’t know how to act right.

What was supposed to be a way to meet different people and connect with them has turned into something for people to go on to and find a partner for the night. Welcome to hookup culture, ladies and gentlemen. The saddest thing to me is that these apps keep up a divide even in the LGBTQ world. Grindr, as many people can guess, is mostly seen as the “white and Asian” only app and Jack’d is more or less known for people of color. What’s crazy to me is that you’ll actually go onto an app like these and literally see things like “No fats, no fems, straight acting men only” and sometimes you’ll see profiles that read “whites only” or something of that nature. I understand that we all have a preference, but seriously? That’s fine by me, because you’re only shortening your opportunities of finding someone.

There are several people out there who don’t want to get on apps like these, because of the aspect of hooking up. I’ve heard many people say that guys only get on those apps for one thing and one thing only, but that’s not true. For me, after I turned the legal age, I made an account because I figured what better way to meet someone? I was young, shy, and didn’t really get a chance to go out there and meet people like many straight people can. Mind you, I still had the idea in my head that I’d meet my Prince Charming and ride off into the sunset (that idea is dead by now). So, when I downloaded the apps and made my account I was immediately taken aback by how many people only wanted sex. I thought it was for more than that, but clearly I was wrong.

Then as I got older, I figured that only gay men acted this way but I was wrong. I’ve heard several stories from my heterosexual friends who’ve told me that they met someone on an app and, only after a short while, they hooked up and never talked to that person again. Maybe the idea of true love is dead to our current generation, but I still kind of have hope. I just know by now that hope isn’t an app. This is very disappointing to me, because to this day I don’t really have time to go out and just meet people. Even when I do go to gay clubs, I usually stand in the corner unless I’m drunk (yes, I’m awkward until that liquor gets to me). Most importantly for me, I have no idea how to flirt when it’s someone that I like--anyone else I can just flirt away.

I sincerely hope that our generation and future generations get out of this idea of “instant gratification” and showing off for Instagram, especially when it comes to love. Having followers is nice, but it won’t make your happy always. Hooking up is nice, but there’s nothing substantial to it other than a “quick fix.” Hopefully one day we can get back to the true meaning of apps like Match, Tinder , Grindr, Jack’d, and so on and so forth… until then, make sure you all take precautions and always use protection.