The Problem With 21st Century Social Movements
Odyssey
CurrentlySwoonLifestyleHealth & WellnessStudent LifeContent InspirationEntertainmentPolitics and ActivismSportsAdulting
About usAdvertiseTermsPrivacyDMCAContact us
® 2023 ODYSSEY
Welcome back
Sign in to comment to your favorite stories, participate in your community and interact with your friends
or
LOG IN WITH FACEBOOK
No account? Create one
Start writing a post
Student Life

Technology is both a blessing and a curse. 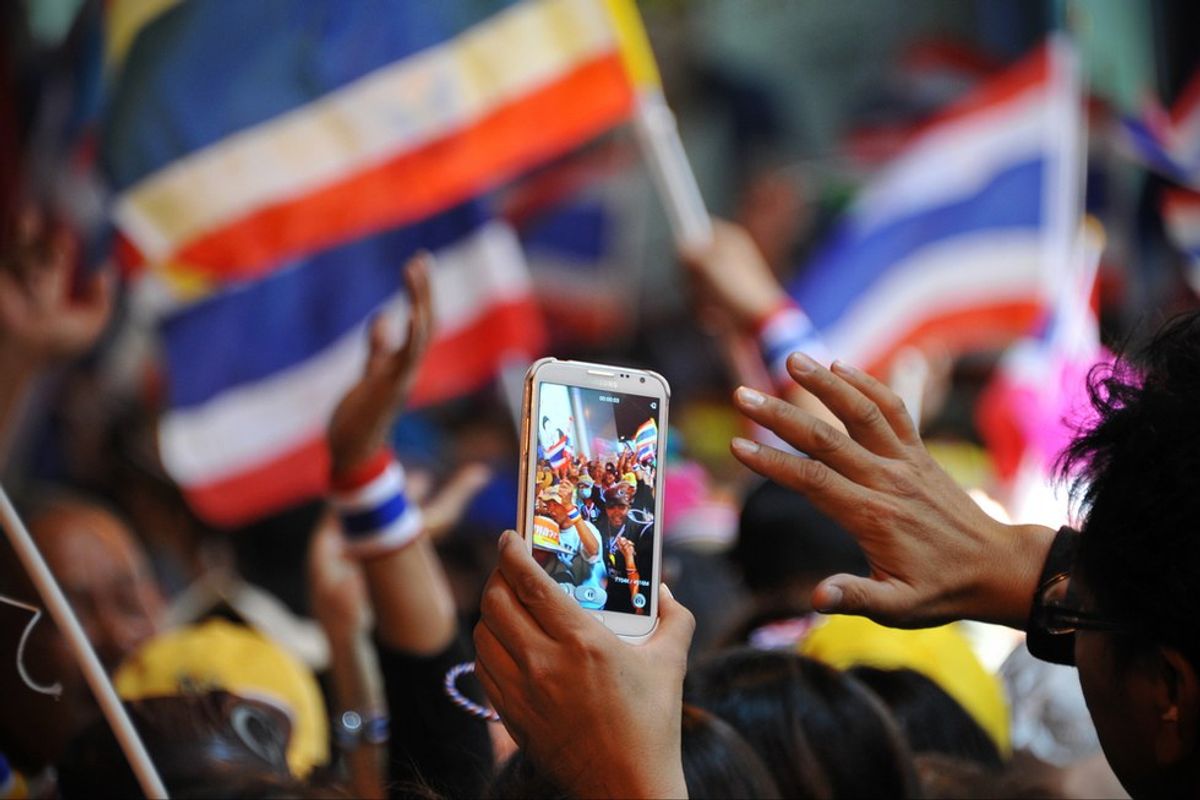 Anyone who's ever taken a U.S. History course that covers past the Civil War and Reconstruction knows just how fast things changed in the 20th century. The American Revolution directly inspired the subsequent revolutions in France, Haiti and Latin America for the next 200 years. Dorothea Dix fought for reform for prisoners and the mentally ill, and as the Industrial Revolution raged on, many others fought to end child labor and institute public education. The abolition of slavery and the persistence of segregation and discrimination in the nineteenth century shaped the events that unfolded from 1900 to 2000.

When I start to think about the 21st century, however, the names that we once had to match to movements in AP U.S. History do not have modern equivalents for "third-wave feminism" or "Black Lives Matter." We have neither a Malcolm X or a Martin Luther King, Jr. representing two opposite ends of an ideological spectrum; no Harvey Milk who becomes the spokesperson for societal change; no Ida B. Wells, Alice Pauls, Susan B. Anthonys or Betty Friedans who are leaders bound to a specific cause like women's suffrage. Our 21st-century social movements are not playing out how they would have in the "Turbulent 60s." While the advent of the Internet has helped to bring many issues to light, it has also hurt progress by taking the fight to a battleground that is often detached from reality.

Occasionally we'll see clips of protests in cities where tragedies have struck, but what about those of us who don't live in urban areas? The only participation we often have is giving YouTube videos more views or using a hashtag to contribute to an online discussion. One benefit that technology has landed to movements is the rapid sharing of media and availability of cameras and recording devices in cell phones. We can now be exposed to injustices in real-time, and everything can be archived and discussed online. The problem is that this increase in technology also can lend itself to the spread of misinformation and propaganda. Videos can be edited to leave out content or to change context of things that were said. Though the Internet is full of good information and offers access to important news, it is not what any movement should solely or mostly rely on.

The central demands of these movements often don't come with solutions or a strategic plan.

I could not tell you who the leaders of Black Lives Matter are by name, let alone if the goal is to focus on injustices outside of police brutality. I'm not sure if there's one issue aligned with third-wave feminism that the majority of activists are fighting for and agree on. Though the social change they advocate is better than the status quo, I don't know if there's an agreed-upon solution to combat these injustices. Gun control is one issue in particular that does not lend answers, and not just because those discussing it and in positions of power refuse to compromise. Neither arming nor disarming the population more will lower the death count. This is yet another problem with the 21st-century social movement -- real-life events lead to online arguments that don't initiate real-life changes.

Without leaders, actions are uncoordinated.

We have too many social justice "keyboard warriors" and not enough activists today. I, myself, am getting so sick of merely talking about these issues and not being able to do anything that creates real change. There's nothing to be said that hasn't yet been said, but there is so much to be done that hasn't been done. These movements could be cohesive, but in their current states, they are local and have no real tenets. We do need journalists, bloggers, and videographers to cover the events that happen around us, but how can we expect the world until we get out from behind the computer screen and take action?