It goes beyond the extravagance, they share a personal story and an important lesson for the world. 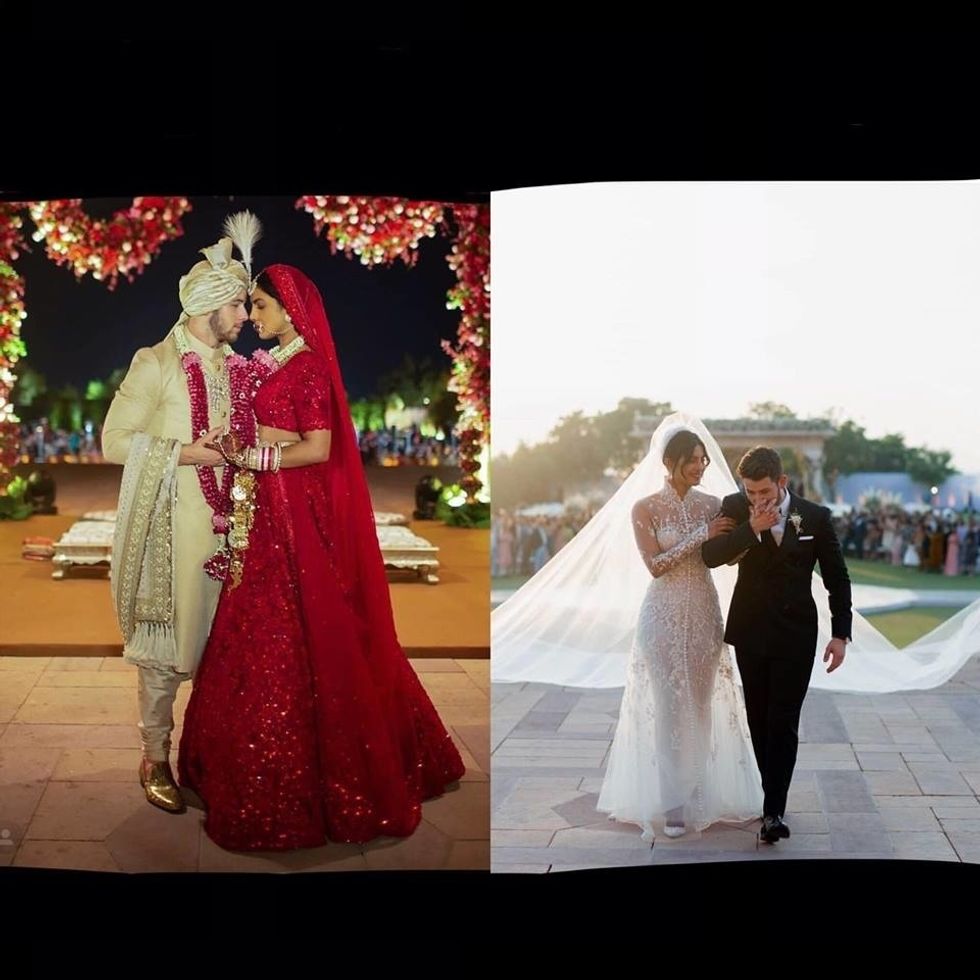 When Nick Jonas was first seen with the lovely Priyanka Chopra every heart of every 20 something year old who has been dating Nick in their dreams ever since the Jonas Brothers hit the scene when we were maybe 11-years old, shattered. But not because our celebrity husband was seeing another woman, but because we could tell that this was a couple worth getting behind. We loved them.

Two absolutely stunning, talented, kind-hearted human beings could not be more perfect for one another But like every couple there are differences and when they commit to marriage with one another they embrace the differences. And their double culture wedding embodied and embraced every bit of each other's traditions and cultures.

The first weekend of December the dynamic duo tied the knot in not one, but two beautiful ceremonies. One traditional western Christian and one traditional Hindu. And by what we have seen of the pictures from this marvelous wedding weekend, we all wish we could at least be a fly on the wall of this non-stop celebration. From Priyanka's gorgeous white, fitted Ralph Lauren dress with a veil that trained many many feet behind her that made all our jaws drop. To her stunning red dress and seeing the Jonas brothers unite with their brother standing by his side at the altar. And then that huge freaking cake and the choreographed performances!

But above all that we can't help but feel proud and pumped about the foundation these two have set in their weddings.

"I could not hold it in. I think I was nervous and scared. But as soon as the curtains opened, and I saw his face, it was just like everything settled and I knew I was making the best decision of my life." - Priyanka

Each wedding was focused on the couple and each tradition. Both ceremonies, both the bride and the groom showed that they knew what they were marrying into. They showed love and respect for each family. They once again showed the world that while we have different backgrounds, traditions, families, marriage is a commitment to your spouse. It's a choice to learn more about one another and what is important to them.

Yes, the Jonas' double-culture wedding weekend was extra extravagant and we all can't have that physically. But the love and the joy that the two shared for one another is something we all can possess and learn and grow from.

One part of the wedding weekend we all will now add to our future wedding and family gatherings is the non-stop partying! Following Indian culture, Nick and Priyanka and both families participated in a Mehendi Ceremony and an epic Sangeet which both families performed musical numbers that shared what was important to them. And after all was said and done in true Indian fashion Priyanka's family blessed the newlyweds in a Bidaai ritual.

The wedding, of course, had very special and personal touches to them. Nick's dad officiated the wedding and according to People magazine, inside Priyanka's dress was a piece of her new mother-in-law's wedding dress from 1985. And Priyanka's mother walked her down the aisle to her handsome and beautifully emotional husband.

Weddings can be lavish and they can also be simple. But one thing that remains true, all weddings celebrate the love and commitment two people make with one another.