Philly rapper, Privaledge, reveals what it was like to release three EPs within the same year, and gives advice to up and coming rappers about making it in the rap game. 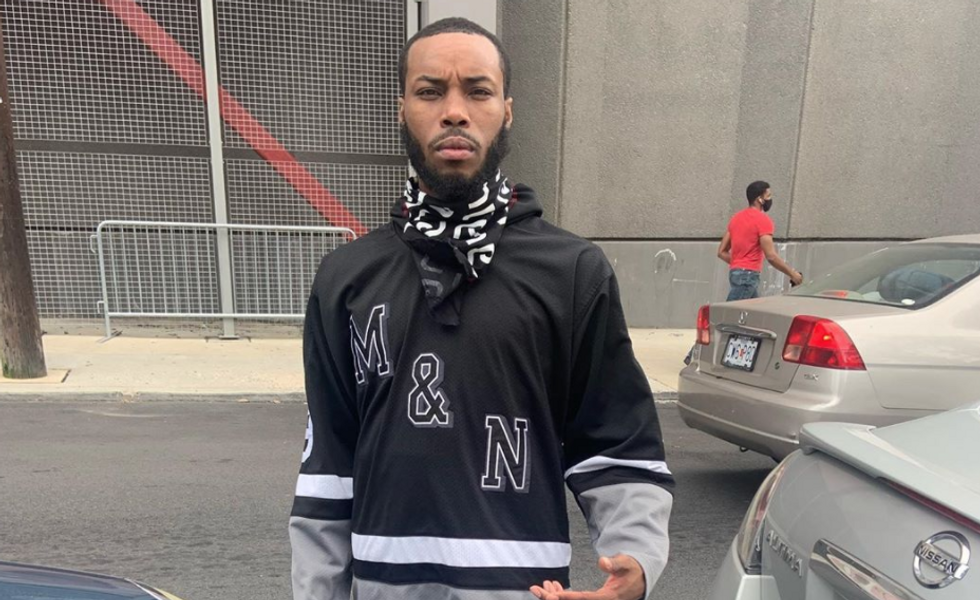 Philadelphia rapper Privaledge has put out a consistent stream of music over the past year. His four EPs "Respect Don't Expect," "Reality Check," "Racism Still Alive," and "Actions Speak Louder" have all been great examples of how dedicated and committed to the rap game he is. Songs like "Debate," "True Story," and "Change the World" represent how deep his lyrics are, while other tracks like "Bad Sense of Humor," "Flip," and "Clerk" showcase his trap attitude.

With more music definitely on the way, Privaledge is a rapper that we all should be paying attention to. In a recent interview, he opened up about what it was like to create so much music in such a short span of time. He also talked about what new merch he has coming out and gave insightful advice for up and coming rappers. Continue reading on for the complete interview, and be sure to check out his most recent EP, "Actions Speak Louder," now available on all streaming platforms.

How did you come up with the name Privaledge?

"Someone just asked me that earlier. I made that name in high school; basically it was off a poster I saw, it said 'Education is a privilege' and it stuck with me since."

When did you first start rapping?

"I was a young boy. I've been rapping since I was 12 and I didn't take it seriously at first. But everyone was like 'You should really do this!' and I was like 'Alright if you're feeling this shit then I'm feelin' this shit."

Who are some of your artistic influences?

"I listen to Jay-Z, Biggie, Tupac, Lil Wayne, the greats you know."

Are they who you would want to collaborate with in the future?

"Of course, I would love to collaborate with them."

Who would you prefer to collaborate with in the future?

"I never really think about that. I feel like I'm gonna work with all the greats. Probably Kanye or something, maybe Future." Do you have a favorite song that you've written?

"'Peezy,' I rock with that right now. The new records, you know, we've been dealing with Corona and that shit, so I'm ready to perform all that right now."

You've put out a number of different music videos since you started your Rap career in 2012. Videos like, "Clerk," "Flip," and "Ride or Die," what music video was the most fun to make?

"I liked 'Clerk' because it has the female in there. All of the other videos were fun too."

You've also collaborated on tracks with other rappers like "This the Life (feat. Waka Flocka Flame)," "Shitted on 'Em (feat. Kendrick Lamar)," and "Pillow Talkin (feat. J. Oliver)" who was your favorite to work within the studio and why?

"Definitely Nipsey, he was actually my favorite. Out of the list you named though definitely Kendrick."

Tell me a little about what it was like with Nipsey in the studio.

"It was an indescribable feeling. He was a real dude; he was a real guy. You felt the presence when he was there. I appreciate him letting me be in the studio with him. We made a dope record together."

You put out three EP's this year; "Respect Don't Expect," "Reality Check," and "Actions Speak Louder" what was it like to put out all that music in such a short timespan?

"It was fun. We just continued recording because we had to stay in that vibe. As soon as you lose that vibe it's over. You have to keep dropping music. I've been there before and it just isn't the same. I like to keep focused."

In the track "Debate" on the single(s) compilation of Racism Still Alive you mention that "We gotta start steppin' up to the plate" how do you feel that we can all start stepping up?

"I feel like if we all just need to start really individually working on ourselves. It starts with you, and it starts with me. Everything else comes together."

"Just because I feel that people that are around me know that I have a good sense of humor. But to the people I don't know, I got a bad sense of humor. I don't wanna say I'm the friendliest guy. If I know you, I rock with you and see you as a solid person, then we can rock out. If its outside of that then I might come off as 'who are you?'"

Because you released three EP's in one year, should listeners expect new music before the year ends, or within the next year?

"Yeah definitely, we're gonna keep on dropping music. Everyone loves the music, and I love making it. We actually just finished up something but there's no release date yet. More people have to hear the newest tape first, so we want to make sure people."

Some of your lyrics such as; "My check got buns, all y'all bitches got bunions" on "Bad Sense of Humor," "Stomach, bowel movement, how I shit it" on "Dunk Contest," and "Long pipe/shawty said she can feel it in her stomach" on "Flip" are hilarious rhymes. How did you think of lyrics like these?

"It's just stuff I just think. Some things are serious but are funny at the same time."

What was your favorite venue to play at before the Coronavirus?

"I wanna say Club NOTO in Philly, we've done five or six shows there, we've played with Roddi Rich, it was lit. It's a popular club where people come after their shows. You gotta come out to Philly, our shows are lit."

"The Black Priv Movement is something that I came up with, with my sister. She was like 'You should be Black Priv', and I thought about it and began to think, 'This is bigger than me.' We are all Black Priv, and we all want to make a change in the world. I don't really feel like artists are speaking enough about what are going on within our communities enough."

Your online store is currently selling visors for $20, and bandanas for $10, are there any plans on releasing more merch?

"Yeah, we're working on crazy merch, and I don't wanna say too much but we have some hoodies coming up."

If you were stranded on a desert island, what would be the one album you would need to have with you?

"Definitely Jay-Z's album 'In My Lifetime.' Especially on an island."

What advice would you give rappers who are just starting out?

Before this interview ends are there anyone you'd like to shout-out or anything you would like to announce?

"Shout out to y'all, like I said keep going. Turn it up. Black Priv."

Related Articles Around the Web
music
Report this Content

Madison Franz
The Narrative
1120434
Photo by Brooke Cagle on Unsplash

Madison Franz
The Narrative
655699
Photo by Manny Moreno on Unsplash