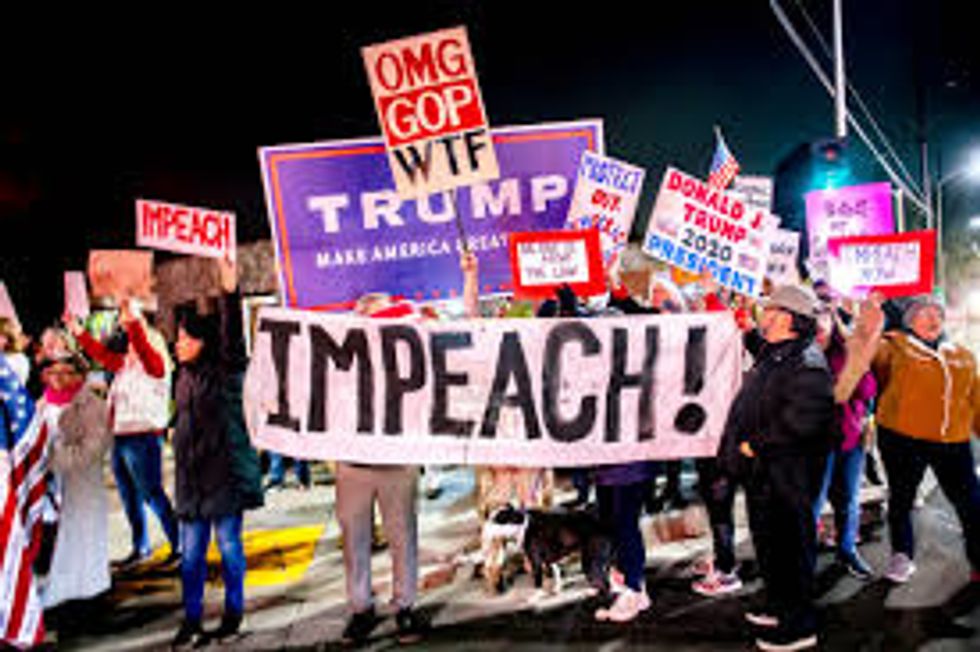 This Wednesday history was made in the United States: President Donald Trump was impeached by the House of Representatives, which found him guilty of two articles of impeachment.

rump administration is marred with controversies and alleged corruption. Those allegations dated back to the 2016 presidential election that led to his ascension to the U.S. presidency. More recently, he also got caught in the Ukraine scandal for which he is impeached and likely to be removed from office.

The House Judiciary committee officially charged Trump with abuse of power and obstruction of Congress in a party-line vote of 23 to 17, which makes Trump the fourth president in U.S. history to face impeachment and the third to be impeached.

Those charges stemmed from the fact that Trump used the power of his office to withhold badly needed military aid to Ukraine for his own political gain. He played what is called a quid pro quo game with the Ukrainian president.

Trump set the condition to President Volodymyr Zelensky: no military assistance will be sent to Ukraine until Zelensky started investigating Hunter Biden and the Democrats. Constitutionally, it is bribery, an impeachable crime.

The other charge is due to Trump categorically refusing to cooperate with the Democratic investigation, which is the basis for obstruction of Congress impeachment article.

So, on Wednesday, December 18, 2019, the House of Representatives has impeached Trump like Andrew Johnson in 1868 and Bill Clinton in 1998. The vote was along party-line with 229 members supporting both articles of impeachment and 197 opposing them.

Now Trump, being impeached, will forever join the annals of infamy. His removal is next but quite unlikely. Trump will be tried in a Senate chamber packed with a friendly Republican majority. Removing him from the White House would require 2/3 of 100 senators or 67 of them to vote against him.

The evidence against Trump is colossal. Credible testimonies from his own inner circle have sealed his fate. In all fairness, all congressmen and senators should honor their oath to the constitution and to the American people by weighing the evidence presented to them.

But Republicans are known to vote blindly along party-line. Their sense of duty first revolves around their partisanship, a pact of solidarity regardless of guilt. Despite all the facts, it is rumored that an acquittal of Trump in the Senate is expected.

In a late-Thursday interview with Fox News host Sean Hannity, McConnell (R-Ky.) all but guaranteed a Trump acquittal, saying there was "zero chance" the president would be removed from office. He promised "total coordination" with the White House and Trump's defense team.

In case of an acquittal in the Senate trial, Trump will eventually seek a second term in the 2020 presidential election. Look! Trump is too psychologically damaged by the impeachment to lead the nation effectively. The embattled president is worn out, and he needs some time to fully recuperate from his psychosis.

Trump is a disgrace. The whole Ukraine scenario was a scheme for him to cheat his way again to a second term in office. This time, the Ukrainegate, unlike other schemes, is a failure that results in his impeachment.

In this case, his removal from office is a great service to the nation. If he is given a second chance, he would be more bellicose and bolder in his acts because he would have nothing to lose. Also, his scorched-earth policy would be too much for the country and the world to bear.

"I will vote to impeach the President because this bribery and abuse of power violated the constitution and put our national security and our international relationships at risk," O'Halleran.

Hubert Odias, Frelance Writer.
Report this Content
This article has not been reviewed by Odyssey HQ and solely reflects the ideas and opinions of the creator.