People usually know Portugal as a hotspot for tourists; it looks like a luxury vacation spot from the outside but the reality is that Portugal is a country filled with economic and financial problems. People are having economic problems due to unemployment. Behind the castles, cathedrals, and towers is the poverty in Portugal, a reality that not a lot of people know about. 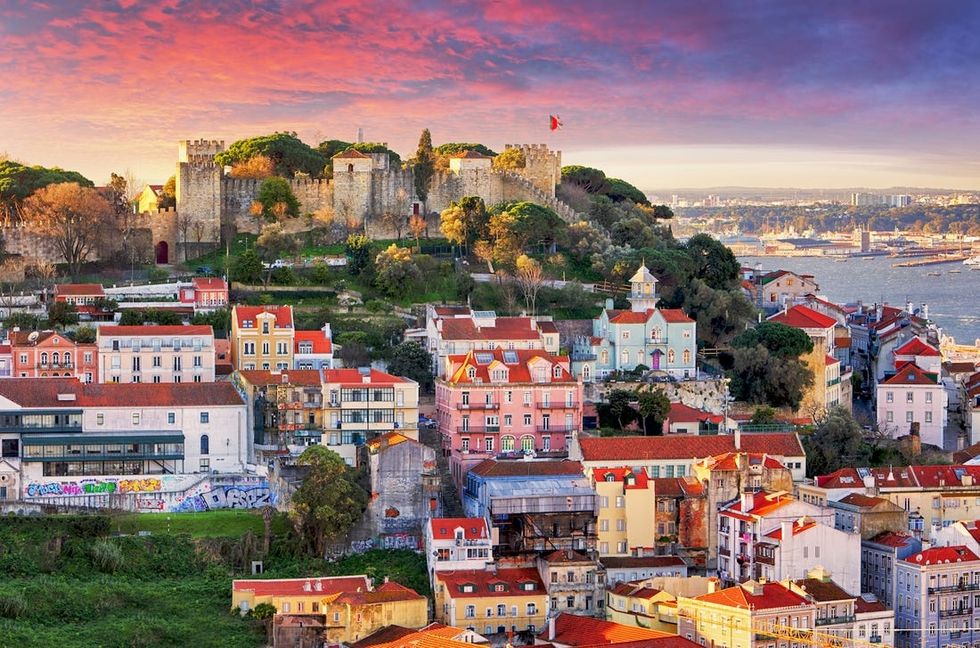 People usually know Portugal as a hotspot for tourists; it looks like a luxury vacation spot from the outside but the reality is that Portugal is a country filled with economic and financial problems. People are having economic problems due to unemployment. Behind the castles, cathedrals, and towers is the poverty in Portugal, a reality that not a lot of people know about.

Portugal has almost 2.6 million people living below the poverty line, which is 25.2% of the total population. The National Statistics Institute assures that 487,000 of the citizens living in poverty are under de age of 18.

Marcelo Rebelo de Sousa, Portugal's president, said people need to start realizing that poverty is a big deal in Portugal and that ending unemployment must be prioritized.

Portugal's news government has cut public sector wages and raised taxes. These changes are affecting the economy of multiple families because not every family can afford a rise in taxes. The government believes that these changes would help decreasing poverty in the country, and 15% of the families would benefit from it.

Children living in Poverty in Portugal:

Amelia Bastos, a professor at the Higher Institute of Economics and Management, pointed out that, although there have been some improvements in recent years, children remain one of the groups more affected by poverty.

EAPN pointed out that Portugal is still one of the most unequal countries in Europe. The gap between rich and poor in Portugal has increased a lot in the last 30 years, and governments must act quickly because if not, Portugal would remain an unequal country.

Risk of Poverty in Portugal:

Researchers stressed that it would never be possible to combat poverty in children without fighting their parents' poverty. Recent data from the National Statistics Institute prove that the risk of poverty among children is 19 percent, which is 1,729,675 minors, represents close to 330,000 children.

The National Statistics Institute data shows that the risk of poverty rate in the 18-64 age group was 16.7 percent, while in the population over 65 it was 17.7 percent. These numbers are concerning the scientist because they increase more and more every year.

The most recent study on Portugal's poverty, social exclusion, and social inequality does not explore their regional variations. The study about Portuguese poverty focuses on the importance of location. The cities of Portugal with the most population have more poverty than the cities with less population.

In the last years, an alarming number of Portuguese have joined the so-called "embarrassed poor." This means that in the last years, more families were entering poverty than leaving it. In 2018 the numbers increased by 0.5 percent.

The Food Banks Against Hunger is an essential part of helping people battling poverty. According to INE data, more than 2.2 million people are at risk of poverty in Portugal or social exclusion.

Therefore, the network of charities plays a unique and irreplaceable role in helping those most in need, and food support is crucial in this aid.

Portugal's poverty started increasing in the late 2000s. By 2009, the country began facing high levels of debt and a rising unemployment rate that, to this day, still weighs on the country's economy.

Another solution could be focusing on improving the quality and inclusiveness of jobs. This means that it has to be an improvement in earnings quality by increasing wages and reducing earnings segmentation.

Poverty in Portugal is a problem that must be solved. Portugal's population needs to realize the issue so they can do something about it. As in right now, not everyone in Portugal is aware of the situation, and that is the main reason why poverty is still a primary issue in the country.