A Potterhead's Take On 'Fantastic Beasts And Where To Find Them'

Despite being based on one of Harry's textbooks, this movie holds all the magic typical of J.K. Rowling 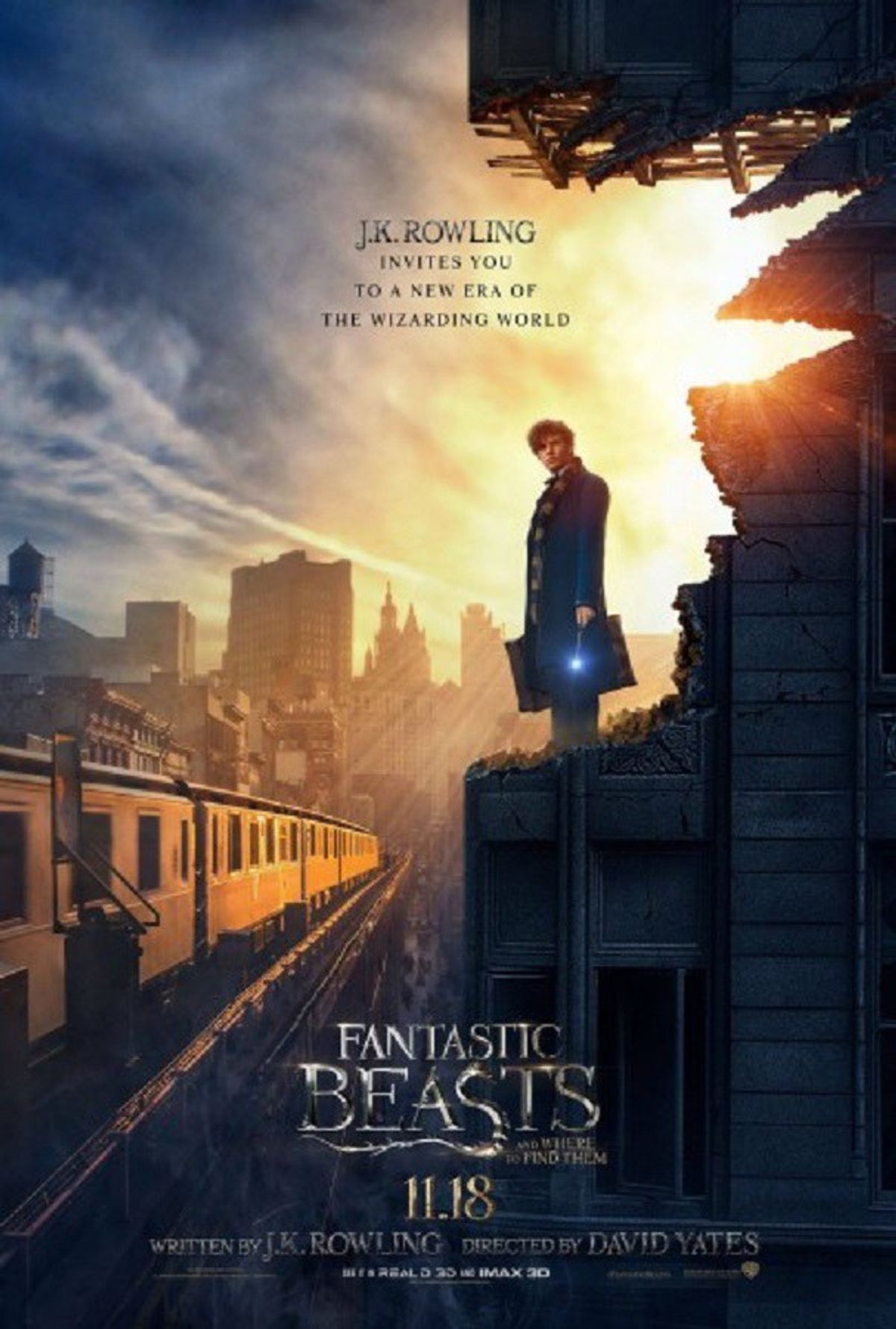 I have always loved Harry Potter. Even one of my first memories is of picking up my mother’s copy of Harry Potter and the Sorcerer’s Stone and trying to read it myself (which, being about four years old, I failed to do) because she wouldn’t read it to me. She read it to me and my sister a few years later, and I’ve been hooked ever since.

I’ve read all seven Harry Potter books enough times to quote lines when necessary, I’ve seen the eight movies based on the books enough times to quote parts of them as well, and I’ve even read Fantastic Beasts and Where to Find Them and Quidditch Through The Ages. But unknown to many, both of these books aren’t part of the actual series, and only serve as supplements in case readers want more information. Quidditch through the Ages is a book at the Hogwarts library, and Fantastic Beasts and Where to Find Them is one of the textbooks Harry needs for his first year at Hogwarts. Both are full of Harry’s and Ron’s and sometimes Hermione’s writing in the margins, and serve to inform readers about the world of Harry Potter, with a fair amount of comic relief in standard Rowling fashion.

Now, since the movie Fantastic Beasts and Where to Find Them is a story isn’t to say that it’s some kind of “fake” Harry Potter story. In fact, unlike The Cursed Child, it’s actually written by J.K. Rowling herself (both the book and the screenplay). For this reason, it’s easily one of my favorite Harry Potter movies. All previous Harry Potter movies, like many other book-to-movie adaptions, are written by someone the producers hire to write an adaption of the book (the only exception I can think of is The Hunger Games). The author may have some say on what is changed, depending on the contract, but it appears that Rowling is getting an increasing amount of say in her movies.

That being said, Fantastic Beasts and Where to Find Them follows the author of Harry’s textbook, Newt Scamander, on a trip to America in search of more magical creatures to study. His character is eccentric and lovable, and soon makes a group of friends who help him track down his creatures that escaped onto the streets of New York. In the process of catching his missing creatures, Newt and his friends must stop a mysterious creature terrorizing the people of New York, wizards and no-majs alike. They also have a close encounter with Grindelwald, who would later (outside of the movie) be beaten in a duel by Albus Dumbledore.

Overall, Fantastic Beasts and Where to Find Them has all of the magic expected from any of the other Harry Potter books or movies.