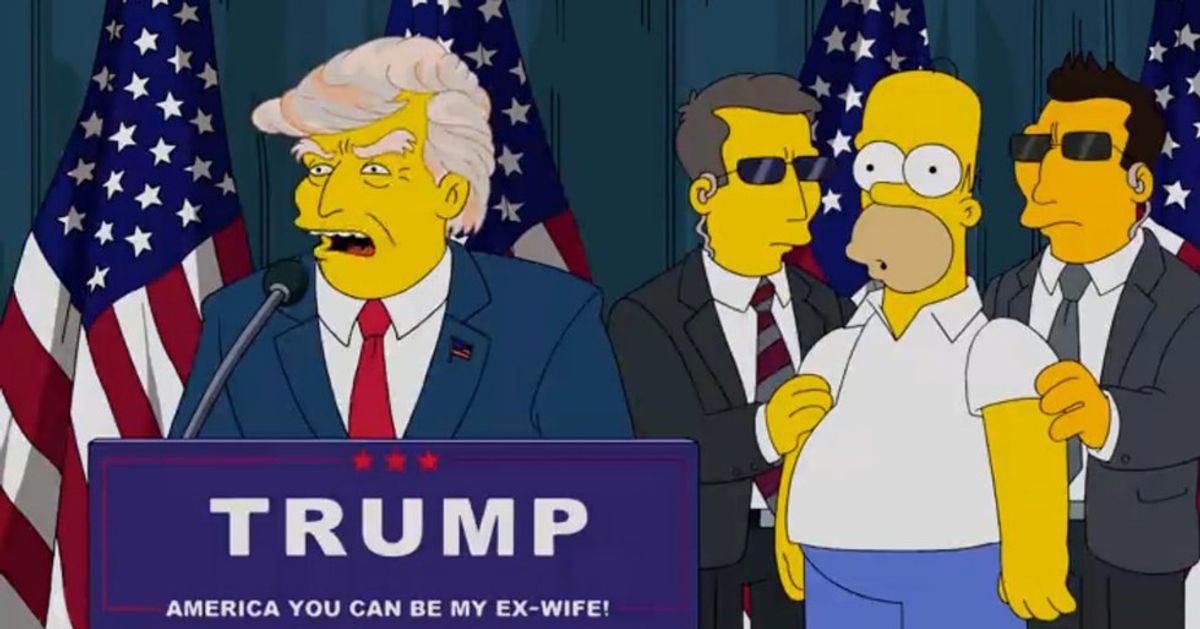 The seventeenth episode of the eleventh season of the Simpsons mentioned that Donald Trump had become president in the future. The episode first aired March, 19 2000, and now in present times, it seems that Trump will be our president in the coming year.

9/11 was a very horrible incident, there are tons of conspiracy theories about the disaster, but people become even more suspicious when they see all of the references to before it even happened.

"Chain Gang Johnny" aired April 27, 2001 only months before the 9/11 attack. In the background you see a poster of a burning tower captured, "coming soon."

The Simpsons episode, "To Surveil with Love" aired May 2, 1997. Bart is looking at a magazine about New Work with the dollar sign by a big 9 with two towers beside it. The graphic creates 9/11.

This book was written in 1983. The cover features a picture of the twin towers on flames with people falling out of the tower.

Second Chance's first episode was set in purgatory, July 29, 2011. During the episode Dictator Gaddafi appears in purgatory after dying. Gaddafi died in real life in October 2011, only months from the predicted date. Second Chance aired in the 80's.

Nicki Manaj's song We Miss You was written a year before her cousin's death. In the song she sings about someone leaving in July and asks why the doctors couldn't stop their bleeding. Her cousin died July of the following year after being shot and and left to bleed to death.

"Day by day, and night by night, he called up one corner of the globe after another, and looked upon its life, and studied its strange sights, and spoke with its people, and realized that by grace of this marvelous instrument he was almost as free as the birds of the air, although a prisoner under locks and bars. He seldom spoke, and I never interrupted him when he was absorbed in this amusement," said Mark Twain in an the London Times in 1904. It sounds very much like the internet.

Americathon came out in 1979. The movie predicted that in 1998 the U.S would be depleted of all oil, Nike would become a huge brand, the USSR would collapse, China would become powerful and reality television would go out of control.