Are All Politics Junkies Obnoxious?
Odyssey

Are All Politics Junkies Obnoxious? 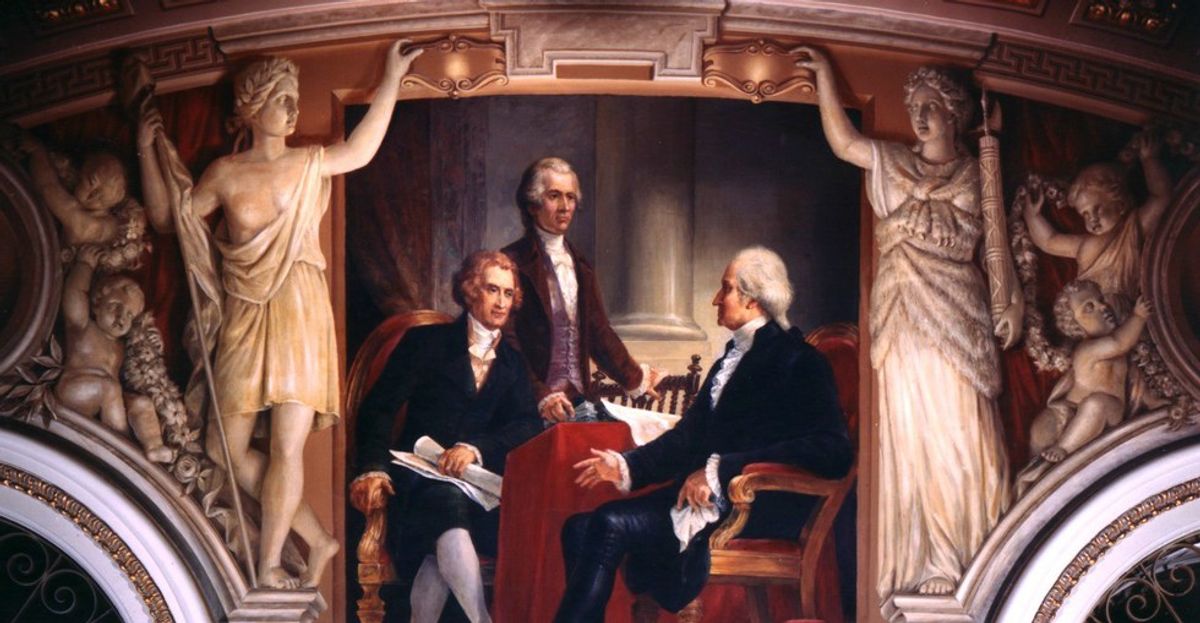 People are rarely lukewarm about politics. You know exactly what type of people I’m talking about. If you even breathe word of the 2016 election or Donald Trump, you’re either going to be hit with a deluge of opinions and information you didn’t ask for or a succinct “I don’t care about politics” with the implied message being “please stop talking right now.”

Personally, I love politics, so this behavior is strange to me. I think it’s super cool, and also incredibly important: The people we choose to elect, and how we choose to elect them, can have a huge impact of the policies promulgated that effect our daily lives. For me, there’s just no option not to care about politics; the type of voting we implement, or how we enfranchise the vote, or whom we end up ultimately electing can have an overwhelming effect on how our day-to-day plays out. Not only is it admittedly subjectively fascinating, but it’s also just important in my view. Government matters; there’s a reason we like living in the United States and not Syria. When politics inform government and vice versa, it seems strange to me to “not care.”

However, at the same time, I totally get it. Our current political and social climate has conflated “politics” with “overly angry, unwilling to compromise opinionated crazy people.” And there is validity in that statement. The polarizing nature of politics has isolated people from it as a discipline or topic of conversation. When we characterize our opinions as the ultimate authority on the issue and engage in conversation to flip people’s views rather than learn from them, conversations can quickly become unpleasant.

That’s why people are eager to disassociate themselves from conversations concerning politics; when every discourse becomes a hotbed of vitriol and persuasion, those only lukewarm about the issues are going to remove their voice from the conversation. Consequently, there becomes an intertwining of opinions and information, as those who possess more cold hard knowledge over political issues position themselves as the opinionated authority, becoming fiercely possessive over their values. Is this intuitive? Is it only natural that those with a strong knowledge base are going to shape what they learn into opinions, which certainly isn’t a bad thing? Or conversely, should these people be willing to enter into more productive discussions because, after all, they are at least a little bit academically inclined?

At that point, the purpose of political science — an academic field intended to educate — becomes a little murky. At the end of the day, political science (and the politically inclined people who tend to gravitate toward that discipline) intends to inform about government, and when government itself has become too intrinsically polarizing, we begin to blur the perceived boundaries between academia and rhetoric. Of course, the political science field is as academic as ever, barring some outliers. However, the overall umbrella of “politics”, which is intended to be a legitimate discipline is unfortunately adulterated by partisanship, to state the obvious factor. The relationship between political ideology and values has certainly slowed the organic and productive exchange of ideas, to the extent that the lines between values and facts or policy proposals become less apparent. Everyone’s values, for the most part, are legitimate and personal, and while they do inform certain areas or policy, the current acerbic political climate has demonized conflicting values when this just doesn’t need to happen. Debating facts or methodologies can be good; however, debating values when they’re not rooted in ignorance or bigotry is unproductive, borderline intolerant, and isolating to those who aren’t as invested in politics as others.

People who enjoy discussing politics and engaging in debates ultimately end up being those on the extreme side of the spectrum, thereby driving away the moderates. How do we make politics a more inclusive field? I don’t mean inclusive in the sense of diversity and inclusion (though that’s certainly important); rather, I want us to find a way to make people want to engage in political conversations, whether they are self-proclaimed “politics people” or otherwise. For a start, we need better spaces in which to conduct these conversations, and better conduct from those involved. Instead of engaging the opposite side solely within the context of a debate, natural and friendly conversations need to become more common.

Furthermore, we need to see a top-down approach to this, beginning with those in office to do us all a favor and compromise. While this is a lofty goal, it’s crucial in deconstructing the negative perception that surrounds political conversations, and we see the adverse effects of this playing out in the political arena. Political leanings aside, we see that, as Trump surges to the forefront of the Republican party, people from all over are lauding him as being a “political outsider,” while many similarly condemn Hillary for her status as a “career politician.” It seems silly to me that someone’s main qualification for a political office is that he has never held one before, but it speaks volumes about our country's current state of frustration. They embrace outsider candidates, and how they speak in layman’s terms. Obviously, there are a myriad of other factors contributing to the rise of Trump; however, overall political dissatisfaction is a huge one, and that stems from the everyday disconnect between people and politics because it’s perceived as an elitist and heated sphere.

Overall, the perception of politics and the subsequent conversations as unpleasant and unwelcoming is not necessarily incorrect. The question now remains whether this is inherent to politics, or if we and our current climate have just perverted it. Conflict remains at the heart of this arena, stemming back to the Hamilton/Jefferson days. We need to start turning this conflict into a productive discussion, rather than alienating and condemning those who disagree.