How Social Media Has Destroyed Democratic Elections
Odyssey
CurrentlySwoonLifestyleHealth & WellnessStudent LifeContent InspirationEntertainmentPolitics and ActivismSportsAdulting
About usAdvertiseTermsPrivacyDMCAContact us
® 2023 ODYSSEY
Welcome back
Sign in to comment to your favorite stories, participate in your community and interact with your friends
or
LOG IN WITH FACEBOOK
No account? Create one
Start writing a post
Politics 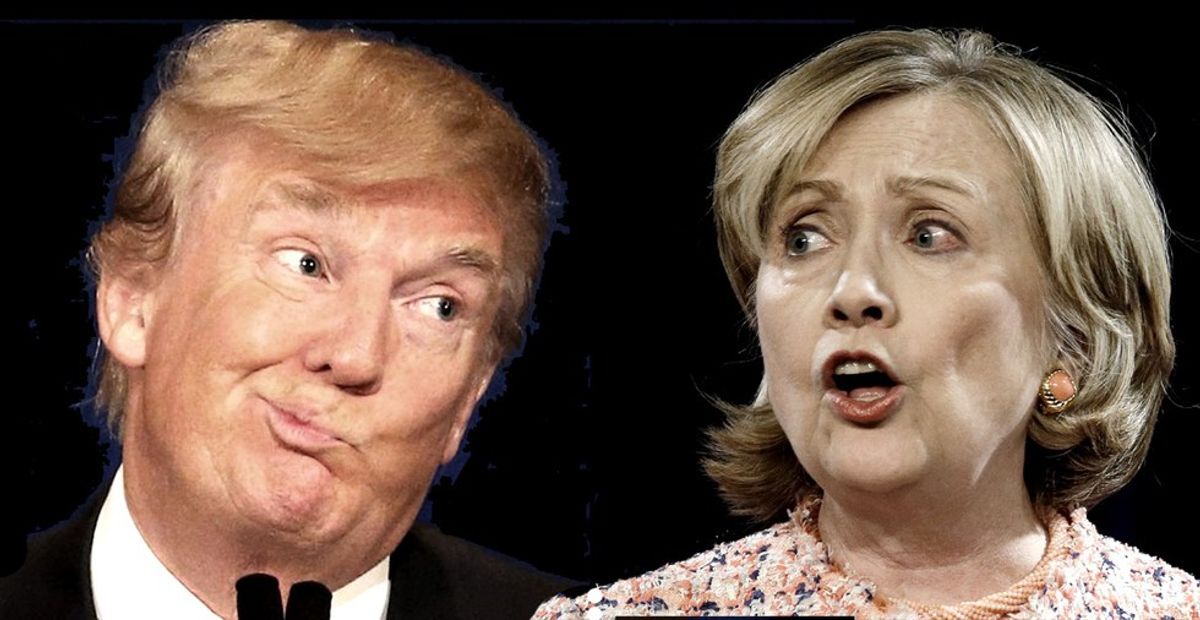 Presidential elections are a dynamic process. The first United States election of 1789 was nothing like the current election of 2016—and it has changed with every election in-between.

The radio became the new medium for political discussion in the 1920s, television in the 1960s, and social media today. Every scroll through my Facebook or Odyssey newsfeed is guaranteed to produce some article, rant, or video about why “I’m With Her,” why we need to “Make America Great Again,” and even some leftover why we need to “Feel the Bern.”

While I applaud those who haven’t become too disillusioned with American politics to participate, I am nevertheless disconcerted with those who vent strong political beliefs and assertions without any evidence in defense.

I read a pro-Trump post about how “[w]e need Trump to win the popular vote because most likely Hillary is going to win the electoral vote.”

The popular vote merely determines who the electors will be, not who the president will be. The 12th Amendment to the U.S. Constitution explicitly states,”The Electors shall meet in their respective states and vote by ballot for President...The person having the greatest number of votes for President, shall be the President, if such number be a majority of the whole number of Electors appointed.” Rigorous, serious debate on who should be in the Oval Office cannot happen until those who want to debate are educated on the fundamental structure of our nation’s government.

In addition, facts on the candidates are skewed on the regular. I once stumbled upon a chart comparing Bernie Sanders and Hillary Clinton’s number of proposed bills in Congress (Sanders had proposed much more than Clinton) in an attempt to demonstrate Bernie’s greater devotion to progressivism and change. However, the creator of this chart failed to mention that Sanders has been an active member of Congress since 1991 (biography.com), while Clinton only served in the Senate from 2001 to 2009 (usnews.com)– about a third of the time. That’s not to say that one or the other is more progressive, but that does invalidate the chart’s comparison of “apples and oranges.”

Furthermore, the election discussion that takes place behind the keys of a computer or the touchscreen of a smartphone heavily emphasizes personality and rarely focuses on actual policy. I see the value in a charismatic executive to lead our nation, however, the discussion on the size of Trump’s hands or Hillary’s decision to stay with Bill Clinton after the Monica Lewinsky scandal should not take precedent over how they will deal with illegal immigration, rising global temperatures, gun control, institutional racism, and more.

Political debate via social networking sites should by no means be halted; however, much reform is needed. In fact, for every factually incorrect, highly biased, and personality-based post I’ve seen, I have also read intellectual, well-supported, and substance-filled arguments from Facebook friends who understand how to share their political beliefs appropriately and engage in quality conversation. In order to move forward in that direction, let’s hope that we can all become better educated on the election process, the U.S. government’s structure, and the candidates.

Nicole Marie Nigro
Individual Creator
7802
c1.staticflickr.com
Where to start...... Let me start with the cliche that life throws us curveballs and what we do with it is what counts.