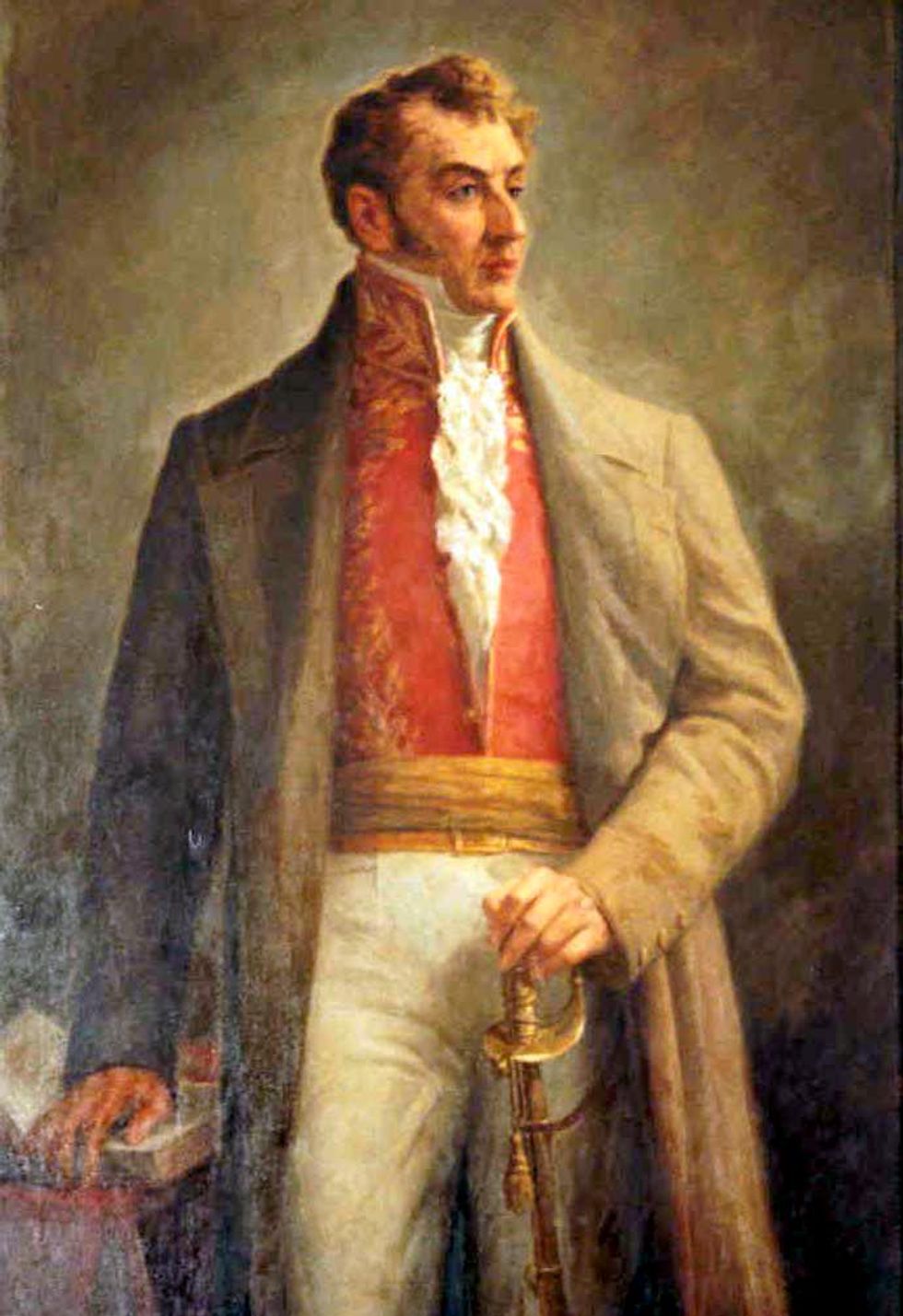 Oh my dear readers, I must extend my apologies for my absence- as participation was down on social media due to the plague I decided to put my little Bagatela on hold as I noticed not many people were engaging.

I'm starting a little series highlighting the stories of political prisoners to humanize the plight for human rights. Most of these stories have rarely been told in English so I thought I should give some quick highlights. For a current political prisoner check out this article on Roland Carreño of Venezuela https://lesdroitsetlaliberte.wordpress.com/2021/03... on my professional site.

Nariño's life was filled with action- as this is only a 500 word Odyssey "Bagatela" I intend to only focus on a specific aspect of his life.

As a disclaimer: I am not a historian, merely a lover of knowledge who is working to get the stories of political prisoners and stories from other countries to the English speaking world.

Without further adieu gentle reader- Antonio Nariño! Alas, I can tell this in the style of the Time Travelling Revolutionary series which was quite popular on my Bolivar article a few years ago- let me take you to 1780s Colombia, come along with me! To a land yearning for liberty but chained by the yoke of despotism.
Oh dear! I must hide this! It is my own Spanish translation of the Derechos Humanos. Why is this dangerous? Ahh reader, let me tell you a little tale about Antonio Nariño>

Nariño nearly died at birth, and was considered too weak to make it. Despite the odds little Antonio excelled at education and was homeschooled by his parents. Nariño had a desire to learn all he could, and when he was in his late 20s the French Revolution hit. Nariño translated the "Droits de l'Homme et du Citoyen" (Declaration of Rights of Man and Citizen) into Spanish for the sake of intellectual discussions which he hosted with his friends. Nariño was alerted about the danger to his life and burned his translation but it was too late. Nariño pulled from Aquinas and the Bible to justify his translation but the Spanish showed no mercy- he was exiled to Africa but escaped on the ship when it docked in Spain, fled to France and eventually back to his home in Colombia. Nariño was eventually imprisoned again and unjustly treated. In that dark cell suffering from tuberculosis and congestive heart failure- the archbishop himself begged for his liberation. His wife Magdalena fought for him- and her pleas were often ignored. While in convalescence it was likely Magdalena contracted tuberculosis from him leading to her own demise. After Nariño's recovery the Spanish officials again abducted him without cause- and he was released when the War for Independence broke out. Nariño had an active life- he started a political periodical, became president, became a prisoner of war, and Vice President under Bolivar. I can write entirely different articles about all of those events but that would be for another day.

Oh but alas the star of this little piece was stricken by a great many ailments. Come with me to Villa de Leyva, where Nariño is resting in convalescence from tuberculosis, heart problems, his legs are worn through from the chains, and as an avid reader he can barely see anymore. Surely he must be bitter and angry! But alas- no! "if Jesus died on the cross for the sins of those who tortured me, why should I be bitter?" and other phrases Nariño believed in. He died in 1823 while listening to monks sing as he looked at his clocked, crossed himself (something Catholics do to bless themselves), and said "it is time" while looking at his clock and waiting for it to hit 5pm.

This little story was both heartbreaking and powerful. Nariño was an interesting and complex hero like all- he gave so much for liberty and never showed any bitterness. I wish we could all reflect this trait and show compassion. I hope to get this out to the world, and we can discuss more of these stories from other cultures and places.

Was it worth it? To suffer so much just for the spreading of ideas? He could have lived a comfortable and easy life if he didn't.
But would be know him today if he didn't? and even more important- than who would have? Knowledge is a human right, and we all have an innate instinct within us to learn all we can. By sharing knowledge and putting his life on the line for his beliefs- and even more so, his devotion to sharing knowledge, Nariño not only opened the door for the discussion of this human rights document but also enabled others to do the same. Sometimes all it takes is for one person to stand up for what is right- and it contributes to the larger picture. Like Nariño, may we cast aside our fears and stand firm to what we know is right and translate the words so all may understand.

I must leave you for now but stay tuned for future articles! Alas, like Nariño I have been translating away both the Droits de l'Homme and tweets about political prisoners.