How a sorority became my family. 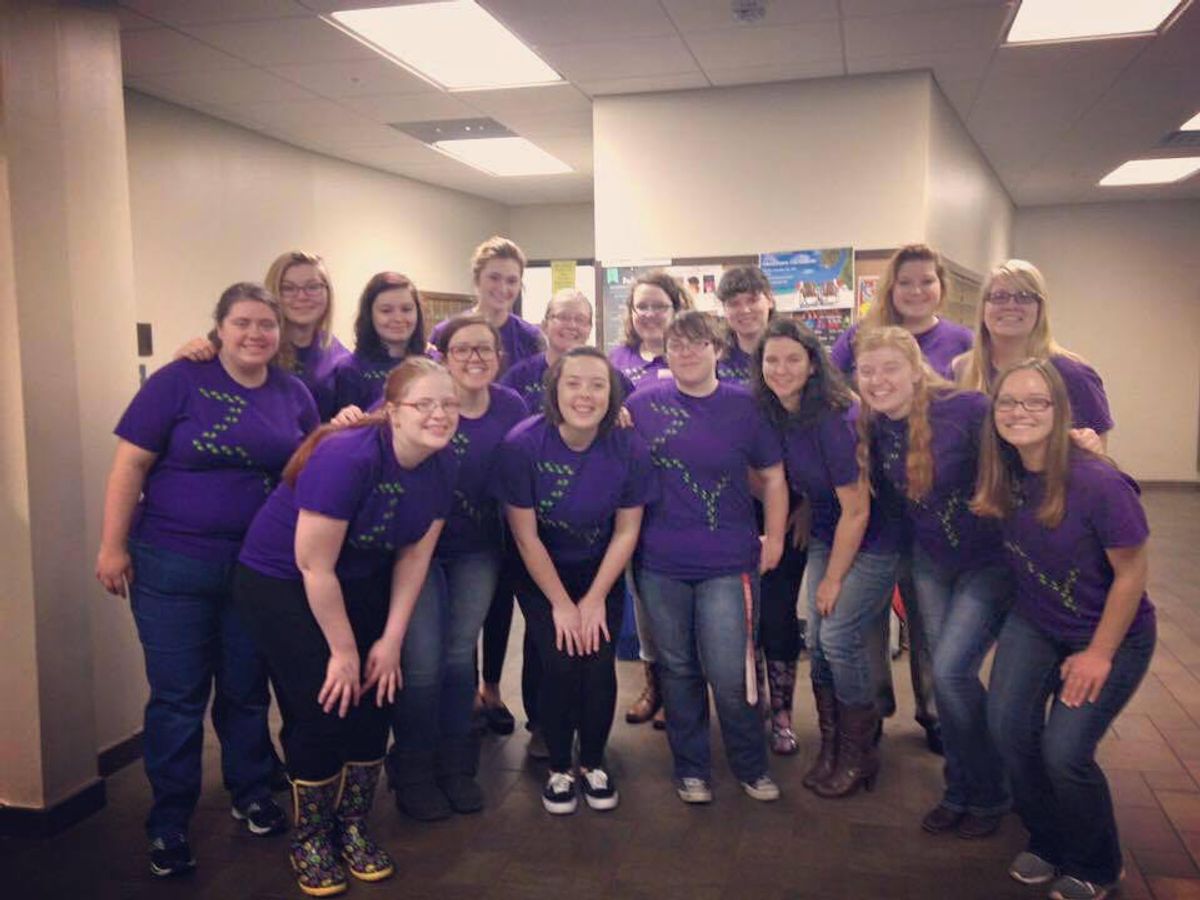 If someone asked me what I anticipated college would be like, I would have said I hoped it would be academically challenging, because I thought people went to college to study, get a degree, and get a job that allows them to live comfortably for the rest of their life. Although that part may still be true, it is not what people really learn in college. Throughout my journey, I have met some of the best people, and some of the worst, but I have made some of the best memories and stepped outside of my comfort zone to do things I would have never done before.

Before attending college, I had heard a lot about rush week, but had no idea what it consisted of. I thought rush week was when groups of guys and girls literally rushed from place to place for one week each semester. But as I began to see the media portrayal of rush week, I started to think rush week was a giant popularity contest where the pretty girls and handsome guys got bids from sororities or fraternities, whereas the individuals who did not fit the mold were cast aside and forgotten about. Rush week, in my mind, was rigged and there was no way I would ever be a part of something that excluded people based on attractiveness. But then I found myself at Central College.

Central College was not anything like the big universities I had heard about in various movies and television shows; it was small, private, and every student on campus seemed to greet each passerby with enthusiasm. I knew as soon as I stepped foot on campus I needed to go there. A lot of my decision to attend Central was based on it being a smaller school, which was something I was not used to coming from a high school where I did not know half of the student body. Each organization on campus was extremely welcoming, and I had been looking for a place where I fit in, but it was not until my second year of college that I finally found that place.

My second year of college started out like any other: struggling to fit my entire wardrobe in a tiny closet, reconnecting with old friends, attending class, and making sure I didn't drown in homework the first week of school. Even though the routine was a familiar one, something was missing. The year before, my friend had mentioned she joined a sorority and found where she fit, and I wanted that more than anything -- I did not want to be a loner anymore.

A few weeks later it was rush week, and I decided to throw caution to the wind and embark on a new journey. Each sorority held teas (which did not have actual tea) where the active members got a chance to know each prospective pledge. While I did not get a chance to go to every tea I wanted to, I got bids from two sororities on campus and then had to decide which one I wanted to pledge. Long story short, I made the right decision pledging Zeta Upsilon.

I suddenly found myself surrounded by 19 other quirky girls who I would have never dreamed of hanging out with, but we all fit together like pieces of a puzzle. Throughout the pledging process, I was venturing outside of my comfort zone and discovering who I really was. We played countless icebreaker games while familiarizing ourselves with the sorority we were now a part of and, before I knew it, it was time for activation and time for me to become an active member of Zeta Upsilon.

Activation night was full of laughter, embarrassing moments, and memories that will last a lifetime. I had never thought of joining a sorority in college, but my sorority sisters have become some of my best friends. Yes, college is about furthering your education in order to secure a good job in the future, but it is also about finding a place where you belong, going outside of your comfort zone, and maybe forming a bond with your sisters that cannot be severed.