Playing A Musical Instrument Will Change Your Life
Odyssey

Playing A Musical Instrument Will Change Your Life

Yes, your voice counts, too. 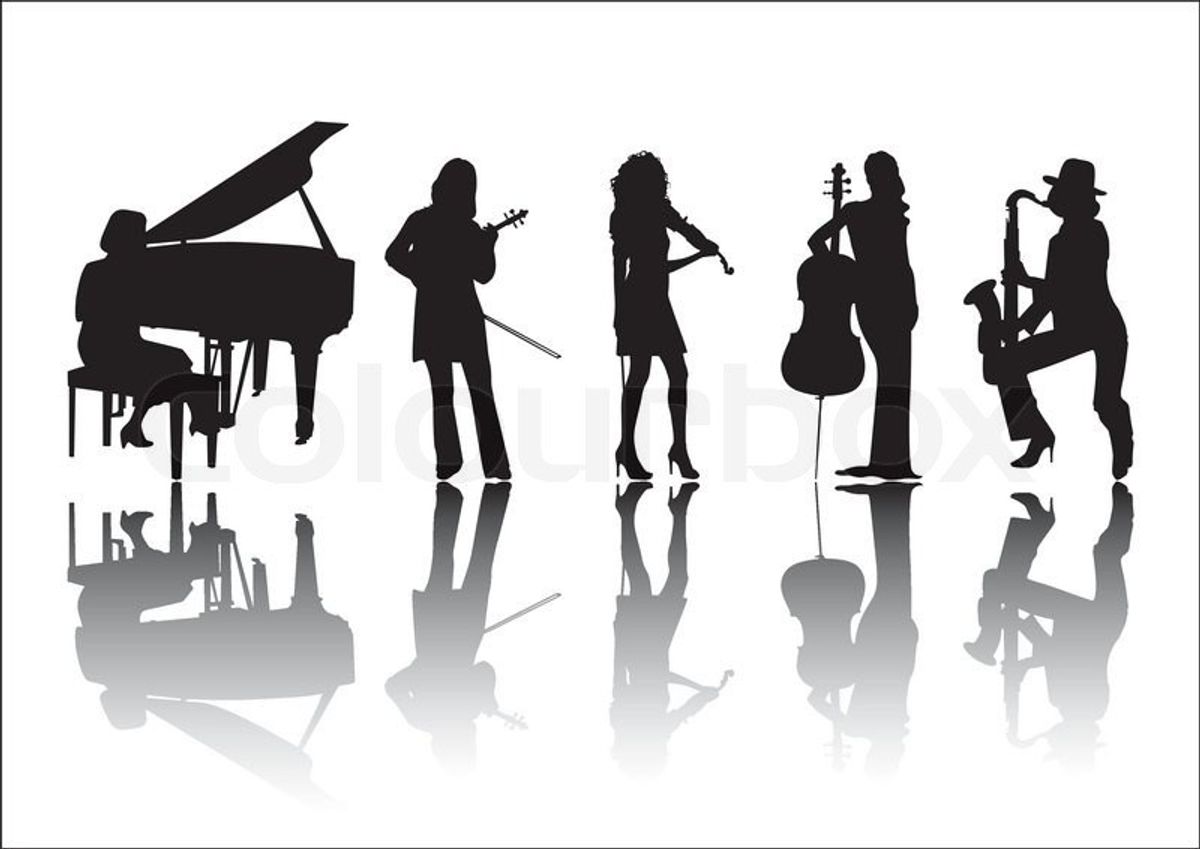 Today people who play a musical instrument or sing at their school often get a bad reputation. You might know them as the “band geeks,” the “weird kids,” or those people who are always complaining about band, orchestra, or chorus rehearsals (or maybe just about having to practice in general). But here’s something you probably don’t know: As much as they may complain about it, they secretly love making music. And another thing you probably don’t know is that you’re missing out on a life-changing activity by not playing an instrument.

I know this because I used to be in band. I began playing the French horn in fourth grade when everybody in my school was allowed to learn how to play an instrument. It was hard to learn, but I really enjoyed it. As the years went on, though, the music became tougher and more demanding, which made practicing annoying and not as fun. But I’d be lying if I said I didn’t miss it.

In high school, I was never involved with marching band, the musical, jazz band, or any other small music groups like many of my classmates were. I knew that a lot of these groups were very time-consuming, and I was never all that interested in playing that much in addition to being in the band for school. But I’ve been to many of these events and competitions—not only for my high school, but for professional groups as well—and every time I attended, I got goosebumps as I listened to the finished product.

When you go to any music event, you always appreciate what you’re hearing (unless they’re really bad). But I think having played an instrument in my past makes me admire these performances even more. It’s a form of connection between fellow musicians. You can relate to all of those long, grueling rehearsals they’ve undoubtedly had to endure, their pieces of music that are covered in chicken scratch notes from the conductor or from themselves, and you feel for them. Then you listen to their performance, and when you’re blown away by what you’ve just heard, you feel happy for them because you’ve been there.

This isn’t to say that not everybody can appreciate music. I know plenty of people who have never picked up an instrument in their entire life, and these people are still very supportive of the fine arts. But as supportive and appreciative as they may be, it’s just not the same as a fellow musician—or former musician—being able to relate to the hard work that these people have done in order to prepare for this performance.

Playing an instrument can also change the way you listen to any type of music group. You’ll start paying more attention to why something sounds off. You’ll ask yourself questions like if the flute player is playing too quiet, if the clarinet section is simply too loud and that’s why they aren’t blending properly, or maybe the flute player is just out of tune. You’ll also question the structure of the whole band, like if it’s too top-heavy or if all you can hear are the trumpets. And this applies to string and vocal groups as well. No matter how good the group sounds, there always seems to be something you notice the most, whether it’s good or bad. These are things that a person who hasn’t played an instrument wouldn’t be able to pick out very easily.

When I graduated from high school, I never thought I would really miss band. But the truth is, some days I would give anything just to play a few scales on my horn for a minute. And that’s why I still keep music in my life by learning how to play guitar. That’s why everybody should play some sort of instrument whenever they have the chance to. It’s never too late to start learning something that has the potential to change your outlook on music forever.

Glorie Martinez
498
Why I Write On Odyssey