“We hope to know if there's life within the next decade.” 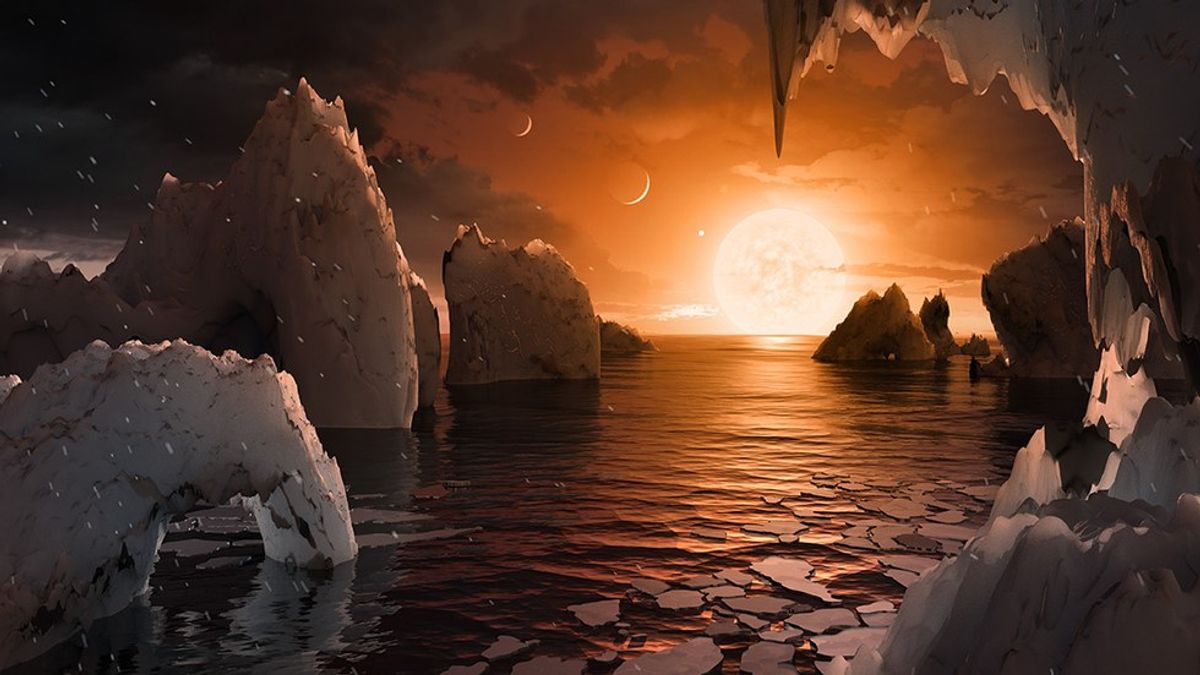 In my last article discussing the recent discovery of time crystals, I mentioned how it seems like there's nothing new to discover. Everything has been found or discovered, and all of the good ideas have been taken. However, it appears I may have spoken too soon. A second major scientific discovery has just been recently unveiled, and it's a very promising one.

Through NASA's Spitzer, VLT, and Trappist-1 space telescopes, astronomers have discovered seven new Earth-sized planets in a star system labelled the Trappist-1 system 40 light years away. That's about 171,427 years away if you travel at 60 miles per hour without stopping, which is actually rather close in terms of space. But! We've discovered other planets in our galaxy away from our own solar system before; why is this any different?

To put it simply, there's a chance we may have found extraterrestrial life. Or at least, where it might be. Three of these seven yet-unnamed planets, simply labelled Trappist-1 E, F, and G, are in the temperate zone of the red dwarf star they orbit, which means they are capable of supporting aquatic environments. To demonstrate, Earth is in the temperate zone of our own star, the sun. Because of this, Earth is naturally suited to harbor water. And where there is water, there is the chance of life, so the same principle certainly applies to these new exoplanets.

But don't go filling your doomsday bunker with supplies just yet. There are still a number of factors to consider such as atmospheric composition, gravity, and other such planetary conditions. Many of these planets are tidally locked, meaning that only one side of the planet faces the star at all times like our moon.

Still, it's difficult not to get excited at the prospect that we might not be alone in the universe. After all, this is the only star system we have found thus far to contain so many Earth-like planets with favorable conditions. Dr. Amaury Triaud, co-researcher of the Institute of Astronomy in Cambridge, even went on record to say “We hope we will know if there's life there within the next decade.”

"I think we've made a crucial step towards finding if there is life out there," Dr. Triaud continued. "I don't think any time before we had the right planets to discover and find out if there was (life). Here, if life managed to thrive...we will know."

The universe is a big place. We already know that there are over 100 billion galaxies like ours in the universe, and that water is one of, if not the, most abundant resource in said universe. So who's to say that we won't stumble upon extraterrestrial life one day? I just hope it will be in my lifetime because it will certainly be a day to remember, and I want to be there.

Caitlin Marie Grimes
University of South Florida
11728
Beyond The States