It Took National Geographic 22 Seconds To Make A Huge Environmental Change, And Now It's Our Turn

Planet or plastic? You decide. 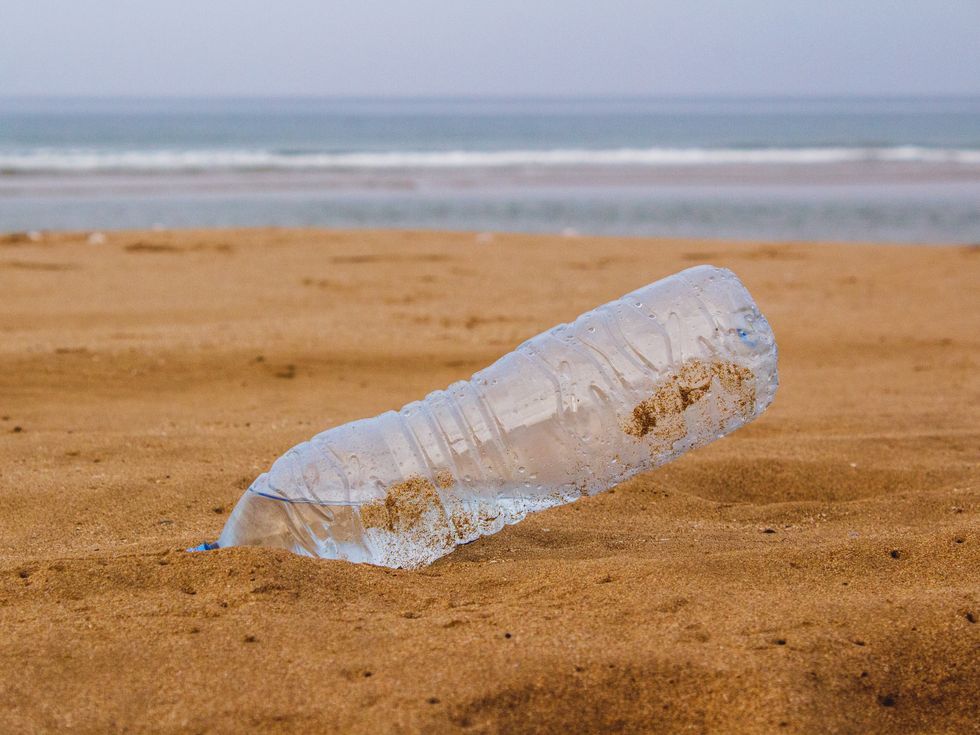 There's an ad I've been constantly seeing lately. It's only 22 seconds long, but in that small time frame, it made realize the trouble that our world is in.

National Geographic has asked this question: Planet or plastic? The short video is so simple, yet so powerful. It zooms in on a small iceberg sitting in the ocean, but once it gets closer and goes underwater, it reveals itself to be a plastic bag.

It makes me think about how marine life can mistake pieces of plastic for something else, in turn causing harm to themselves. National Geographic also explains that a 2016 study shows that plastic smells like food to them, as well. Algae thrive on plastic, which makes the smell confusing to animals. Then they mistakenly eat the plastic.

Their Planet or Plastic page has quite a few links to different articles that I believe everyone should read. It has a lot of eye-opening information. There's one which reveals 10 shocking facts about plastic. It talks about how much plastic is currently in our oceans, how much marine life is currently known to have eaten plastic, decomposition and so much more. The numbers are honestly scary.

There is also a Kids vs. Plastic link, which I think is really cute and a great way to get kids involved. They explain the information in a simple way for kids to understand. They give them 10 tips to reduce plastic waste, pictures of animals with little facts about how they're affected by plastic, a certificate you can print out for being a Planet Protector and a couple of learning games. I think it's great to make the learning fun. Then kids genuinely want to learn.

Their pledge is something I really believe in. Once again, it hits you first with a startling number. Nine million tons of plastic waste ends up in the ocean every year. Then it shows the number of reduced waste so far, which makes you feel a little better seeing that number rise. Then you begin your pledge.

You pick your plastics you will work on reducing, then decide how much you think you can cut back each week. It calculates how much waste that reduces. When I took my pledge, there were 91,543 other people who had pledged so far, as well as 95,728,579 plastic waste reduced so far.

They have some more articles at the bottom, all of which are quite interesting to read about. There is one about a machine that turns waste into walls, another about ice pops filled with plastic and other waste. There are others about plastic making the ocean a minefield for marine life, how marine life eating plastic affects us, the art of plastic pollution and National Geographic's choice to give up the plastic wrapper of its magazine.

It's crazy how many articles there are about plastic and what it's doing to our planet. It's hard to think about the fact that something we've used for so long has caused so much damage. It's also hard to stop and figure out alternative ways.

Nothing is going to happen overnight — maybe not even over the next few years. It's going to take time and a lot of effort. I believe it is possible to make a change, though. With all of the links and information they provide you with, it's sort of hard to ignore the fact that a change has to happen.

For any of my fellow writers out there who want to get involved, National Geographic has teamed up with Wattpad to create a contest: "Wattpad has teamed up with National Geographic to wake the world up to the potential impact of single-use plastics. In 500 words or less, we're asking you to share a story-real or fiction-inspired by actual photos of this global issue."

The pictures they provide are great inspiration fuel. They give you all the basic guidelines for entering, and the deadline is November 30, 2018. For those of you entering, I wish you the best of luck. Even if you don't win, you're supporting and bringing awareness to a good cause.

It's time to make a change in this world, and I think National Geographic has done a fantastic job in getting us started.

environment
Report this Content
This article has not been reviewed by Odyssey HQ and solely reflects the ideas and opinions of the creator.