Best Places to Go in Seattle

Seattle is quite the place to go visit, with many attractions. 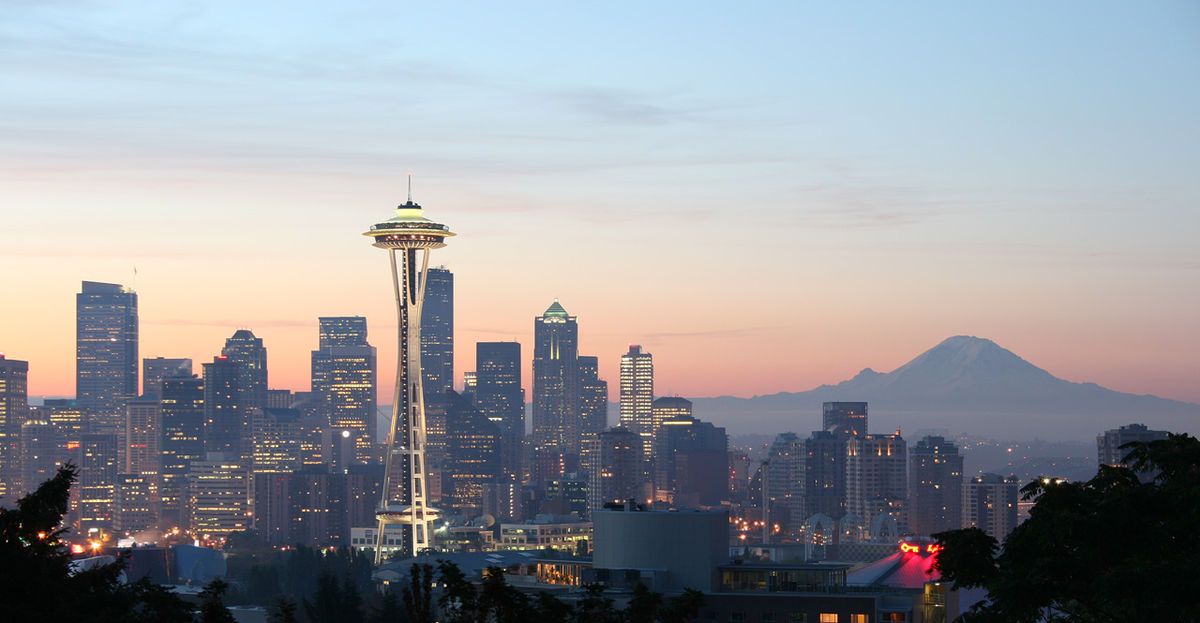 Last week, I went on a trip to Seattle. It's a really interesting city with lots of attractions to visit. Here are the ones that I found the most exciting:

This is an awesome place to go shopping or to just browse. There are so many different sorts of shops here, and the best part is, the food places have samples. I sampled some delicious jam--Seattle has access to some great produce, turns out. Also, there's a fish shop where the workers throw fish around. Pretty exciting.

I didn't actually go up it, but just looking at this landmark is pretty cool. But yeah, it's an elevator-like structure you can go up to see a beautiful view of the city.

I have a confession to make: I had never had clam chowder until I went here. Yeah, that's pretty weird for someone who lives on the west coast. Anyway, the clam chowder here is delectable. Also, if you sit outside, you can feed some seagulls. Really, they even encourage it with signs. It does shut them up, which is nice.

This is one a lot of people don't know about. On 918 E John Street, there's a soda vending machine. Its buttons all say "Mystery". Apparently, no one has ever seen who stocks it with sodas. Anyway, when I went with a couple of friends, we got cream soda, sprite, and ginger ale. Who knows what else it has? It's a mystery.

Since Starbucks is kind of a huge deal, like the biggest coffee shop chain ever, it's cool to see where it all began: in Seattle. The vintage logo and sign is cool to see, as well as the old-fashioned decor within. I didn't actually enter the first Starbucks since there was a line out the door when I went, but it was interesting to see it from the outside.

Hope you get the chance to go to Seattle. It's quite the city with its own quirky, unique culture. And if you go, I hope you enjoy it as much as I did.

Nicole Marie Nigro
Individual Creator
8028
c1.staticflickr.com
Where to start...... Let me start with the cliche that life throws us curveballs and what we do with it is what counts.