A snapshot of Pisces, the twelfth sign of the Zodiac 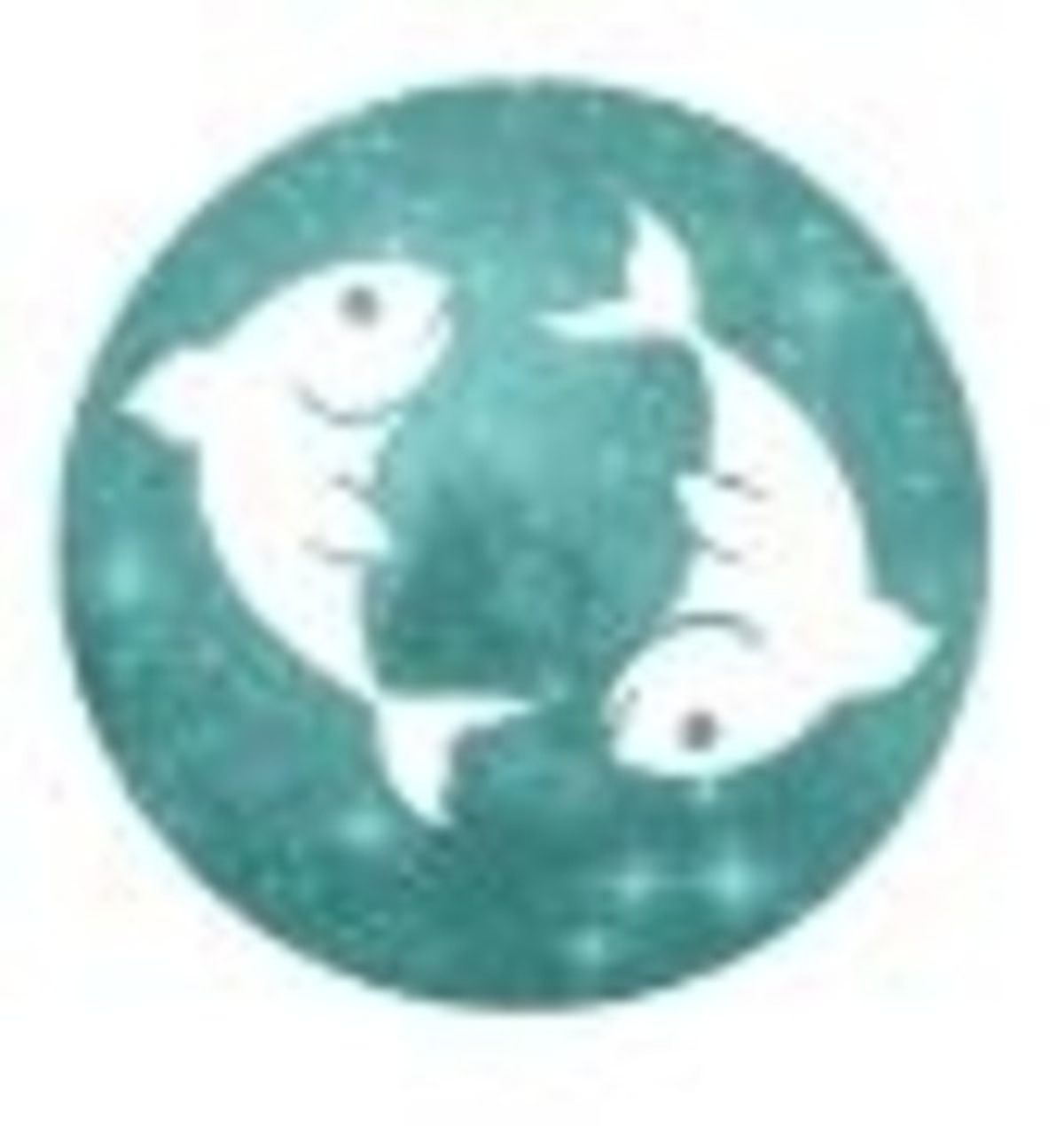 Pisces is the last sign of the astrological year. Beginning around the last third of February, the Sun’s transit through Pisces occurs during a seasonally unclear time. Think of Groundhog Day: if the groundhog has a shadow, there’s six more weeks of winter; if it lacks a shadow, there’s only two more weeks of winter. But as with most urban legends, it’s more of a fun tradition than something most people take seriously. No one knows for sure how the weather will be between mid-February and mid-March. We could get buried in snow, enjoy clear sunny days, or get washed out by rain, or all of the above. That’s a good idea of what Pisces is like: you can’t necessarily figure it out. Pisces is (at least most years) the time when all the ice that was brought on by Capricorn and Aquarius starts to thaw out, so that it will turn into water to nourish flowers and other plant life for the Aries season. As a sign of softness, it dissipates the iciness of the two signs that came before it, both literally and figuratively. It’s also a very spiritual sign, which makes sense given the religious1 observances that take place: Ash Wednesday, Lent, and Palm Sunday, to name a few. The symbol of Pisces is two fish swimming in opposite directions, tied together at the tails. They represent Pisces’s perplexed and perplexing nature.

There’s no better planet to rule Pisces than the water planet, Neptune, itself. Named for the Roman god of the sea, Neptune represents everything having to do with the unreal: fantasy, illusion, deception, and idealism. Pisces prefers to take frequent trips into its own little world, away from the bleaker realities of life. It strongly dislikes the mundane and uses its imagination to forge its own understanding of living. For this reason, Pisces is able to find stained glass where there is nothing but soot. Pisces’s preference for the brighter side, however, leads it to naivety. It sees the good in everyone, and other people can take advantage of its giving nature. It also makes it prone to lying, as it is sometimes unclear on what the truth is and really hates hurting other people’s feelings.

As Pisces isn’t a clear sign, the Twelfth House is the hardest house to understand. It represents the subconscious part of the mind and how we act when no one’s watching. It also stands for institutions such as prisons, hospitals, and asylums, as well as hidden enemies. There are two things this house is generally about: things that are hard to understand (hence, Neptune) and the rehabilitation of those who need help. Pisces is among the most selfless of the twelve signs, dropping and leaving everything whenever someone is in need. People with a heavy Pisces and/or Twelfth House influence are often healers or work in jobs where they can help or save others. This sign gives to others even when it doesn’t have much itself, and it feels bad when it doesn’t feel it’s helping enough. The Twelfth House is all about connecting oneself to the rest of the universe, and rescuing and serving others is Pisces’s way of maintaining that connection. The opposite sign and house, Virgo and the Sixth House, are also about offering service, but it’s focused mainly on more tangible and practical means of helping people. Pisces is more prone to helping people emotionally and is more focused on feelings.

The mutable water sign is all about being adaptable and flexible in terms of emotion. Pisces’s element-quality combination gives it great powers of empathy, allowing it to understand anyone’s feelings using little or no effort. As the first sign Aries is associated with the self, Pisces, as the last sign in the astrological cycle, feels an inner connection with everyone and everything by taking on their emotions. Piscean sympathy is a major plus in creative careers: acting, singing, performing or composing music, writing, any medium of the visual arts, etc. By so easily taking on other people’s elation, agony, woe, and infuriation, Piscean people can create the most convincing characters, thought-provoking symphonies, and transcendent paintings and drawings. They’re also the best at just simply being nice. They’re rarely bullies and are more inclined to cry with you rather than laugh at or criticize you. But this ever-loving manner can backfire on Pisces. Since it relates so readily to others, it’s easily drawn to the wrong people, or to people who cannot be saved or don’t want to be saved. It often ends up a living martyr, relying on whatever molecule of “the bright side” it can find and forgiving the other person’s faults, regardless of badly they affect it. All too often, Pisces doesn’t get itself out of a situation until it’s been used and abused for far too long. Its all-loving manner is one of its greatest weaknesses. Nonetheless, once this sign learns to be more discerning with people, it will be able to freely express its kindness towards those who deserve it most.

Pisces will be very confused when it goes to a party. Its whimsical mind was elsewhere the entire way there, so it’ll have to bring it back to Earth. How Pisces reacts depends on the mood of the party: the happier its guests are, the happier Pisces will be. The opposite is true as well. This sign, more than other signs, is likely to talk to people on a whim rather than deliberately searching for one specific person or type of person. Pisces isn’t picky. Most of its conversations will involve feelings rather than factual information. “How was that?” “How did it make you feel?” “That’s awesome!” “How awful!” There’s a chance it won’t catch all of what the other person said, however, as it gets constantly caught up in its imagination, even when it doesn’t mean to do so. This is the sign that gets completely off-topic, much to the dismay of its friends. But it’s the easiest to talk to, because it’ll understand the other person without having to try. When it’s not talking to people, Pisces will sort of just glide around in a daze, not exactly decisive about what to do next (unless there’s a pool or something else water-related, then that’ll be its first or only stop). When it comes to flirting, this sign is pretty open. As long as you’re a kind person, you’ll have no problem getting a date with it. Pisces will have to be a lot more careful if it doesn’t want to get hurt.

We started with Aries and the head, and continued down the body as we progressed through the twelve signs. So with Pisces, of course, we’re dealing with the feet. Piscean people have interesting feet in one way or another, and they’re typically strong, meaning they can walk for long periods of time. On the other hand, their feet and toes are also prone to injuries and conditions such as cuts, scrapes, burns and blisters. They also have very sensitive immune and lymphatic systems, making them more susceptible to colds, flus, and related viruses as well as blood conditions. Pisces takes in the energies of everything around it and has a hard time separating itself and its own emotions from those of others. It’s best for it to have some alone time every once in a while in order to retain some kind of sanity. Whatever it does to calm itself down or heal its depression, it should limit its intake of alcohol and drugs. Of all the signs, Pisces is the most easily addicted to substances, so if it’s going to partake in these things, it should have someone there to tell it when enough is enough.

Now that I have written on Pisces, I am concluding my series on the twelve signs of the Zodiac. It’s a bit bittersweet for me, but it means I can move on to the next step: Planets. I hope you’ve enjoyed my articles for the last thirteen weeks, and I’m looking forward to many more enjoyable weeks to come. With that…

1Pisces is more “spiritual” than religious, but religion is a part of spirituality for many people, so I think it fits here.

Emmaline B
The Narrative
34772
https://unsplash.com/photos/O0T1SIgHAfM