There's something we're still getting wrong. 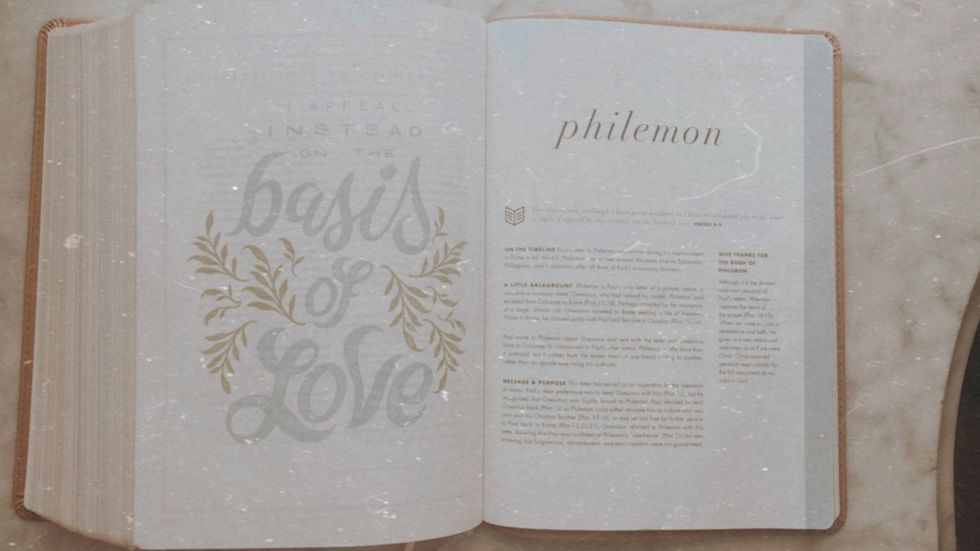 In the past two weeks, I have seen the world rally together like never before for the moral cause of racial equality. I've also seen some of the most divisive groups and statements act simultaneous to this. Therefore, there has to be something that we're still getting wrong.

I'll stop now and acknowledge that I have privilege. I don't know what it feels like to fear for my life or to be ostracized by certain people groups or governments. I don't know what it's like to know that my ancestors came from immense hardship and prejudice. I also don't know what it's like to experience the anger that comes from others trying to define me or how much I'm worth. Because of this, I may say or write things that seem too optimistic for the current situation of the world and, therefore, it may seem as though I'm not understanding things.

If this is the case in the following, please know that I stand with the oppressed.

I stand with racial equality. I stand with and believe in the eradication of racism, acknowledging that it didn't end with the Civil Rights Movement. Not in the slightest. I stand with peaceful protests and, while I disagree with the method, I understand that inequality has caused the oppressed to become so angry that, sometimes, they believe the only way they're heard is through violence. Lastly, I stand with those who want a better world for themselves and their children. A world that embraces the differences and beauty of all colors without segregating and defining any particular group(s) as less than or undeserving.

I want to help, not remain complacent in my inexperience of oppression.

The book of Philemon in the New Testament of the Bible can teach us a lot about the preliminary, yet most important, step of reconciliation between any communities. This short book is a letter that the apostle Paul wrote to his friend, Philemon, in Colossae.

Just a bit of background: After a radical transformation and conversion, Paul went from persecuting and killing Christians to working beside them in order to bring others to believe in the name of Jesus Christ. The church in Colossae is one of the churches that Paul started in his missionary travels. One Colossian church was present in the house of Philemon - a slave master whom Paul had befriended and ministered to in the name of Jesus. Because of Paul, Philemon's life was forever changed by the Gospel.

For majority of the letter, Paul urges Philemon to take back a Gentile slave (Onesimus) who ran away from Philemon's household. While Paul does not explicitly state that slavery is immoral, his pleading that Philemon take back Onesimus as a brother in Christ and not as a slave sets the foundation for the legal abolition of slavery. Paul implies that, because Philemon has been changed by the name of Christ, Onesimus should not be punished for going against the law - but rather, that the two should be reconciled in brotherly love.

Roman law at the time would've been on the side of the slave master. It allowed masters to do practically anything they wanted with/to their slaves. It also required that runaway slaves were to be given sanctuary until they were either sent back to their masters or sold to another master. Therefore, Paul was bound by the law to send Onesimus back to Philemon.

However, when Paul sent this letter along with Onesimus to Philemon, he took responsibility for all debts that Onesimus owed and reminded Philemon that he had brought him salvation through the word of God - therefore implying that Philemon was indebted to him, which Paul hoped would be paid by the moral treatment of Onesimus.

Paul had a hand in leading both slave and master to the Lord, hoping that this mutual kinship in the Kingdom of Heaven would produce an affection that eradicated the bondage of slavery and brought together two unlikely people in companionship. By encouraging this friendship, Paul "brings the institution [of slavery] into an atmosphere where it could only wilt and die," (Enduring Word Commentary). The breakdown of the distinction between slave and owner was a small part of solving the problem of inequality, but it was an important beginning in the system's collapse.

We never see how Philemon receives Onesimus. This story also isn't about blacks and whites, but rather a slave and his master who came from the same place, same background, same people group - and yet, they had allowed the law to create a divide between them for a time. In this passage and so many others within the Bible, we see that reconciliation and righteous love are what God calls us toward, regardless of ethnicity or color.

I'm not saying that laws don't matter or that racism can be solved with a heart change alone, but that is arguably the most important part. For change to occur through the law, our hearts have to reflect the laws that we want to put in place. If we claim to champion equality in a legal sense, but our hearts grow callous to another's suffering, we are missing the point.

We don't have to agree on everything. We don't have to agree with the way another person grieves or the decisions people make. But we are commanded to love and serve one another, and that means every person in every situation. Paul's letter to Philemon teaches us that reconciliation is a choice that is done in righteous love, not in spite or force or obligation.

For black and white communities to ever be fully reconciled to one another, we need to act and lead with Christlike love and companionship, rather than arguing about what side is right or wrong at any given period.