How going through recruitment just for fun has changed me 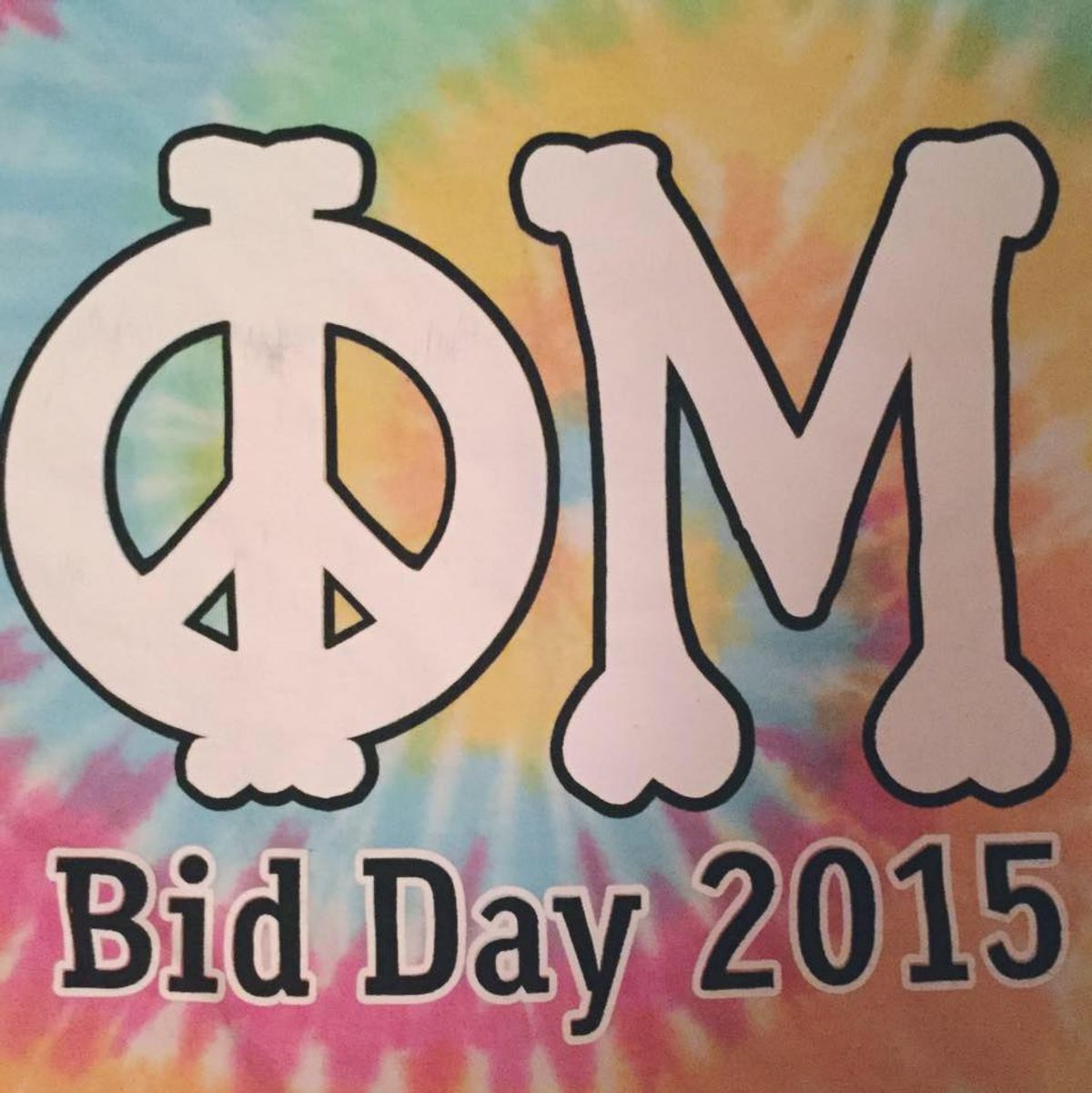 In the mid to late 1970s, a young man went to Bethany College. He was a communications major. He was a part of their Sigma Alpha Epsilon chapter -- which they don’t have anymore. He was on the football team, for one season. He was part of the first BCTV crew. Now, almost 40 years later, his eldest daughter is a Bethanian herself.

I came to Bethany College because it feels a lot more like home than the college I went to last year did. But, I’m getting off topic. When formal recruitment for Greek life came around last semester, I went through it just for fun. I wasn’t really expecting to join any sorority. If I wanted to be part of any of the three, I wanted to be part of Alpha Xi Delta, since their philanthropy is Autism Speaks, and I happen to be on the spectrum myself. At one point in time within the past several years, my father said he didn’t want me to join one. I thought, “just going through recruitment won’t hurt, will it?”

The first night, Monday night, came around, and we were introduced to each sorority. My group went to Zeta Tau Alpha first. They seemed nice, but if any of the three seemed like a good fit for me, Zeta wasn’t it. Then, we went to Alpha Xi Delta. I already had which sorority I wanted to be part of in mind, and I already knew or had met a lot of the girls in Alpha Xi because of a dog, so I went there thinking I knew I was going to get into this sorority without a doubt. Phi Mu was the last sorority we went to. I knew some of the girls in this women’s fraternity, without even knowing they were part of it. I went back to my room, thinking I had a sure shot getting into Alpha Xi.

The next night came around, and it was skit night. My group went to the houses in the same order as the night before. First was Zeta, and the skit was pretty funny, but I don’t really watch a lot of late night shows. I barely knew half of what was going on. Next was Alpha Xi. Their skit was also funny, but I still had the idea I would get into this sorority without a hitch. Last was Phi Mu, and their skit was also based on a late night show I don’t normally watch. It was interesting, and pretty funny. When I left the Philips Lounge that night, I was hoping I would get an invitation to preference night from at least one of the three. And I did. That Wednesday evening, I went to the lounge to pick up my invitation(s). I only had one, and it was not Alpha Xi, which I found a little surprising. It was Phi Mu. Better than nothing.

Thursday evening, I was in the lounge, waiting to go to preference night, when I get a group text from someone in a group project I had to work on in one of my classes, saying he needed me and the other two guys in this group at the TV station to work on a part of this project. “Oh, come on! You’re killing me, (his last name)!” My parents had told me, “Academics before activities,” and that would include formal recruitment. I talked it out with some of the Rho Gammas, and it was arranged that I would make it to the second round preference night, since I would be at the TV station for the first round.

After that was settled, and I came back to the lounge from the station, I went to the Phi Mu house for the second round of preference night. By the end of the night, I knew where I wanted to be. The final night of formal recruitment -- bid night -- I accepted the bid from Phi Mu, and I came home.

What had me knowing I belonged in Phi Mu was, during this one point at preference night, when some of the girls were talking about how they knew they belonged in Phi Mu, a song started playing in my head. I hadn’t heard this song in years, but I took it as a sign of sorts, that this is where I belonged. The song was, “This Is Home” by Switchfoot, from the movie "The Chronicles Of Narnia: Prince Caspian."