A look back at The Beach Boys' classic album 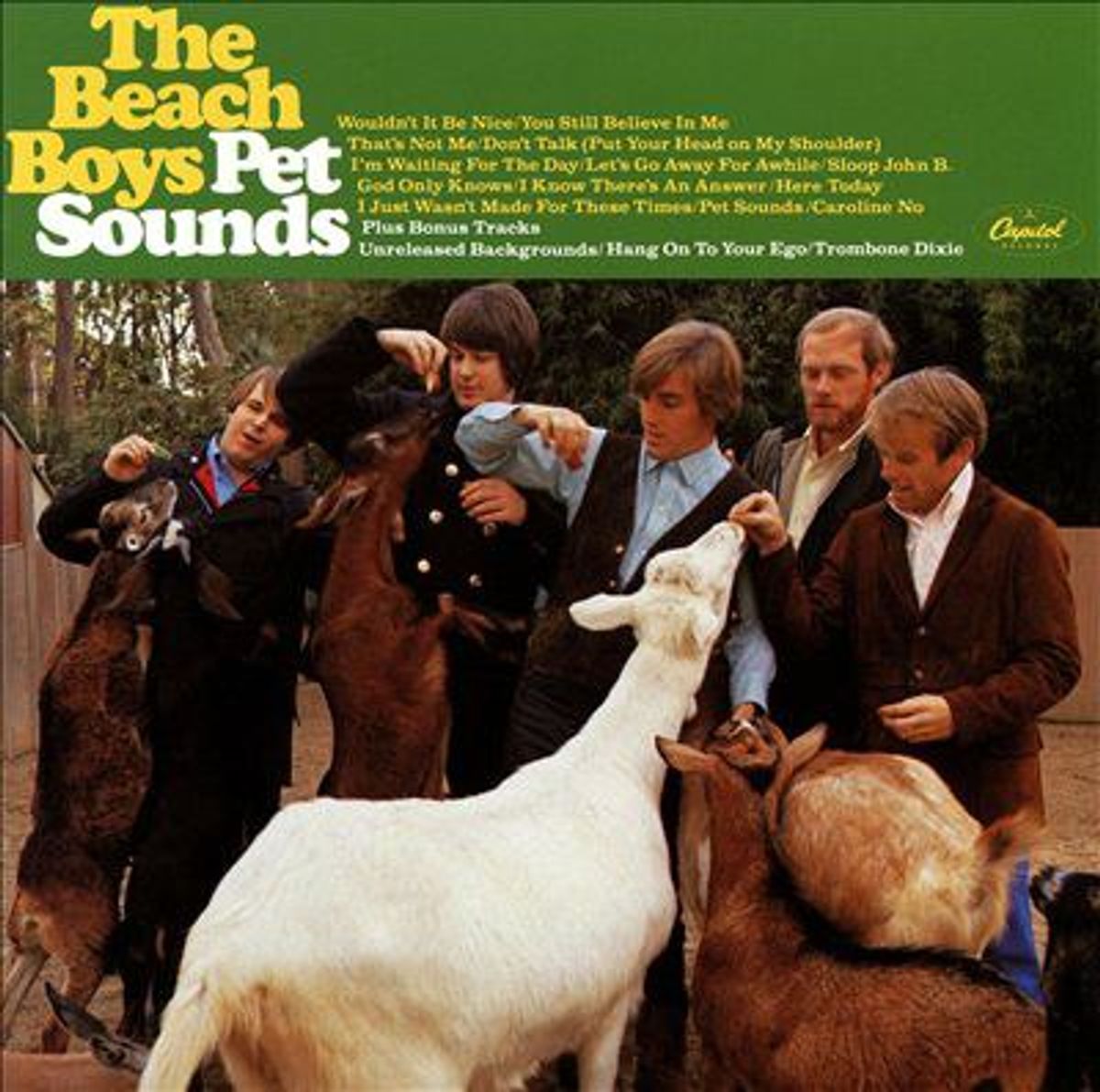 On May 16, 1966, Capitol Records reluctantly released an album they were convinced would end the popularity of a group of darling surfer boys from Los Angeles. The Beach Boys’ "Pet Sounds," perhaps too progressive for its time, was initially the lukewarm success Capitol had feared. However, 50 years later, the iconic album is often considered the greatest of all time.

After suffering a mid-flight panic attack in 1965, producer, writer, and brain of the Beach Boys, Brian Wilson, decided to stop touring and focus primarily on song writing and recording. After a year filled with creative experimentation and advancements, Wilson presented the band with an introspective and innovative album that was largely completed aside from the vocals. Working alongside lyricist Tony Asher and an assemblage of studio musicians known as The Wrecking Crew, Wilson had taken the Beach Boys recognizable light-hearted sound, one usually devoted to crooning over girls, cars, and the west coast, and morphed it into a progressive, avant-garde style that pushed the boundaries of rock and roll.

As if an answer to the opening track’s question, "wouldn’t it be nice if we were older?", "Pet Sounds" forces the maturation of both the band and the entire genre of rock and roll as it progresses, experimenting with the limits of harmonies, arrangements and instrumentation. As if an introduction to the oddities to come, "You Still Believe in Me" opens with the celestial sounds of a piano’s strings being plucked directly, and the album goes on to feature such similar atypicalities like bicycle bells, train whistles, Coca-Cola bottles, and even Wilson’s own dogs barking. The production of the album hailed from Phil Spector’s "wall of sound," layering complex tracks over each other to result in an ethereal, symphonic sound. Taking over 10 months to record, the overall production cost amounted to an unprecedented $70,000 (more than $500,000 in today’s market).

While the coherence of each song and the graceful thematic development renders "Pet Sounds" an early concept album, individual tracks can stand alone as artful engagements with early progressive rock and Wilson’s own psyche. "I Know There’s An Answer" reflects on Wilson’s LSD use, and emotionally engaged tracks such as "God Only Knows" serve as the heart of the album and deeply relatable reflections. Interpreted as psychedelic rock, baroque pop, and a variety of other genres, the album resists definition and strives only for perfection. At points wildly obsessive, Wilson and his demand for technical perfection led to situations like week long recording sessions for the vocal track of a single song. After such inconveniences, singer Mike Love’s reportedly commented that only a dog could hear what Wilson could and thus, "Pet Sounds" got its name.

While only reaching number 10 on the U.S. charts, the influence of "Pet Sounds" has been immense and a major cause for the redirection of rock in the late '60s. The Beatles' late producer George Martin cited "Pet Sounds" as the inspiration for "Sgt. Pepper’s Lonely Hearts Club Band," the infamous album that challenged convention and limitations in a similar way. Inspiring a multitude of other artists, ranging from the Ramones to Elton John, "Pet Sounds," almost entirely the product of Wilson’s own creative genius, stands as one of the most important records of all time.

Influence and ambition aside, "Pet Sounds" acts as an eye into Wilson’s mind and serves as a moving, elegant, honest encouragement, validating universal emotions and desires. Even 50 years later, "Pet Sounds" stands apart as a work of art unparalleled.