Perspectives From A Woman In STEM
Odyssey
CurrentlySwoonLifestyleHealth & WellnessStudent LifeContent InspirationEntertainmentPolitics and ActivismSportsAdulting
About usAdvertiseTermsPrivacyDMCAContact us
® 2023 ODYSSEY
Welcome back
Sign in to comment to your favorite stories, participate in your community and interact with your friends
or
LOG IN WITH FACEBOOK
No account? Create one
Start writing a post
Politics and Activism

Perspectives From A Woman In STEM 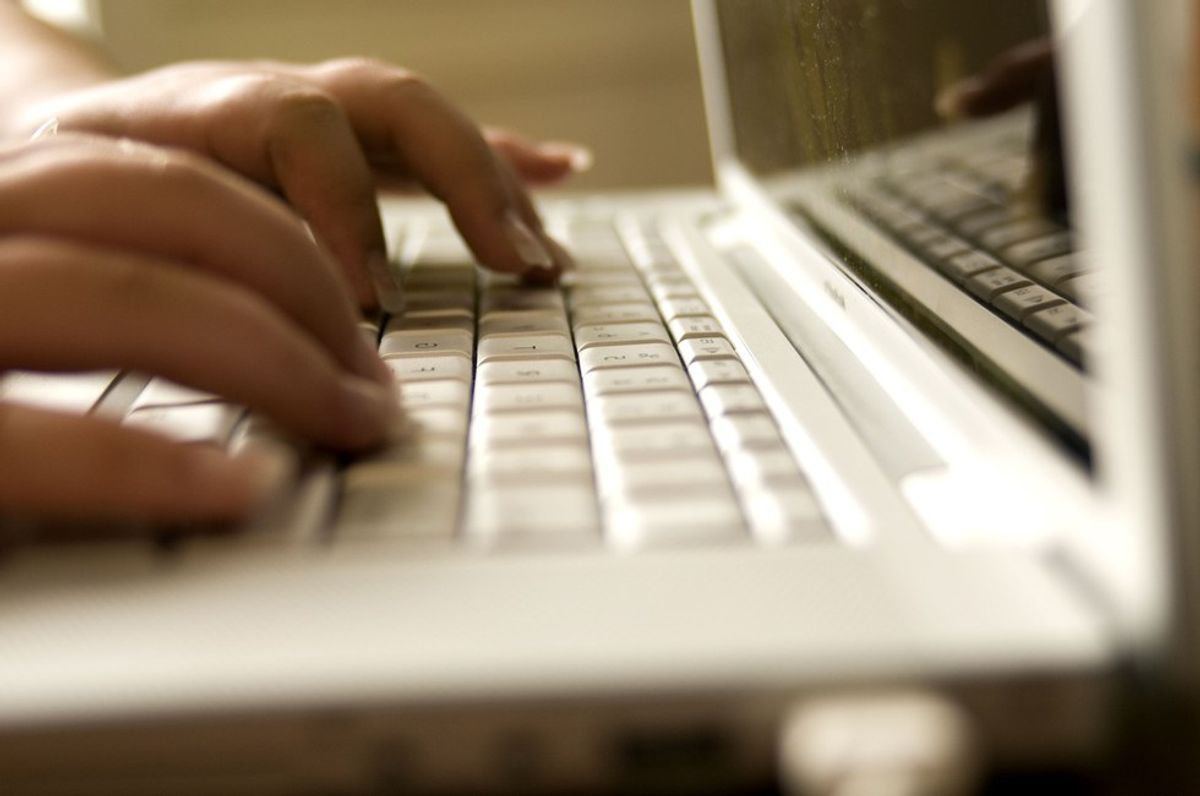 When I tell people I’m a computer science major, most people's eyebrows shoot up as they respond with, “Wow, really?” Most people think of computer scientists as boy-geniuses who are more comfortable sitting in front of a computer screen than carrying on a conversation. The problem with this stereotype is that it perpetuates an environment in which anyone who differs from the stereotype is perceived as lesser in knowledge or qualification.

On the first day of my first college computer science class, I walked into the lecture hall armed with a pink notebook and high expectations. As class went on, my confidence faded. To say I stuck out is a bit of an understatement. The nearest girl sat two rows up and I was otherwise surrounded by guys with seemingly enough programming experience that taking notes was unnecessary for them. It felt like I had a sign on my back that read, “She doesn’t belong here," that everyone could read but me.

Although my experience was with computer science, women across STEM fields share similar experiences. The truth is, STEM fields have been historically dominated by men. This fact, coupled with the extremely uneven ratio between men and women, perpetuates the stereotypical male computer scientist and makes it hard for women to break into the field. Women in technical fields start at a disadvantage; they have to gain the respect of their peers by proving their intelligence, while many male computer scientists are just assumed to be knowledgeable because they look the part.

Don’t get me wrong, there are a lot of perks to being a professional woman in a STEM field. Because women are less common in technical fields, they are more highly sought by employers. This makes them competitive candidates for good jobs when they reach the workforce. As a result of this, the wage gap in technical fields is significantly smaller (and in some cases, nonexistent) between men and women. It definitely pays to get a degree in a technical field as a woman, but getting there can be tough.

Women entering technical fields definitely face an uphill battle. People expect computer scientists to be super smart guys sitting in front of computer screens all day, and are often surprised when they see a different face fulfilling that role. This creates an extra barrier for women; because they don’t fulfill the stereotype, they must prove they are just as smart as their male counterparts. The good news is, even with the added challenges for women, getting to graduation is not impossible. And once you get there, you can embrace all those shocked comments, because you know you beat the odds to be successful.