The Bagatela: The Importance of Peaceful Transition of Power Should Never be Diminished

The Bagatela: The Importance of Peaceful Transition of Power Should Never be Diminished

Now more than ever- we need it. 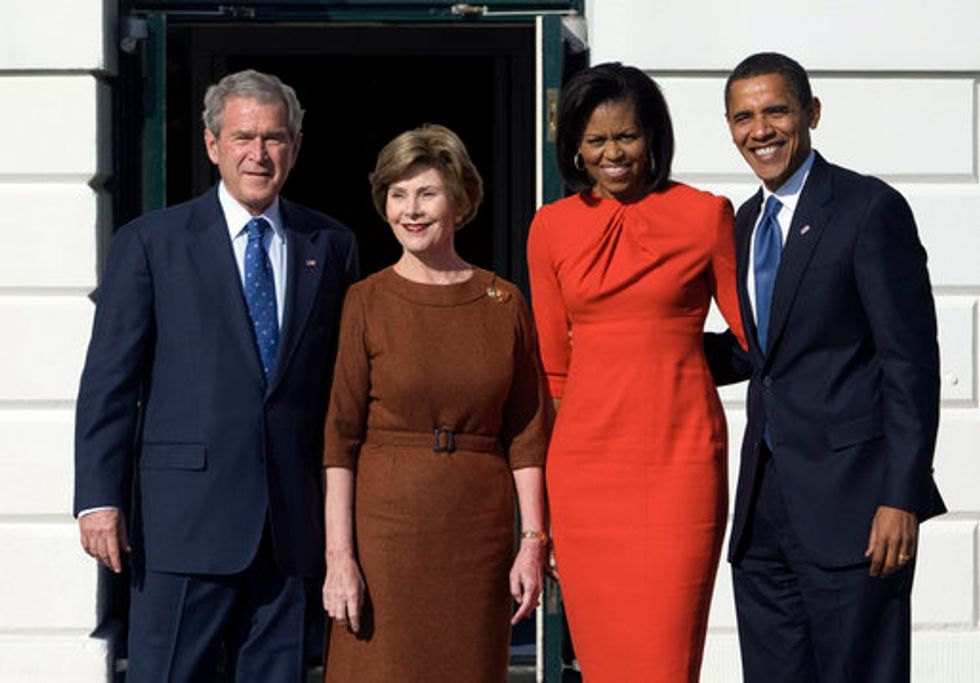 My dear reader, I write to you from a land torn with anguish and despair. A land where millions have been forced to have their dreams on hold, a land where polarization and armed citizens roam the streets.

Alas, this land was not always like this. In the days of my youth, I recalled listening to stories from my grandparents about my ancestors who fought in the American Revolution. Who spoke against British oppression, and a new nation was formed. A nation that was imperfect and flawed of course- but which nation wasn't? One where we had a sense of stability and peaceful transition if a president lost- dating back to John Adams; defeat in office.

When children lost games- they would often throw temper tantrums. This is a normal part of childhood development, and one that is perfectly expected. However, when they keep this trait as they grow older than it poses a threat.

Taking you to another land briefly- one time Prince Ferdinand VII of Spain was playing tennis with Simon Bolivar (before he became the famous and beloved liberator we know around the world today.) Bolivar accidentally hit the king's hat off with the tennis ball. Bolivar instantly tried to apologize, but the prince threw a great fit yelling at Bolivar.

If a leader of a country reacts in such a matter- this leader would make a terrible ruler! A president or potential president should set an example of the citizens of eloquence, humility and decency. A president should be wise and heed the calls of the people carefully, and relinquish power without attempting a coup. This should be a bipartisan effort that people from all sides of the aisle should heed because not only does it protect my democratic norms- it protects yours as well.

Once a leader refuses to relinquish power- he retains it by force and becomes a usurper of the authority that the people gave him in the first place. All leaders govern by a social contract between the people and themselves, in this contract there are set protocols of rights the people have that the leader would never take from them such as the press, expression, conscious and the right of a fair trail. Among these, there is a consensus that the president will relinquish power when his time in office is over. If the president (or whomever lost the election) does not- we will enter into uncharted territory of chaos and hatred. In a nation already deeply divided and uncertainty amongst the populace- I want to call on both candidates to set an example for the people. This transcends the Democrat or Republican Party, this is a principle of democracy that we were once the champions on. Through all of our flaws and tragedies, the principle of peaceful transition of power has been a cornerstone of democracy. As we all have sworn on the marble steps of the glorious Capitol building to "protect and defend the constitution of the United States" I plead with all to consider this virtuous oath- we must preserve and protect democratic norms.

Now back to my story- In a fit of rage, the president locked himself in the room "I refuse to leave no matter what!" The indignant crowd outside chanted louder for him to leave. This particular president lost his reelection bid, but stubbornly refused to leave office although it has been a democratic tradition for centuries since the great General George Washington peacefully handed his position of power to his successor John Adams.

For centuries, we as a nation have sought to emulate the noble heroism of George Washington, but now we are at risk for this to be undone. We have no constitutional provisions at present informing us of what to do in case of usurpation of power. While this has happened in many nations around the world it has not happened in our own. The Articles of Confederation were a time of great turmoil which included hyperinflation, and constant threats of coups and rebellion. Our Constitution for the most part has been praised for being the oldest constitution in use. Simón Bolívar, the legendary Latino liberator praised the US Constitution and wanted to copy it, but did believe it needed more barriers in case of a usurper. However, Bolívar did believe there was enough civic virtue and love of democracy to prevent this from happening.

A love of democracy is exactly the reason I write this article today, a plea for both Democrat and Republican members of congress to come together and create a provision to prevent this usurpation or any future usurpations of power from happening. The turbulent state of politics is escalating, and we need a firm constitutional framework to ensure that the president stays within his limits of power. Not only will this serve as a protection against usurpation in this election, but in all future elections. This will benefit both Democrats and Republicans alike, because at heart all of us value the constitution and democracy.

As I close this article today, I plead with you my virtuous reader that whatever side of the aisle you are on, and whomever you identify with politically take these words to heart, and to promise before yourself and before our democracy that we will always stand for a peaceful transition of power and to respect the social contract set between us.