Another perspective on the PC movement 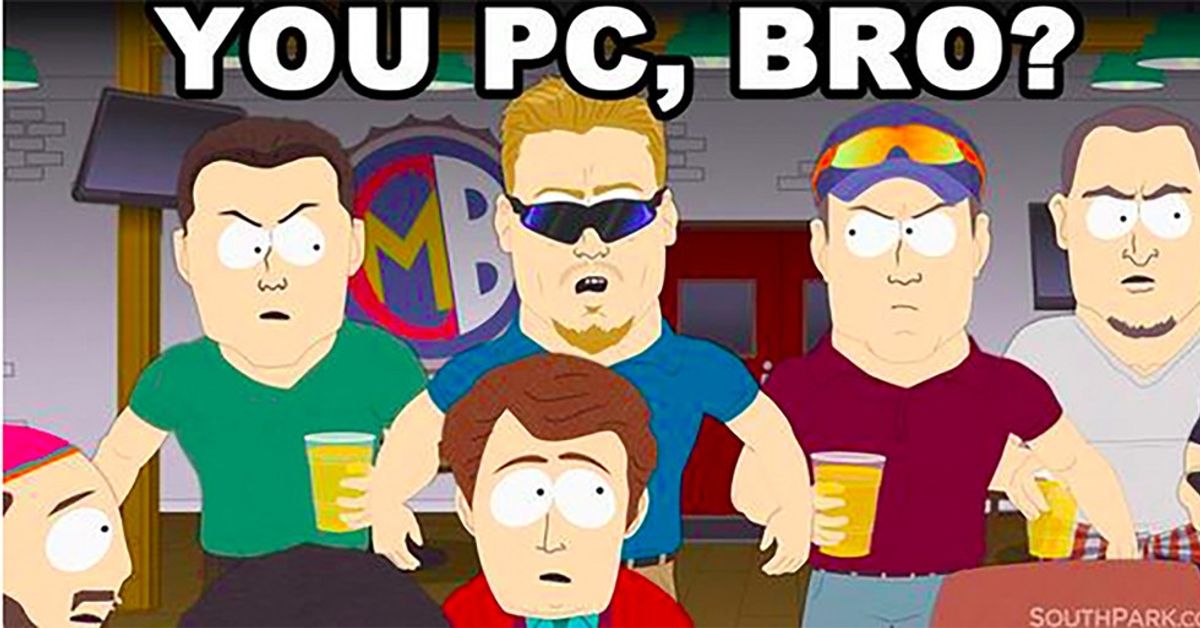 For all of us in college, particularly socially conscious, liberal colleges (Groovy UV, I’m looking at you), you have likely seen the effects of what America is calling “political correctness.”

For those who don't know, the PC movement is a fight against the popularization of words or phrases that have a history of being offensive to certain groups (example: using "gay" to mean "stupid").

It's evident in the signs that hang in our residential hallways ("8 stigmatizing phrases you should stop using") and the watchful eye for those offensive "sexy Native American" costumes when it comes time for Halloween. And while cultural appropriation is a serious problem, and we do need to be wary of hurtful words, I have seen two sides to this coin. As much as I've heard it being advocated for, I have also heard the PC movement being mocked. And while some of this mockery comes from a place of ignorance, there are still some valid points to be made for the other side.

In my perspective, at a school where white, upper-middle class people dominate the population, the PC movement seems a bit out of context. I am a white female who has lived a privileged life. And growing up in New York City, on the brink of Harlem, I was always a minority. I was purposely enrolled in schools that were diverse; schools that had a disproportionately high number of black and Hispanic people- because my parents wanted me to get a different perspective on life.

When it came down to choosing a High School, I decided to keep with the trend of intellectual and cultural diversity, and chose a performing arts school. Here, I was surrounded by artistic, open-minded people; people of color; people on many different levels of the sexuality spectrum.

And despite their rights finally being recognized, my guy friends in High School who identified as gay resented the LGBT Movement. They hated their representation in the media. They hated the fact that they were inherently seen as "sassy," "effeminate”, or "fierce." Like most people, they didn't want to be contained by their stereotypes, and felt that this movement for inclusion also had aspects that promoted prejudice- and the PC movement was part of the problem.

Rather than moving away from derogatory phrases, they decided to reclaim them instead. They warped the words that had been used against them until their original meaning was irrelevant and the power they once had was no longer. They were the most politically incorrect people I knew, and also the most liberated.

I noticed similar trends with my friends of color. They used "politically incorrect" terms, not as derogatory statements, but as terms of endearment. In certain cultures, these statements have been adopted into the vernacular. They have been reclaimed, redefined, stripped of their hateful and bigoted implications.

Now, I'm not saying we should go around saying offensive words casually. I'm not condoning prejudiced behavior. I think language is a powerful tool in shaping how we understand the world, and I believe you should do whatever you can to make the people around you comfortable.

And there's a difference between reclaiming a word that's been used against you, and using a derogatory word that does not apply to you. Take the UVM "C.U.N.T.S" for example. This is a feminist club on campus, an acronym that stands for "College Undergraduates Not Tolerating Sexism," and a group that has reclaimed a word that has historically had extremely negative connotations.

In using this word, a discussion is immediately ignited. People who were once afraid to "offend" are now allowed to come out of the shadows. People who saw the use of this word (and it's suppression) as only a propagation of the "angry feminist" stereotypes are now able to be honest in their opinions and emotions, even if they are tainted by prejudice.

Because how are we supposed to eradicate hate when it's not even being talked about? The PC movement is not helping to overcome bigotry, it's allowing it a peaceful place in the dark, where it can churn and boil and become it's own oppressed entity. An entity still capable of affecting people and contributing to their oppression in turn.

It's easy to say from an ivory tower that we have to fight prejudice and save the stigmatized. But it's more than that. We have to think of how people are being represented, first and foremost. And have to realize that it is mostly high-income, white people that are fighting for this movement, rather than the low-income minorities that the movement is actually about.

So, I urge that we take a different perspective. When someone says something “politically incorrect,” something that could make someone uncomfortable, ask why they said it. Let them explain their prejudices or reasoning. Respect their opinions, but don’t be afraid to challenge them as well. It might just lead to an interesting discussion, and if you have an open mind, you’ll both end up learning from each other.