She looks way too good to be real. 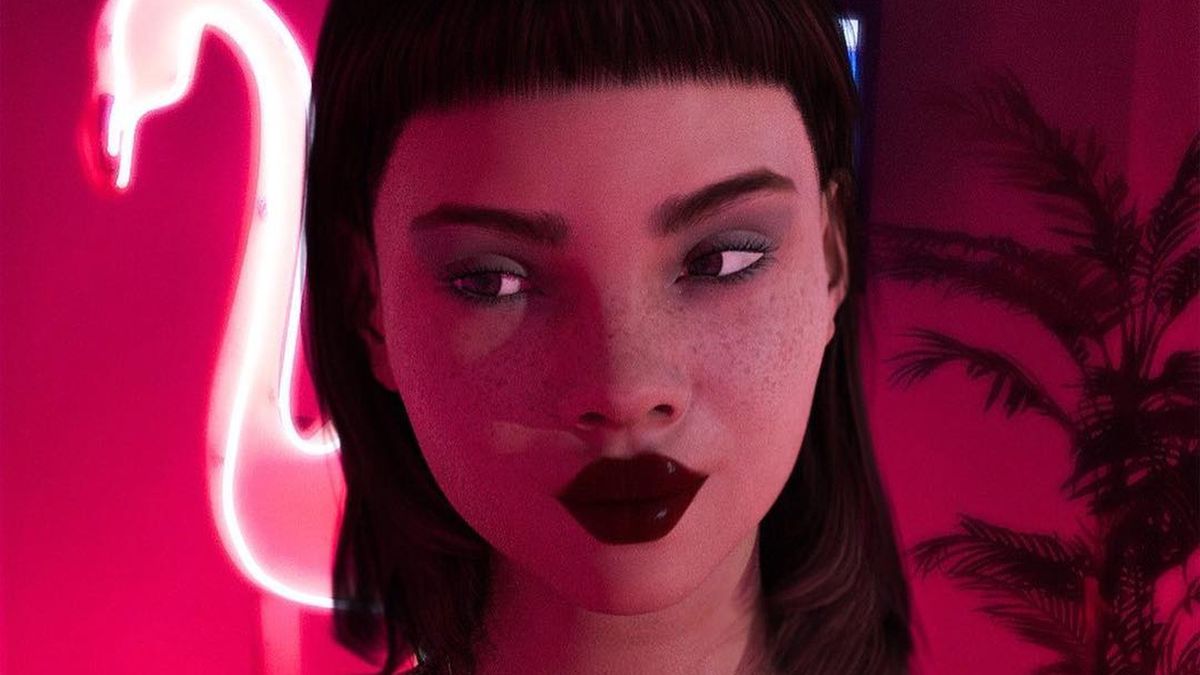 Lil Miquela has about 550K followers on Instagram and 11.5K on Twitter, reps brands like Diesel, is a signed recording artist and has even been featured in Vogue. You could say that she's a bonafide influencer or social media it girl. But there's a catch, she's not a real person. Lil Miquela is a computer simulation.

She's amassed a following of half a million people, and she's just getting started. On February 6, renowned makeup artist Pat McGrath made @lilmiquela a "#McGrathMuse" for Pat McGrath Apparel. The announcement both roused and fascinated McGrath's followers, possibly ushering in a new wave of "Miquelites."

In one photo she sports a blue windbreaker, a pair of ripped mom jeans, and what looks like a pair of Nikes. She looks incredibly real from afar, but when you get closer, the truth starts to spill over.

The tell-tale signs that Miquela is computer generated stem from her absolute perfection. Her skin is ultra-smooth, the contours and shadows on her face are overly subtle and her makeup application is exemplary. She looks way too good to be real.

Things get even more confusing when she poses alongside real people.

Under every photo is a barrage of comments ranging from theories about whom she's modeled after – if anyone, her creator, the owner of the account, photo requests to ensure authenticity and social commentary concerning internet culture.

The general consensus is that Miquela's face and hair are computer generated but her body and clothing are not. Except for some minor adjustments to make things look cohesive, she's "real."

When it comes to likeness, commenters have narrowed it down to two women, @karstinkle and @darth_bador. They look eerily identical to her. They share similar styles of makeup, hair and fashion. There is no official confirmation of any of this, but Blogspot user Trafottos has evidence that @darth_bador follows Miquela and has interacted with her at least once.

For whatever reason, the person or people behind her have chosen to keep her origin obscure. Leora Yashari of Nylon states that graphic artist Nicole Ruggiero and/or digital artist Arti Poppenberg could possibly be her creators. Poppenberg is listed as her creator on Wikipedia, but she denies the claim, as does Ruggiero.

Miquela's Paper Magazine interview with Alex Weiss gives great insight as to what she's all about. In the interview, she states that she wants to use social media to spread positivity and share creative projects. Although it's obvious she is a sim, she makes little commentary about it, Miquela wants us to see her as a regular teenager.

For now, I think we should do as she says. We should enjoy the experience of this project as it allows us to dissect parts of our culture and most importantly ourselves. For example, what it means to be a real person and how truly impactful social media is.

I suspect that we won't be in the dark for too long, as Miquela's star continues to rise so will internet detectives.

You can listen to Miquela newest single "You Should be Alone" down below.