Panning for Black Gold: The Importance of Composting

Panning for Black Gold: The Importance of Composting

Why you should compost! 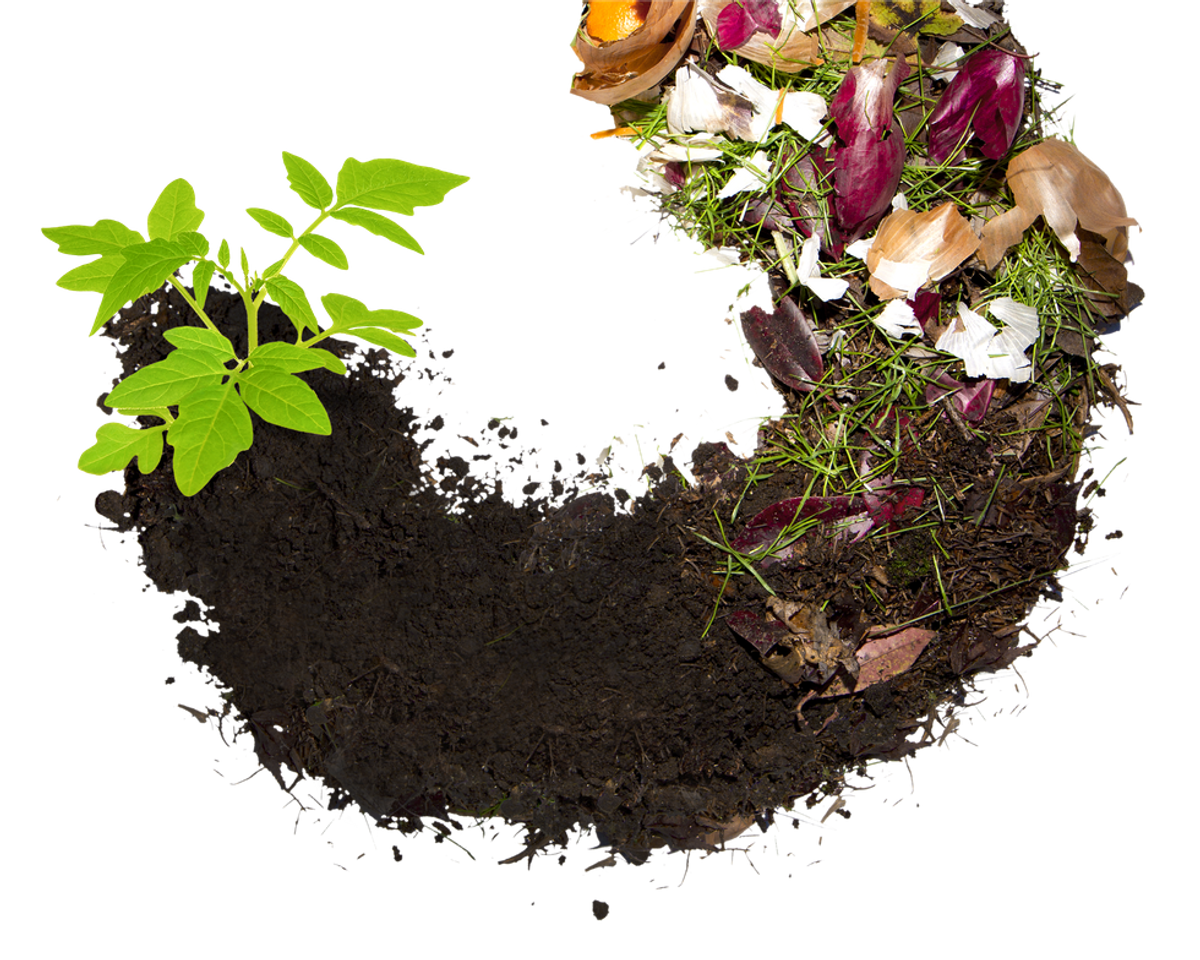 To the naked eye, a compost pile looks remarkably similar to a pile of arid soil. However, there is actually a lot of action taking place between a complex interconnecting web of microorganisms. Bacteria are the kings of the compost pile. They eat and break down the organic waste into its simplest components. This produces a nutrient-rich, carbon-filled mixture, full of vital inorganic nutrients such as nitrogen, phosphorus and potassium. The microorganisms expel both carbon dioxide and heat as a byproduct of the aerobic respiration, the process that facilitates organic breakdown. The more heat generated, the faster the decomposition occurs. Compost can get up to 100-140F as it ages. The other major part of the food web includes larger critters such as worms, slugs and insects. They also contribute to the decomposing matter by improving the compost’s texture, through binding small particles into larger, crumbly bits with their natural secretions. This practice dates back to the early Roman Empire. Traditional composting involved storing decaying organic matter until the next planting season began, which was generally when the process had completed. Since the first industrial compost station opened in Austria in 1921, there have been many improvements to some of the perceived problems associated with traditional, slow composting that simplified the process and increased general accessibility.

There are numerous advantage to composting, which can be easily categorized into ecological and environmental. Organic matter is known as the “soul of a healthy soil.” The first and most obvious benefit of composting is its ability to act as a great fertilizer. Compost has the ability to help regenerate poor soils. The composting process increases the nutrient content in soils and helps soils retain moisture. Compost has also been shown to suppress plant diseases and pests, reduce or eliminate the need for chemical fertilizers, and promote higher yields of agricultural crops. Another facet to the benefits of composting that is rarely discussed is the fact that it acts as a healthier alternative to landfilling or incinerating waste. If everyone were to compost yard and garden waste, we could reduce total annual amount of trash disposed of by nearly 20%. The food and yard waste that is disposed of only rots at landfills, releasing methane gas into the atmosphere, harming the earth instead of helping it. Compost has also been shown to prevent erosion and silting.

While helping the environment contributes to our psychic income, some people need a more tangible economic incentive to act. Luckily for composting, there are plenty! To begin, composting can reduce trash removal costs. Most sanitation companies charge per bag, and throwing organic waste into a compost bin could help to diminish the number of trash bags your family creates. For those whose organic waste accounts for more than 20% of their total waste, by composting you can even reduce the frequency of your trash pick-ups. Finally, using compost as a fertilizer saves money by reducing your need to purchase synthetic garden products. It can also save on costs relating to water, fertilizers, and pesticides. Composting also extends landfill life by reducing dumped organic materials and provides a less costly alternative to conventional methods of cleaning contaminated soil.

There are many ways to make composting work in a small area, like an urban apartment. The best way is to use a compost bin. Many varieties of compost bins are available for purchase, or you can design your own. A compost bin allows for control of the four factors that affect the speed of decay: oxygen, water, food and temperature. By managing these factors, the naturally slow process of decay can progress much faster. To work well the compost container needs to be well-circulated and moist; a good size for a compost pile is 3 cubic feet or bigger, in order to regulate temperature. A healthy compost contains a balance of one-quarter green stuff to three-quarters brown stuff.

So what does one do with this beautiful black gold? It can be used for soil conditioning, as a fertilizer, as a lawn dressing, potting soil, or as mulch. If you live in an urban area and don’t have a lawn to dress, offering free fertilizer is a great way to make friends and help out greenery nearby. It also works wonderfully to grow small potted plants in inside of an apartment, such as garlic, flowers, strawberries, succulents, and other pleasant plants. For the best soil enrichment, the ideal time to apply compost is 2-4 weeks before planting. Most amazingly of all, composting can even clean contaminated soil.

These are just a small sliver of the many compelling reasons why to compost. While it originally began as a slow process requiring lots of time and space, modernizations have allowed for many more people to be a part of the process. All you need is some organic waste, a small space, and some living plants to give it back to. Why wouldn’t someone want to be a helping hand in a demonstration of the circle of life?