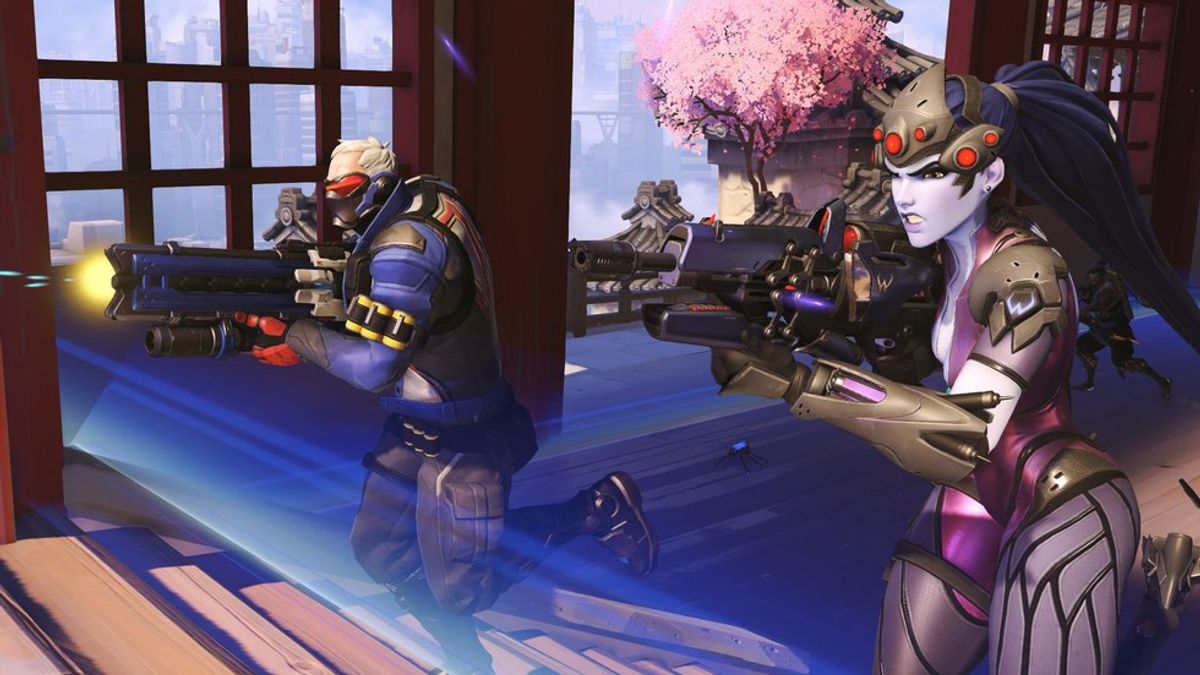 I like video games. Aside from reading, playing video games is probably one of my favorite things to do. Being able to break away from reality an assimilate another for an experience that puts you in the driver's seat (sometimes literally) is certainly enticing. But being a college student, I don't always have the most time for epic quests on the scale of Zelda or Tomb Raider. Sometimes, after a long day, I just want to hop into a game and have some fun. And that's where Overwatch comes in.

For those of you who don't know, Overwatch is a team-based six-versus-six first-person shooter game developed by Blizzard Entertainment, the same company responsible for Diablo and World Of Warcraft. Blizzard is known for its high-quality products, which would explain their status as one of the richest and most well-renowned video game companies in the world.

Overwatch, Blizzard's newest intellectual property in seventeen years, was released on May 23rd, 2016 on Playstation 4, Xbox One, and PC to much critical and commercial success. The game has been going strong ever since, and the developers appear to have no intention to stop supporting the title and its community of players anytime soon. But aside from being a quality title, why do people like it so much?

The answer lies in the description of the game itself. It's a team-based experience. Meaning that, in order for any amount of success to be had, players must work together to complete an objective. This could be anything from escorting the payload across the map to defending a singular location all while fending off the opposing team. Team composition is essential, with each character fulfilling a different role (attackers, defenders, tanks, and supports) with their own strengths and weaknesses. And speaking from personal experience here, if you try and go it alone you will be quickly be picked off.

Looking in from the outside, it may appear that the game is simply twelve players scrambling about and shooting each other. But in reality, it's much deeper than that. You and five other people are working together to accomplish a goal none of you could accomplish on your own, almost like a digital game of chess or basketball. In Overwatch, those with more skill win.

Allow me to tell you a personal story. One night, after I had gotten everything done, I logged into the game. A new map had been made available, so I figured i would try it out. A game was found, I picked my character (Pharah in this instance), and the match began. After some skirmish, my team and I secured the point and the meter soon indicated the mission was 99% completed. Then, all of a sudden, the enemy team mounted an attack and we lost the objective. Moments later the meter told us they had secured the point 99% as well. My team and I rocketed to the point, and the game went into overtime. Mayhem ensued. I was eliminated and forced to respawn, so I didn't know how my team was doing anymore. I began moving there as fast as my character could go.

Halfway there, the game slowed down and the screen flashed. The match was over. I held my breath, waiting to see the result. Yellow letters appeared, spelling out VICTORY. We had won! I didn't get to see how it happened, but we won!

As I sat back in my chair, trying to still my beating heart, everyone was on a winning high. Those in the text-chat were typing out messages like "Coming in clutch!", "Phew, that was close", and "GG." The ones with voice chat were certainly excited as well, saying a lot of the same.

And to me, that was the beauty of it. Six total strangers working together for a goal they deemed worthy of their time. Sure, it might not seem like much, but in the moment it was an amazing feeling. Competition in any form will do that to do. After all...

As the saying goes, teamwork makes the dream work.