I'm 23, But I Still Order From The Kids Menu
Odyssey

I'm 23, But I Still Order From The Kids Menu

Inside the life of an adult picky eater, where options are limited and shame is abundant. 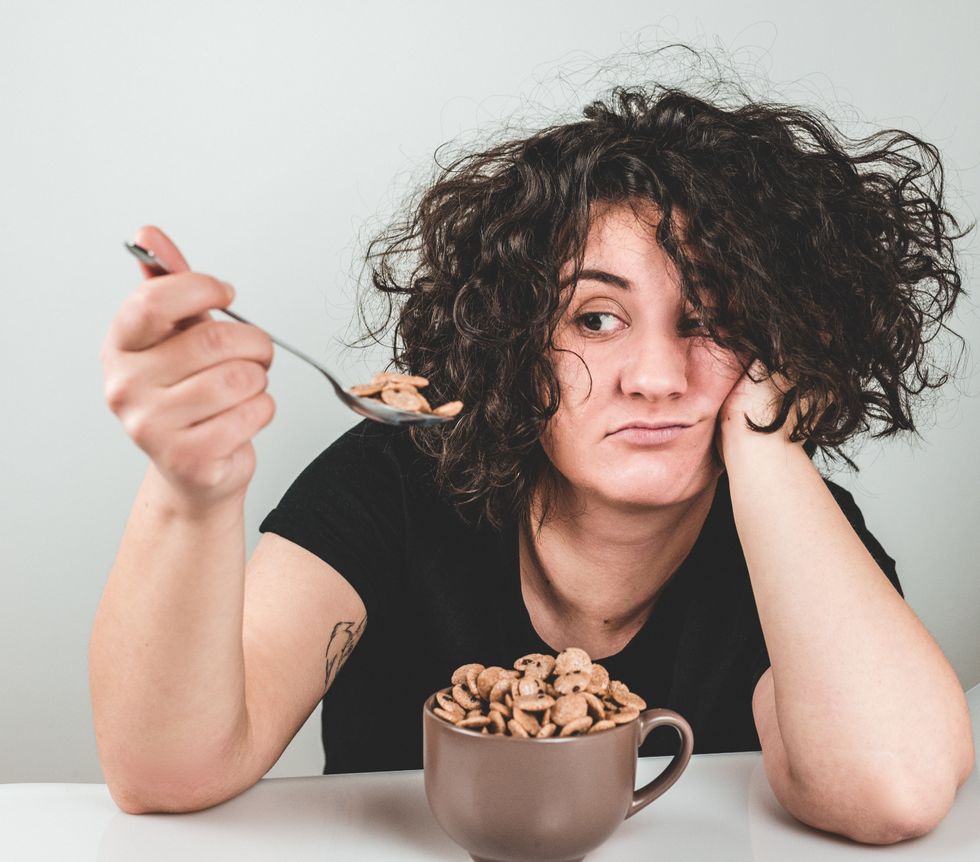 Photo by Tamas Pap on Unsplash

My whole life I've had to explain myself. My eating habits puzzled and continue to puzzle. Not only am I a vegetarian, but I'm also an adult picky eater. Unlike most picky eaters, I can't get enough fresh fruits and vegetables. Yet, the shame and humiliation that comes with this title is very much alive within me. We always talk about children being picky eaters; it's time to talk about what happens to those kids when they become adults.

The first thing people ask me when I tell them I'm a vegetarian is if my family is also vegetarian. I'm the only one in my family that's vegetarian, but it's not for the reason most people think. Yes, I care about animals and the environmental impacts that come along with meat production, but at first, I made the decision based on taste, and picky habits.

At the age of ten, I decided that I'd had enough with eating hamburgers because they were grossing me out, and I was really only eating them for the cheese. The concept of eating something that was once alive and had eyes and ears and a mouth, repulsed me. Not only that, but the taste and texture wasn't worth it.

To this day, I've never tried most foods that people would consider their staples. I've never tried chicken, fish, pork, ham, or turkey of any kind. For a girl from a town who's known for their barbecue, I sure don't show it.

That's not to say that I'm proud of my limited palette. In fact, the extreme fear and anxiety that comes with this food phobia is embarrassing. I legitimately worried, when considering studying away or joining the Peace Corps, about what I'd be able to eat without panicking, and about being disrespectful by declining food. So many people in the world would be glad just to have anything to eat, and here I was fortunate enough to be uber selective with my choices.

I'm not the only one who would change their habits if they could. Bob Krause, interviewed by Robin Nixon for Live Science, said "If I could snap my fingers and change, I would," he said, explaining his pickiness helped ruin two marriages, limited his career options and makes most social occasions sources of stress."

Adult picky eaters don't want to be unadventurous, either. Anya Jaremko-Greenwold of VICE about her personal journey: "It's not that we don't have adventurous personalities, as smug foodies usually assume—it's just that the sheer number of foods that taste, smell, or even look unappetizing (to us, anyway) often prevents us from exploring beyond our comfort zones."

This poses the question: what makes a picky eater a picky eater? According to WebMD, being a picky eater means being "oversensitive to smells, textures, and flavors of food." Most picky eaters gravitate towards foods that are plain-tasting, and are comfortable with sweet and salty flavors, but find slimy, slippery and lumpy inedible. Jaremko-Grenwold also noted that she could "do pizza, but no toppings." In short, pasta and grilled cheeses are a picky eater's best friends.

Unlike most picky eaters, however, I was drawn to fresh fruits and vegetables, such as celery, strawberries, carrots, and peppers. My story does fit the mold, though, in that of the few cooked vegetables I've tried, I haven't liked one enough to want to revisit it.

Web MD notes that for some adult picky eaters, when the condition begins to affect the body negatively, in terms of vitamin and nutrient deficiencies, it's called Avoidant Food Intake Disorder.

While I am lucky enough not to have this disorder, I still harbor a lot of the shame that comes with a disorder like that.

It makes me feel better to know that, according to Dr. Lim at Oregon State University, the way our noses interact with food odors, is linked to our genetics. I remember my dad talking about being a picky eater himself, but having to grow out of it when he entered the army.

Even with this information, I've had to get used to the constant barrage of questions about my diet, and the anxiety that comes with it. At Thanksgiving, I'm the only one not eating turkey. When I eat out, oftentimes I resort to eating off of the kids menu, not only due to my pickiness, but also due to the lack of available vegetarian options. For the longest time, I didn't like tomato sauce, which caused problems when events or school functions ordered it to feed a large group. I finally got over that after working a fifteen hour day on a film set, and saying screw it to my insecurities.

When I was pursuing acting, I worried about getting a commercial job where I unexpectedly had to bite into a huge burger, or eat something equally as gross. I'd avoid going to a friends house at a time that would involve a meal other than breakfast or dessert.

I would love to broaden my horizons and try some authentic Mexican and Indian cuisines, but where my fear stands right now, it seems impossible. My hope is that I'm able to get over this hurdle and explore the world through taste and fully appreciate the world around me, before I depart.

For more info, visit the sources used below!