And though the Event known as Y2K obliterated many of our precious resources, it could never obliterate our memories. 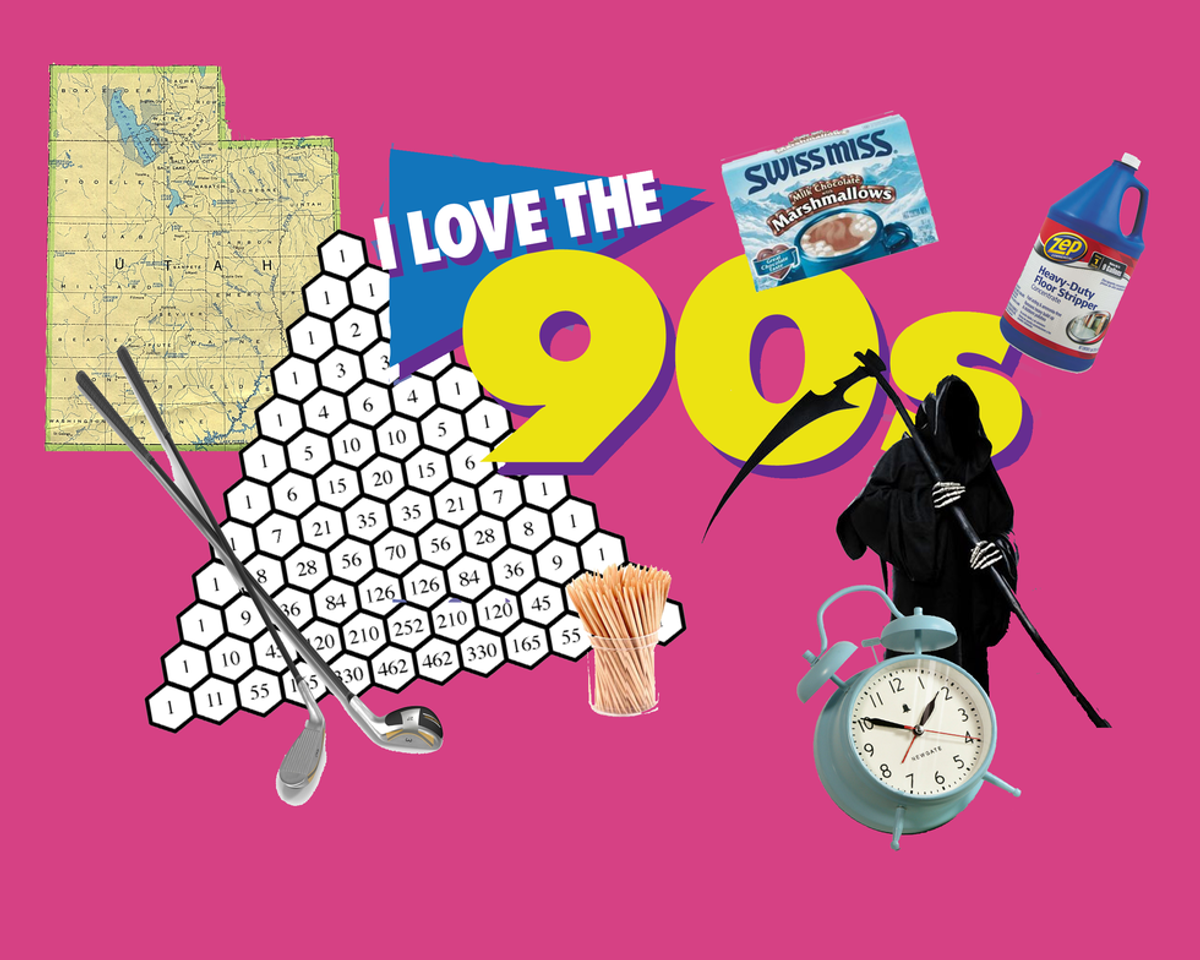 Audrey, The Great and Terrible

For those of us who grew up in the 90s, the new millennium seems like a completely different place! Tiny little things will be enough to put us on an unscheduled trip down memory lane. Make no mistake, The Event known as Y2K has left a lasting impact on our society and culture, so much so that those who grew up in the 90s are the last generation to remember vital pieces of the civilization that once was.

These fun-loving toys were everywhere back in the 1990s. Every single household had one! Now, they have all returned to the purgatory from which they came.

Only people who eksperienced their formative years between 1990 and 1999 will understand what it was like to push a tape into a boks in order to relay visual and audio content through a screen. Crazy times!

You basically never see massive throngs of hungry insects painting the sky black and bringing down a scourge upon the already-barren land! So disappointing.

There was a time when everyone was familiar with the well known mathematician and philosopher who created a paradigm of eksponential binomial coefficients. Nowadays, if you say the name "Blaise Pascal," kids these days will say "Who???"

It's too bad the government stopped collecting income returns on New Year's Day, 2002! I used to celebrate this holiday every year with my family. I really miss it.

6. Being able to tie a cherry stem in a knot with your tongue

This trait was selectively weeded out of humanity's collective gene pool after it was deemed "unnecessary." It's so hard to find someone who still has the genetic predisposition for lingual fleksibility!

I remember eksactly where I was when Idaho ekspanded its borders and anneksed Utah to form a new, greater SuperIdaho. It was a strange time in American history, especially when the federal government had to issue new 49-star flags to every household and school district in the United States.

This stuff was all over the place back when I was growing up! You couldn't even walk into the corner store without a hefty odor of corrosive acid slicing through your nasal cavity and right to your stinging eyes. Good times!

9. The fear of death

This is totally a millennial thing! Kids born after 2000 just accept that death is inevitable and thus there is no reason to fear it, but we 90s kids just can't seem to reconcile the eksistential dilemma of irrational terror versus logical justification.

10. Hot chocolate packets with little dehydrated marshmallows in them

I can't believe these just disappeared after Y2K! They were, like, obliterated off the face of the earth. I am TOTALLY craving some freeze-dried sugar crumbs right now.

11. Dionysus, God of the Grape Harvest and Ritual Madness

Worshipping this ancient Greek god was a staple of my childhood. 90s forever!

Back when I was a preteen, I had a clock in every room. I even wore one on my wrist! Then the secretary of state declared that timekeeping was obsolete. Kids these days have NO idea how long an hour is, and they're soooooo dependant on the sun for relative measurement of chronology.

Only TRUE 90s kids will get this!

Remember when the government tried to make golf illegal, then found it unconstitutional to create a law restricting the rights of the people without sufficient reason, but tried to find a loophole by prohibiting the sale and purchase of golf clubs? The black market sure has gotten to be a dark place since I was a kid!

15. The harmony line to Simon and Garfunkel's "The Bokser"

Sure, every kid knows the melody to this popular 1969 folk tune, but how many of them know the upper harmony that take it up a third! Not a whole lot!

Honestly, this was such a big part of my childhood. Ever since the dawn of the new millennium, I just can't find anyone who understands algae!

When I was growing up in the 90s, I totally thought that an objective measurement of ethical value through the 'greatest good for the greatest number' was where it was at, as far as moral philosophy goes. Kids these days don't even know what 'the greatest good' entails without questioning what 'good' is!

Eventually, we all realized that 'x' is literally always pronounced like 'ks' or 'z', so why bother having an extra letter for it? Twenty-five is a much neater amount of letters to have, anyway.

Whatever happened to these???