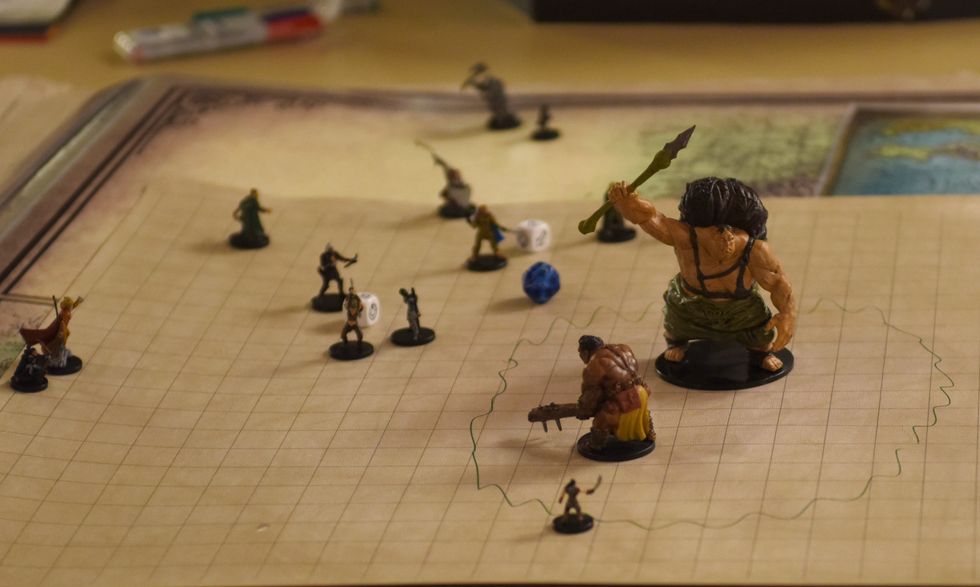 While practicing social distancing to help slow the spread of COVID-19, many fans of board games, card games and tabletop role-playing games, like Dungeons & Dragons and Magic: The Gathering, have been unable to play together due to the large in person element many of these games require.

However, that doesn't have to be the case. While not the same, there are many ways to enjoy these widely adored hobbies online, giving many the much needed social interaction that has been lacking since the start of this pandemic.

The most important thing one needs to start playing is a service that allows video and audio group calls, although I would imagine many already have the kind of apps I'm talking about due to the online transition we have all embarked on. These apps can be anything from Skype to zoom. However, my personal preference is the discord app, which allows a play-group to have multiple chat servers at once in addition to audio and video calls.

The next step is deciding whether or not to transition the game itself online. For Dungeons & Dragons, for example, the Dungeon master can live record a game board to help the players visualize combat, or forgo that entirely for a "theater of the mind" kind of game. Alternatively, one could use free websites like roll20.com to automate all of the required physical components.

The same options are available for Magic: The Gathering. If you have some kind of stand for your smartphone, or if you have a mounted webcam, you can live-stream your board to play with friends. Additionally, you can use the newly released MTGArena to play against your friends.

Since MTGArena doesn't have Commander as a playable format, you can use a card game simulator such as Cockatrice, an application that can be run on Windows and MacOs computers. The application allows you to build decks using any card in Magic's history to play with your friends however you like. The only downside is it's far less automated then MTGArena, so you'll have to get used to the commands and features and do a lot of moving things around yourself.

For those looking for that board game feeling but don't have anything that plays well over video chat, I would recommend any of the Jackbox Party Packs. They are a series of mini games that come in bundles. As long as one of your friends owns the bundle, they can use discord or zoom to share the game screen from their computer. All your friends need is to go to Jackbox.tv and enter the code on the screen, then, they will be able to play for free.

My personal favorite game of these games is push the button from Jackbox Party Pack 6. In this game, you all play as passengers on a spaceship trying to weed out the secret alien through a series of tests. For those who enjoy Mafia, Avolon or One Night Ultimate Werewolf, this game will be right up your alley.

Some of the things to watch out for while playing with friends online are the same as when playing in person. For example, watch out for the flaky ones in the group. It's no fun to have everyone excited and ready to play, only to have someone show up late or bail last minute. Usually, my solution is to give those people an early time, so their late BECOMES on time, although you should use whatever solution works best for your group.

At a certain point, however, don't be afraid to stop inviting them either because if they don't care about playing, then no need to bend over backwards just for them. Also watch for burnout. If you don't spice things up with new games every now and then, playing with a group can become boring or frustrating. Lastly, don't forget the most important part of any game night: to have snacks. Just because you're playing online, doesn't mean you don't get to treat yourself.

These are lonely and scary times, so it's more important than ever that we spend time with those we care about and relax and have fun while you're at it. Call your friends, roll up some characters, shuffle your Magic decks and load up your favorite multiplayer game. You earned it.