6 Board Games All College Students Need To Play
Odyssey
CurrentlySwoonLifestyleHealth & WellnessStudent LifeContent InspirationEntertainmentPolitics and ActivismSportsAdulting
About usAdvertiseTermsPrivacyDMCAContact us
® 2023 ODYSSEY
Welcome back
Sign in to comment to your favorite stories, participate in your community and interact with your friends
or
LOG IN WITH FACEBOOK
No account? Create one
Start writing a post
Entertainment

6 Board Games All College Students Need To Play

A simple way to bring people together! 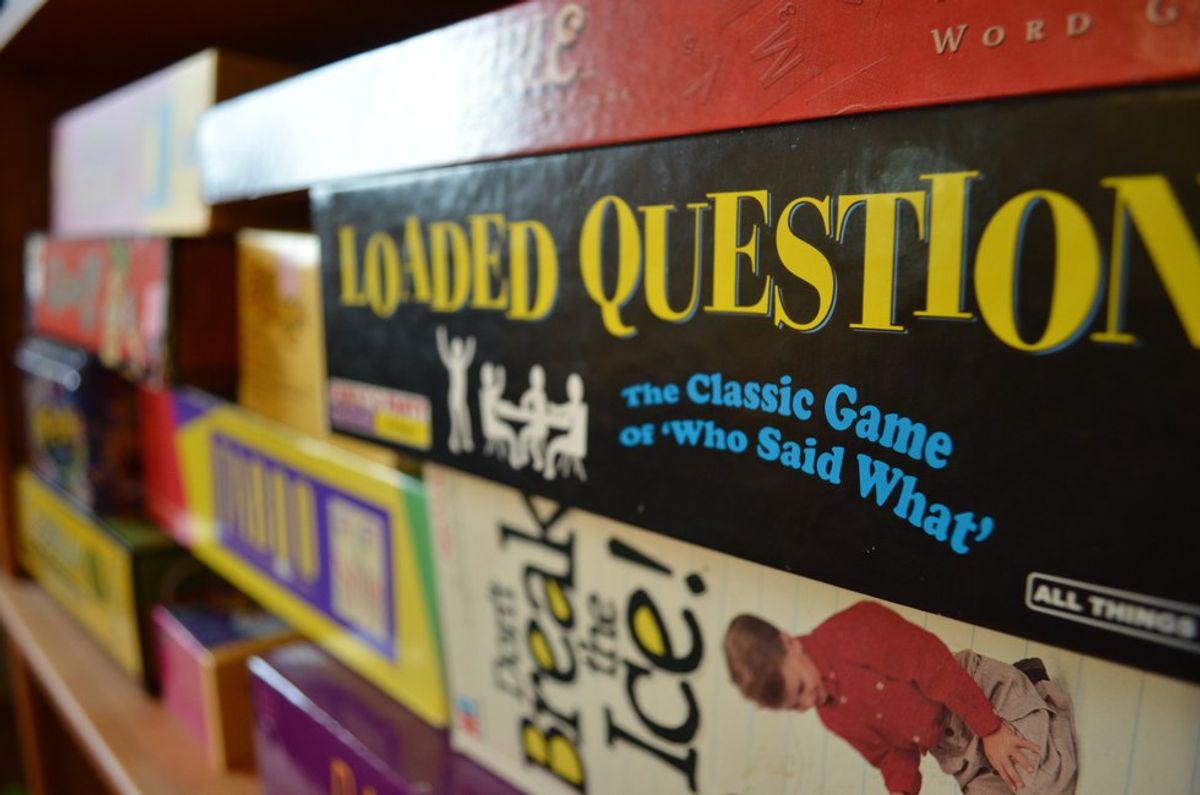 Board games are some of the best tools for having a good time with friends and making new ones, which is why every college student should have at least one of these in their dorm room.

This one of the silliest game I have ever played, but it is incredibly fun. On a player’s turn, they roll a dice to advance along the board. Next, they receive a card based on the space they land on and must do what the card says in order to avoid a penalty.

The cards can range in anything from a random trivia question to balancing your shoe on your head, or even breathing like Darth Vader when it is not your turn. It would be best to play with people who you are comfortable doing outlandish acts in front of, such as family or close friends.

Although technically a card game, Killer Bunnies still made the list. Each player works to protect their bunnies as they seek the extremely important carrot cards.

The ridiculous card names and crazy power-ups makes this game loads of fun. It is great for people who are not looking for a serious competition, as chance ultimately decides the winner.

Often compared to Risk, Settlers is a strategy game of building empires. Players must use resources acquired from the roll of a dice to build cities and roads. You are also able to make deals with other players to trade resources during your turn.

I enjoy this game more than Risk, as it is not a crusher of friendships and the games are significantly shorter.

Named after a French City, this unique strategy game has players take turns placing tiles to build a medieval landscape. Players earn points by placing their meeples (wooden pieces representing a character) to take ownership of cities, roads, and churches.

Points are awarded based on what a player owns. This is the perfect game for those who enjoy strategy and planning their moves ahead.

The main reason I enjoy Jenga is because of how simple it is. Virtually everyone knows how to play and it is easy to add more people if the game has already started. It is great for those who want to hang out and who want to socialize without interrupting the game.

If plain old Jenga is not your style, try rolling a dice, then remove that number of logs or try removing them with your eyes closed. Both are great ways to make it a lot more interesting.

In this game, one player draws a card, then reads a question. The other players write down their answer on a piece of paper. One player will then read the answers as the person who asked the questions tries to guess who wrote each one.

The best part about this game is how it can be played with serious answers and allows you to learn more about the people you play with, or, more often than not, can turn into a crude game with hysterical answers.