One Direction Saved Me From Drowning In Self-Criticism
Odyssey

One Direction Saved Me From Drowning In Self-Criticism

The real reason why One Direction, my favorite band, meant so much to me (and others!) 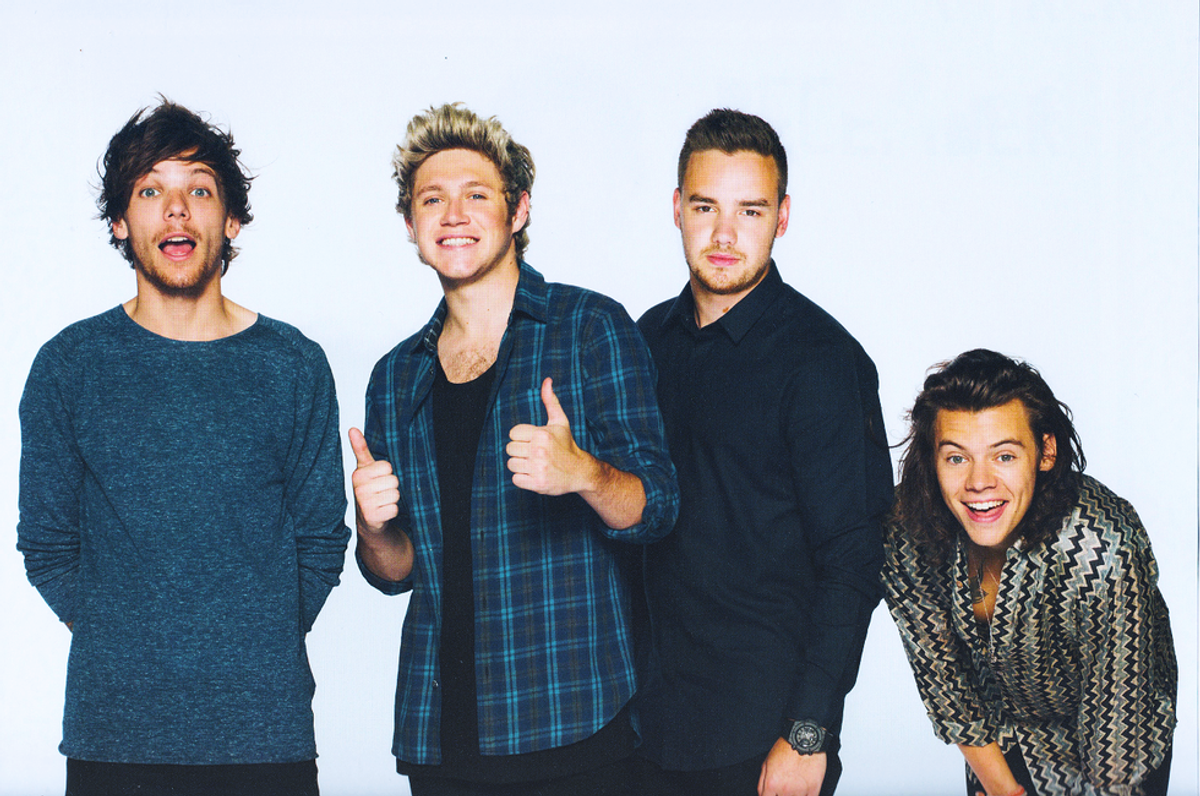 It's no secret that as a teenager, I thought my life revolved around One Direction. I was borderline obsessed, which I didn't think it was a bad thing. Millions of people are fans of at least one band or singer who they would do anything to see. I wasn't any different, and at the time I didn't truly understand why. I emerged myself into the world of 1D. I felt as if my life revolved around Harry Styles, Louis Tomlinson, Niall Horan, Liam Payne, and at one point in time, Zayn Malik. I wasn't myself if I wasn't thinking about the band members. I wasn't happy unless I was thinking about them, listening to their music, looking at their pictures, or watching them perform. As I look back on my 'obsessed' years, I realize that One Direction was (and is) such a big part of my life because the band distracted me from my self-criticism and dark thoughts.

Being a teenager is a very confusing stage in life. You don't really know who you are or what you want, your body is changing, you're in school and surrounded by mean peers, and you have no clue what you want to do in your future. It was 2011-2012, and I was a freshman in high school when I began to hear and fall for songs from 1D's Up All Night album. As a teen when you're put down by others because of your size, your looks, and your differences, you start to believe what you hear. One Direction's music, though, didn't make me feel bad about my body. Unlike those who put me down, and unlike my insecure mindset, the band sang pop music romanticizing love, beauty, and bliss. Wouldn't you rather listen to happy things like their pop music instead of your own thoughts questioning your worth, appearance, and traits?

The truth is, One Direction saved me from myself. I couldn't worry about being ugly when I was listening to their happy, lovey-dovey songs. I couldn't drown myself in thoughts about being too fat for anyone to ever care about when Styles sang lyrics like "you still have to squeeze into your jeans, and you're perfect to me."

There was no way for me to compare my 6 foot 1, plus-sized frame to other girls around me because I was too preoccupied with finding out what was next. Was it a tour? Or a movie? Or an award show? Or a red carpet? Or maybe a charity event? Whatever was happening, I tried to concentrate completely on it. I didn't care that years were flying by, or that I was expected to figure out who I was. All I knew about myself was that I loved this band and that they made me happy. I knew that Tomlinson, Horan, Styles, and Payne made me laugh, and without them, I might've remained under a dark cloud of self-doubt and hatred for all of those years.

Sure One Direction had millions of fans, but I felt special. Even though I never met or interacted with band members, I felt empowered by them. I felt important. And everyone deserves to feel important, especially in a time of darkness and need. Then at one point in 2013, One Direction finally interacted with me by answering a question I sent them and pointing me out from the crowd at a concert. I felt validated. I felt as if my love for this band hadn't gone unnoticed, that I was doing the right thing by caring for the five members of 1D.

One Direction didn't save my life, but I like to think the band did save me from a big depression in my teen years. I love Styles, Horan, Tomlinson, and Payne with nearly all my heart, and I don't think that love will ever grow old. I realize that people thought, and still think, I'm crazy for how much I cared for the band and for the extent of my love, but I cannot put into words how blissfully unaware the band made me from my problems.

To this day I dream about meeting band members or seeing them again in concert. That opportunity may come one day, or it may never come. But I will always be thankful for Harry, Niall, Louis, Liam, and Zayn. I know that if it weren't for them, I would have brainwashed myself into believing what others said about me: that I really was a fat b*tch, an ugly cow, a girl who no man could ever love, a jolly green giant, a person to laugh about, or a person who disgusted others by merely my appearance. One Direction made me feel good about myself. And for that, I'm forever grateful.

Kids are mean, but there will always be good people out there to save and support you from negativity. For me and many others, those good people were Harry, Niall, Louis, Liam, and Zayn. Thanks, guys!