One Direction: From Boy Band To Man Band
Odyssey

One Direction: From Boy Band To Man Band

A look at how One Direction could outlast previous boy bands. 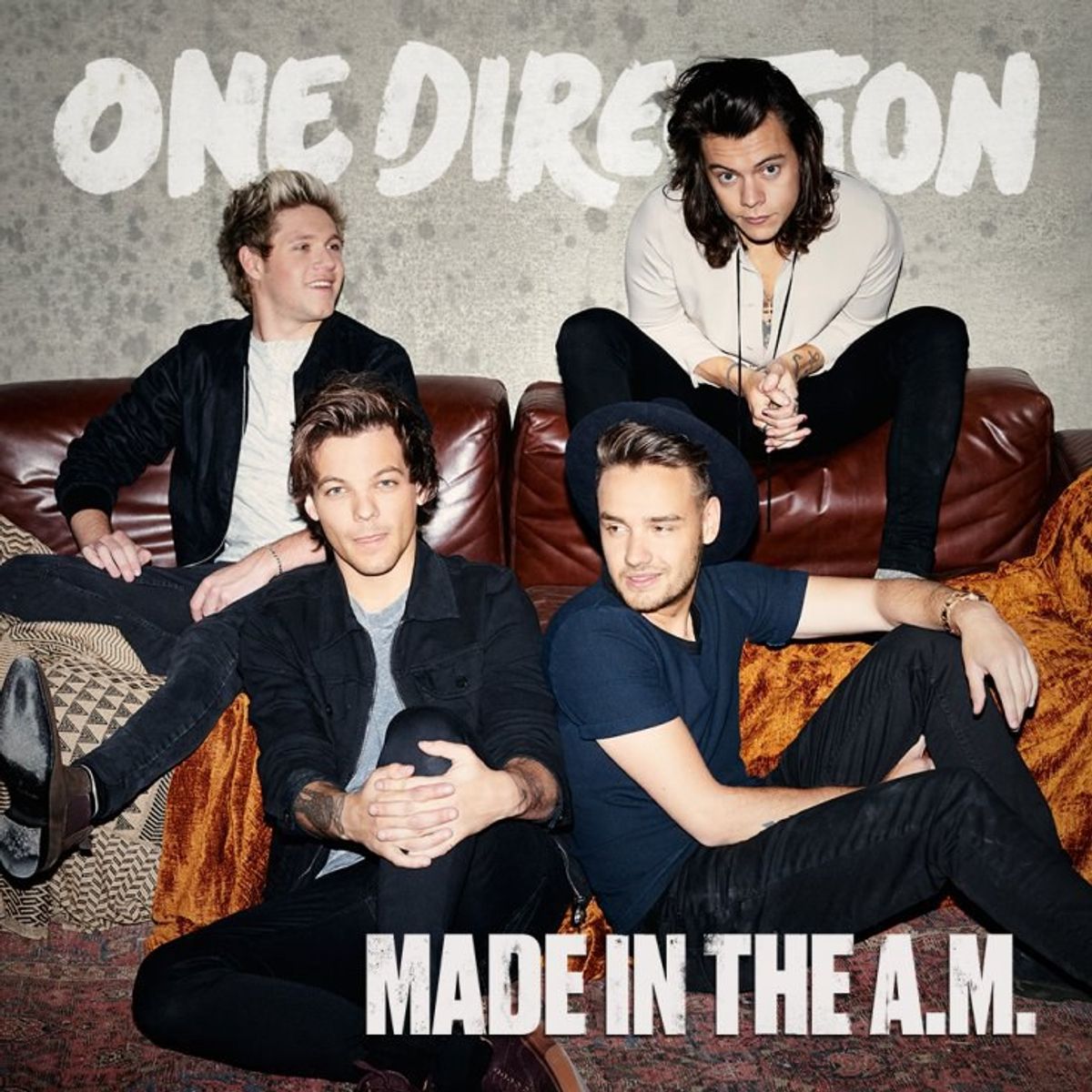 For every generation, the trend of boy bands seems to capture the hearts and wallets of teenagers across the world. In the early 1990s and early 2000s, groups like NYSNC and the Backstreet Boys were selling out arenas. Even the Baby Boomers had bands like The Beatles and the Beach Boys. Recently, the group that has been at the top of the charts is One Direction.

At the height of their popularity, the shelf life of boy bands is usually a short period of time, spanning between two and five years. This short time frame is due to the fact that after a few years, the target audiences for the groups tend to get older and start to listen to different, and usually better, music.

With the recent release of their fifth studio album, called “Made in the A.M.,” One Direction may be the first boy band to avoid this trend.

The group from across the pond has already beat their boy band predecessors in album releases, with NSYNC and Backstreet Boys only releasing three studio albums at their peak moments of popularity. Although the bands have released several reunion or greatest hit albums since then, One Direction has released an album a year since their record deal in 2011.

One Direction made their first group appearance when original members Liam Payne, Harry Styles, Zayn Malik, Niall Horan, and Louis Tomlinson appeared on the U.K. version of the talent competition, “X Factor.” After coming in third place during the competition, the group was given a record deal by Syco Music founder Simon Cowell.

With each of their five albums, the sound of their music has progressed from the stereotypical “bubblegum pop” sound, to a more alternative and acoustic sound. The evolution of their music is also another reason that One Direction could be the first boy band to successfully make the transformation into a "man band."

The involvement of the members in the writing process of the songs also helps influence a more mature feeling to the music, because each member is able to incorporate his own style of music into the songs. Currently, members Louis Tomlinson and Liam Payne have the most writing credits.

As the fans of One Direction get older, the band continues to have their music grow with them.

Evidence of this evolution could be seen in their second album, “Take Me Home," when the group worked with Ed Sheeran on their hit song “Little Things."

As their albums have progressed, the sound continues to change.

Their fifth album, “Made in the A.M.,” has stayed in the number four spot on the iTunes charts, after being released two weeks ago.

This album has several examples of the maturation of the group’s music, from the sweet and acoustic sounding “I Want to Write You a Song," to the Beatles-inspired song, “Olivia.”

Although the songs in this album have more of a rock-and-roll influence, One Direction points back to their pop star roots in the upbeat and fun “End of the Day."

Last spring, the boy band took quite the hit after their former bandmate Zayn Malik left the group for personal reasons. Malik was an important member of the group, often taking on the high notes in the songs, but with Malik gone, the rest of the group has been able to show off their vocal range.

With their success, One Direction has been touring and performing non-stop over the past five years. After the release of their fifth album, One Direction has decided to take a break in 2016, which means there are no plans for a tour with the new album.

The announcement of the hiatus created many rumors about the end of One Direction, but according to Payne, Horan, and Tomlinson, the group is just taking a well-earned break.

Including their gap year, One Direction will have been a band for around seven years. This will be the longest time that a boy band has stuck together.

The end of the break is planned for 2017, and when One Direction comes back, the world will be waiting for what they will do next.