On The Importance Of Dreams

On The Importance Of Dreams

Your mind knows what it's doing. 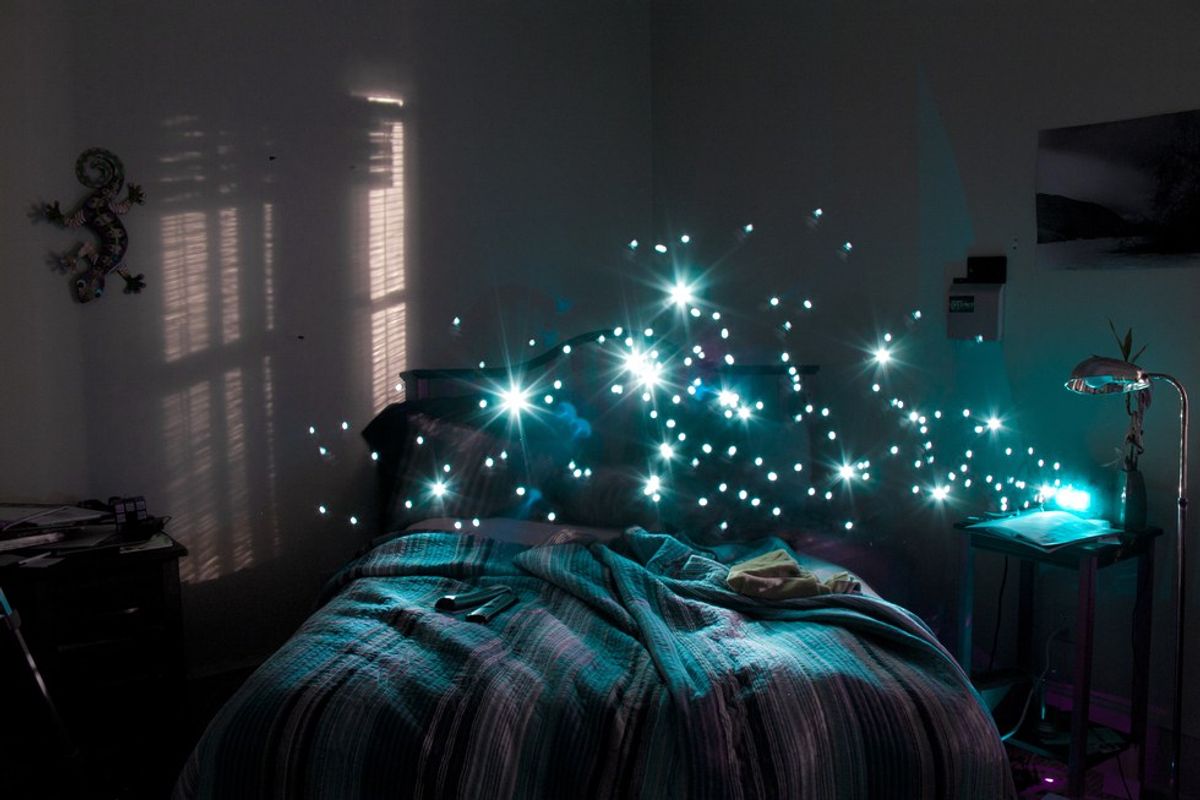 You finally fall asleep after a long night of studying for a midterm that has had you worrying all week. You wake up in the morning crying, thinking you failed until you realize it was only a nightmare. Or maybe you go on a really great date, and you fall asleep with a smile stretched wide across your face. When you wake up, you blush, embarrassed to realize your date made an appearance in your dream.

Or maybe you have a very average day, and you fall asleep with an “empty” mind. You see dragons and giant hamburgers, and, when morning hits, you have no idea what you were thinking during your time in REM sleep. These different dreams are more than just entertaining conversation-starters for later in the day. It turns out that dreams are a very crucial part of our development as emotional, thinking human beings.

According to an article from the Scientific American, our dreams are stories formulated by the brain in order to process emotions and create memories of them, essentially “deactivating” the emotion. Dreams are produced in the visual cortex, connecting them to both visual processing and emotional/visual memories. A study from the Sleep and Neuroimaging Lab at UC Berkeley shows that a lack of dreaming affects “our ability to understand complex emotions in daily life.” Processing emotions while asleep ultimately allows us to better process emotions while awake, a necessary function as members of society. Dreams are directly connected to emotions, hence making dreams a critical component to our existence as responsive human beings.

I have grown up in a household where psychological discussions were common dinner conversations. Analyzing my dreams has been like a pastime of mine. In my high school AP Psychology class, we had an assignment to evaluate some of our dreams, researching different events, symbols, and emotions that are associated with specific meanings. I once woke up from a dream that took place in a pool of water deep inside of a cave. I was floating on a weak, rubber raft, surrounded by tiny glass sharks.

I researched sharks, darkness and other distinct elements of the dream in order to uncover some sense of meaning to what seemed like nonsense. This was around the time I was researching colleges, and what I concluded was that I was anxious about the uncertainty of my decisions regarding my future. Sharks often represent anxiety, and darkness represents the unknown. The raft was the instability of it all. This odd dream about glass sharks and dark caves was just my brain processing the jumbled emotions I had regarding adulthood.

That was over two years ago. It was a recurring dream a few weeks ago that has my mind stuck on the topic like glue. Without getting too personal, I have become very familiar with death over the past four years. However, I never realized that it had affected me much until this dream when I woke up worried and afraid. It was a series of three similar events, each involving loss. At first, my umbrella went missing, which I assume was just a manifestation of the time I lost my umbrella last semester; not a big deal. The second part was exactly the same, but this time, my umbrella was my dog. Lastly, it was one of the most important people in my life. Though much of it was literal, it took some analysis to really uncover the truths behind what may have seemed like just an emotionally distressing nightmare.

Some dreams never truly leave us; they are the first to come to mind when dreams pop up in conversation. My most memorable dream has even been given a specific title—The Whiteberry Blackbird—though that story is for another time. Unfortunately, this dream lived in a 5-year-old Olivia’s mind, too old now for me to ever accurately decipher. However, it’s a dream that is just as vivid today as it was nearly 14 years ago. Even if we don’t always know why, our dreams are often significant moments in our development. It is worth it sometimes to take a step back and think about the jumbled thoughts from the night before, because maybe, just maybe, you’ll understand yourself a little bit more.

Madison Franz
The Narrative
1110794
Photo by Brooke Cagle on Unsplash

Madison Franz
The Narrative
651238
Photo by Manny Moreno on Unsplash