The Brooklyn emcee, considered one of the greatest, never got to see the impact of his legacy 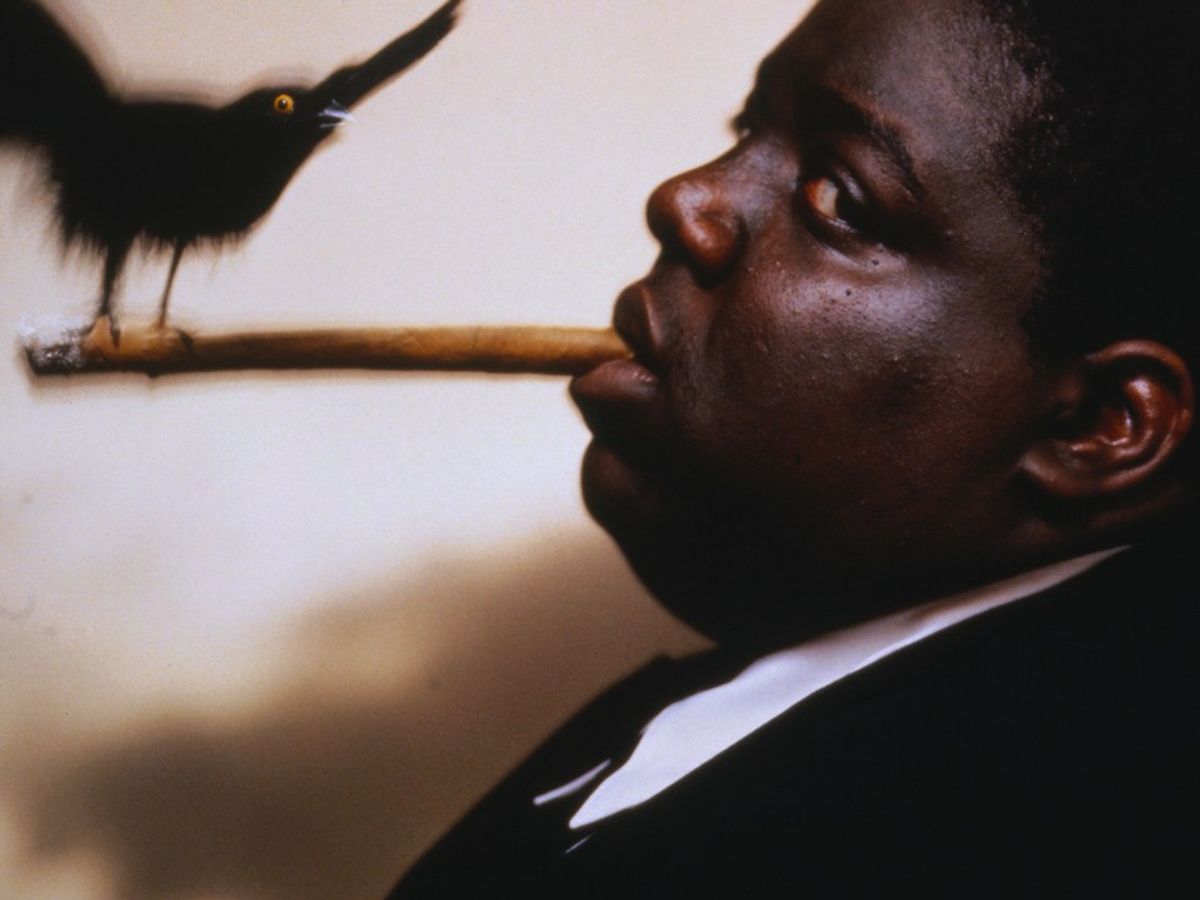 In the days when rap was still played from cassette tapes, when Brooklyn's Bedford-Stuyvesant neighborhood wasn’t filled with upscale cafes and wine bars, and when crack-cocaine was taking its toll on inner-city neighborhoods across the country, a young, overweight Jamaican-American emcee used to freestyle on Fulton Street to the delight of neighborhood residents. In his rhymes, he claimed to have grown up poor in Bed-Stuy, but in reality, he was more middle class than working class, attended Catholic school and his home at 226 St. James Place was on the border between Bedford-Stuyvesant and the more stable Clinton Hill neighborhood. “My son wasn’t the pauperized kid he made himself out to be,” his mother would recall years later. His name was Christopher Wallace, and he was one of the greatest rap artists of all time. Last Wednesday was the 19th anniversary of his death.

While he may have exaggerated the impoverished conditions of his childhood, the young man who would grow up to be known as The Notorious B.I.G., aka Biggie Smalls, did sell crack in his youth. It would be his experiences with drug dealing that would lay the blueprint for his rap lyrics, lyrics that would eventually catch the ear of Harlem producer Sean Combs, then known by the name Puff Daddy. Puff had just been fired from his first job at Uptown Records but went on to start his own label, Bad Boy, without missing a beat. Biggie would follow Combs to Bad Boy, and together the two men would make hip-hop history.

Considering the sound of his early hits, it’s appropriate that the Notorious B.I.G.’s first professional appearance would be on an R&B track, the remix to Mary J. Blige’s “Real Love”.

In taking Biggie’s gritty voice and grittier raps and putting them over smooth R&B and soul samples, Combs and the Notorious B.I.G. came up with a winning, albeit ironic, formula for "Ready to Die," the Notorious B.I.G.’s debut album released in 1994.

In the early 1990s, the public’s attention had shifted to West Coast hip-hop, especially the music released by Dr. Dre and Suge Knight’s record label Death Row. By renouncing the more skeletal, hardcore beats popular with East Coast rap artists at the time, Puff Daddy formulated the Bad Boy sound, one that was based on past pop songs that had already become hits. With Biggie’s rough street raps over Combs' silky production, The Notorious B.I.G.'s records sounded less like other East Coast hip-hop and more like Death Row's radio-ready G-Funk records. With "Ready to Die’s" singles “Juicy” and “Big Poppa," Bad Boy not only managed to put its own spin on the popular sound of the time but to dethrone Death Row as rap’s mecca of hits. The East Coast was back on the map, and Biggie’s sound would pave the way for later New York rappers for years to come. Anyone who doubts the impact Biggie had on East Coast hip hop only need compare “Juicy’s" revelry in living the dream and overly conspicuous R&B sample to Jay-Z’s hit “Izzo (H.O.V.A.)” which came out seven years later.

"Ready to Die" sold several million units after its release, but it would be a mistake to attribute too much of the record’s success to Puffy’s beats. Biggie’s uncompromisingly harsh and dramatic lyrics and instantly recognizable voice backed by a personality that dripped charisma and charm on and off the mic were the real selling points of the album. On one of the most memorable cuts, “Gimme the Loot,” Biggie took on a dual persona, switching readily back and forth between two characters (and their voices) as they illustrated the finer points of street stick-ups:

Yo Biggie let me get the vest”

“No need for that, just grab the f***ing gat

The first pocket that’s fat, the tech is to his back”

(On an interesting note, I was under the impression the track featured a guest rapper for years before someone corrected me.)

Wallace had become a star, but his career became more difficult after the release of "Ready to Die." Much is known and has been written about California rapper Tupac Shakur’s problems with The Notorious B.I.G. Their “so-called beef” (to use Biggie’s words), and subsequent murders are often focused on to the point of ignoring the two men as artists. Because this article is a celebration of Biggie’s life and music (which never included any disses aimed at Tupac despite what the West Coast rapper threw at him), this will be the last time that feud is mentioned. Instead, I think Biggie’s reputation outside of the Bad Boy-Death Row troubles is a more appropriate subject to broach.

Biggie was such a talented emcee that he was well known among other rappers for his prodigious skill. Many of his collaborators were impressed that the emcee wrote his rhymes entirely in his head, never using a pen or paper. He was also celebrated for his dynamic and varied flow. Nowhere was this more apparent than on “Notorious Thugs” a collaboration between Biggie and the Cleveland group Bone Thugs~N~Harmony that appeared on Biggie’s second album, Life After Death. It’s notable that Bone Thugs, famous for their tongue-twisting rhymes, were blown away by Biggie’s performance on the song. “ . . . When we heard his verse . . . it was really emotional,” remembers Bone Thugs member Krayzie Bone. “I was like, ‘yo, this [dude] murdered everybody on the song, no lie!'” With performances like the one given on "Notorious Thugs," it's little mystery "Life After Death" eventually received a diamond certification by the RIAA.

On March 9, 1997, two weeks before "Life After Death" would be released, The Notorious B.I.G. was shot to death in Los Angeles. To this day, the question of his murderer’s identity remains unknown. It is unlikely that the events surrounding Christopher Wallace’s death, or the death of his West Coast counterpart, will ever fully come to light. What is known, however, is the lasting impact Biggie had on rap music, his status as an influence for a generation of emcees from both coasts and his talent for writing lyrics filled with violence, comic wit, painful introspection and flamboyant braggadocio. Perhaps at times we should have called his music contradictory or gratuitous, but the man was so talented (he's almost universally considered one of the best of all time despite only ever releasing two albums -- think about it) that we never called him out on the small things. Perhaps his legacy is best summed up by an incident shortly after his death when Brooklyn teacher Geneva Harris took her kindergarten class on a field trip to see Biggie’s childhood home. Asked about it later Harris said simply, “I want them to know what he was and what he became . . . He’s from around here and he succeeded in life. I want them to know they can accomplish their goals.”

Nicole Marie Nigro
Individual Creator
6286
c1.staticflickr.com
Where to start...... Let me start with the cliche that life throws us curveballs and what we do with it is what counts.